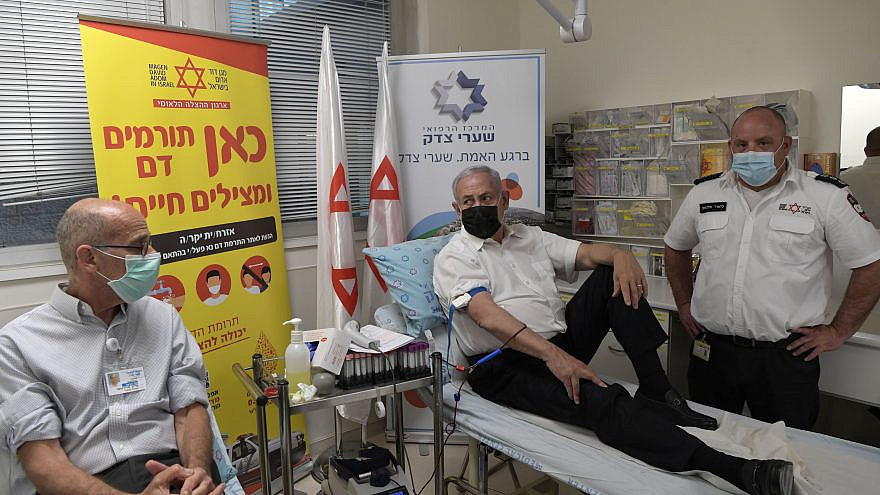 Following the tragedy at Israel’s Mount Meron on Thursday night in which 45 people were killed and many more injured, blood donation sites were set up nationwide on Friday.

The public answered the call, and by the close of business, 2,208 donations had been collected. Donors included Israeli Prime Minister Benjamin Netanyahu, who gave blood at Shaare Zedek Medical Center in Jerusalem.

“Like many citizens of Israel, I have come to donate blood as an act of solidarity with the injured and with the terrible tragedy that occurred here. At critical times, our people come together and this is also what we are doing now,” said Netanyahu, according to a statement from his office.

Magen David Adom thanked the public for their quick response, and urged people who haven’t donated yet to do so.