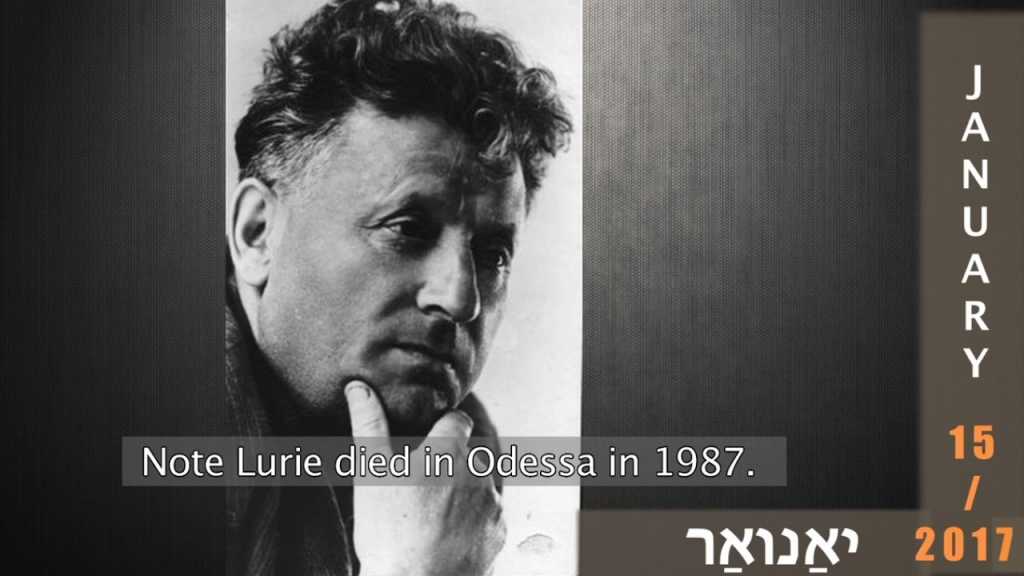 He was born in the old Jewish colony of Roskoshnaia, Zaporozhye (Zaporizhia) district, Ukraine.  During a pogrom in 1919, the majority of the residents in the colony were massacred, and he moved with his family to Huliaipole.  He studied in religious primary school, and privately during the revolutionary and Civil War years.  In 1924 he entered the Jewish pedagogical technicum in Minsk and became a member of the Minsk group that assembled around the newspaper Der yunger arbeter (The young worker); in 1925 he debuted in print with a story in Yungvald (Young forest) in Moscow.  Over the years 1926-1931, he studied in the Yiddish division of the Second Moscow State University.  He worked on the editorial boards the Moscow periodicals: Pyoner (Pioneer) and Yungvald.  In 1929 he published a longer story, “Baynakht af pashe” (In the pasture at night), in Der emes (The truth), which introduced him to the larger world of literature.  His main topic was the life of ordinary Jews in villages, especially those far from the social and economic processes transpiring with collectivization.  Over the years he published stories in all the Soviet Jewish newspapers, periodicals, and anthologies in Moscow, Kiev, Kharkov, and Minsk.  In 1932 he brought out the first part of his life work, Der step ruft (The steppe calls) (Moscow), 206 pp. [second edition (1934), last edition (1941)], which was dedicated to the same rural theme.  This novel brought him recognition as a prime example of realism, was included in school programming, and won enthusiastic acclaim from Dovid Bergelson, Moyshe Litvakov, and other writers.  In readers’ and writers’ circles, he was even anointed as the “Jewish Sholokhov.”  From 1931 to 1941 he was resident of Odessa, and he was one of the central figures in Soviet Yiddish literature.  Der step ruft was translated into Russian, Ukrainian, and other languages, and it was performed on the stage.  The second part of the novel soon appeared in print, and shortly after the war part three as well.  With the outbreak of Soviet-Nazi war, Lurye was mobilized, and he was at the front for the entire war.  He was arrested in the early 1950s together with other Yiddish writers and was sentenced initially to a term of twenty-five years in prison which was subsequently reduced to ten years.  After Stalin’s death he was set free (April 27, 1955), and he lived in Odessa.  In the post-Stalin years, he went on to produce major works, essays, and numerous stories.  He served on the editorial board of Sovetish heymland (Soviet homeland) in Moscow from its first issue in 1961.

“Note Lurye wanted to be,” wrote Shmuel Niger, “a priest of proletarian literature—and he became its victim.  Had that not been the case, he would certainly have been more original and profound.  He surely had artistic talent.  He demonstrated this when he left the class struggle for a while to nature, and when he felt free of control.”