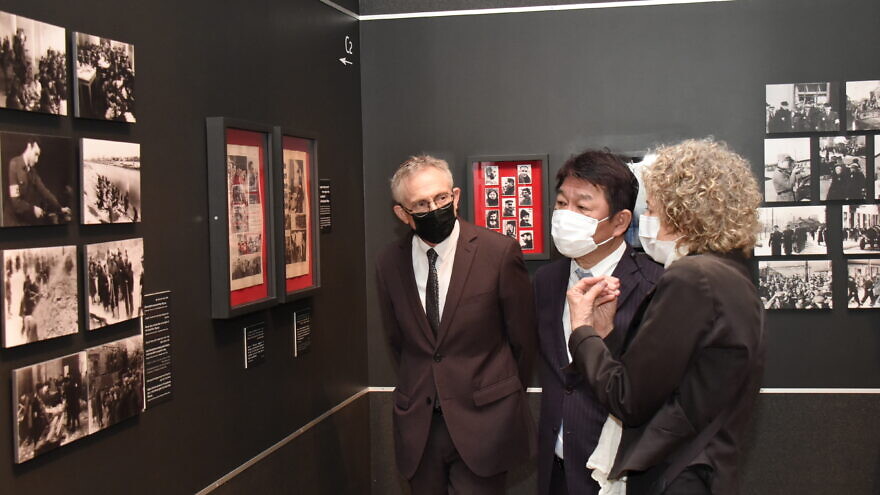 Motegi toured the current exhibit, “Flashes of Memory: Photography During the Holocaust.” He also participated in a memorial ceremony at the Hall of Remembrance and observed the tree planted at the “Garden of the Righteous Among the Nations” in honor of Chiune Sugihara, who died in 1986 at the age of 86.

Sugihara was a Japanese diplomat, the first to have served in Lithuania, during World War II. On his own initiative, he issued handwritten transit visas in 1940 to more than 6,000 Lithuanian Jews, enabling them to escape Nazi-occupied Europe. He continued to do so for more than a month until the Japanese consulate was closed. More than 40,000 descendants of those Jews are believed to be alive today because of his courageous actions.

Motegi also viewed the Children’s Memorial, which is a tribute to the approximately 1.5 million Jewish children who were murdered during the Holocaust. The visit concluded with his signing the visitor’s book at the Holocaust memorial and museum.