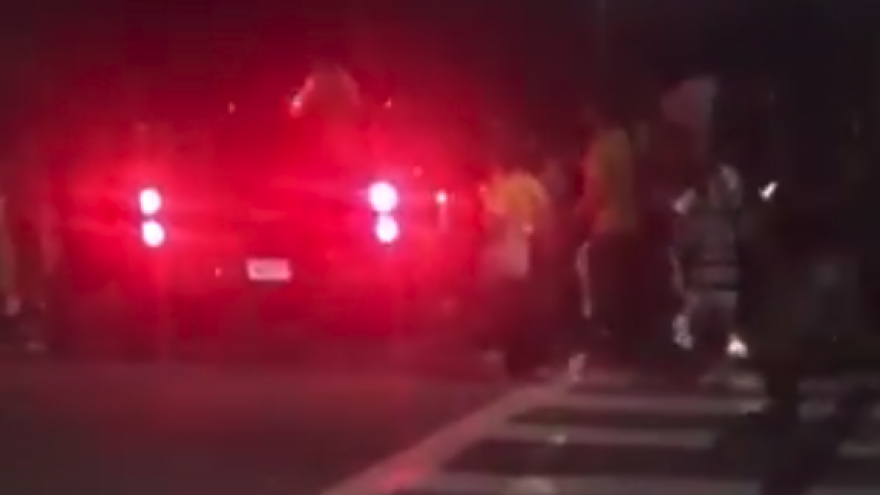 Several Jewish protesters were injured on Wednesday evening when a pickup truck drove into their demonstration outside a U.S. Immigration and Customs Enforcement (ICE) detention center in Rhode Island.

The majority of the injuries, however, were related to pepper spray. No serious injuries were reported.

Initial reports indicate that approximately 250 Jews and supporters had gathered at the Donald W. Wyatt Detention Facility in Central Falls, R.I., to protest current U.S. immigration policy, with more than 30 people blocking the entrance to the center’s parking lot. Multiple participants were placed under arrest.

Video of the event, which was organized by a new group called Never Again Action, showed a black pickup truck, at approximately 9:45 p.m., driving 10 to 15 miles per hour into a group of about 30 individuals sitting and blocking the street. Some people screamed and ran, while others chanted “the whole world is watching” and surrounded the truck.

No one appears to have been directly hit by the vehicle.

“Oh my god,” the group tweeted. “An ICE Detention Center guard just drove their truck straight through a line of us sitting peacefully to block the parking lot. There don’t appear to be major injuries, still assessing the situation, police are moving in *on us* now.”

Never Again Action alleged that a U.S. correctional officer was the driver of the truck and said pepper spray was used against protesters, who were also pushed by guards immediately after the incident.