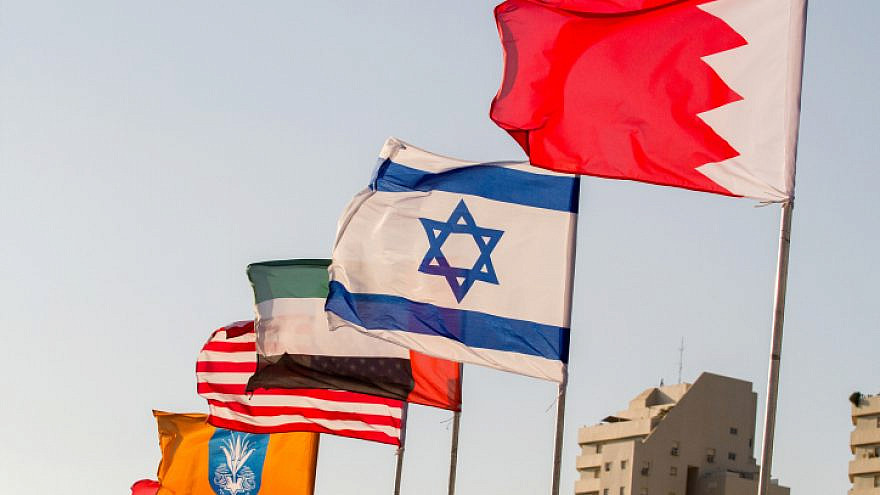 Jews in the Gulf will commemorate Holocaust Remembrance Day this week together with Muslims, through a program hosted by the Association of Gulf Jewish Communities (AGJC), the group announced on Tuesday.

“The event will include young Muslims from Bahrain and the United Arab Emirates who will share their experience visiting Yad Vashem [in Jerusalem] for the first time and learning about the atrocities of the Holocaust,” said the statement.

“On Thursday, April 8, at 7 p.m. in Bahrain, Kuwait, Qatar and Saudi Arabia (8 p.m. in Oman and the United Arab Emirates), the AGJC will host a webinar moderated by Emily Judd from the Higher Committee of Human Fraternity featuring young Muslims from Bahrain and the United Arab Emirates who will discuss their experiences visiting Yad Vashem. Later on, they will be joined by members of the Jewish community in the Gulf and together, they will discuss how Muslims and Jews can work together to create a new Middle East.”

Israel, the UAE and Bahrain have recently signed normalization agreements, paving the way for improving Arab-Jewish relations in the region.

“Also, for the first time ever, the Jewish communities of Bahrain and Dubai will be participating in the Yellow Candle Project, the global communal effort to remember victims of the Holocaust, whereby members from each community will light a yellow candle in memory of the name of Jews who perished during the Holocaust,” said the AGJC, the umbrella organization for the Jewish communities of the Gulf Cooperation Council (GCC) countries that are building and enhancing Jewish life in the region.

The project includes an educational website that allows participants to explore age-appropriate themes within Holocaust education, according to the organization.

“It is truly remarkable that we can celebrate Yom Hashoah so openly this year in the Gulf, both as the broader Jewish community of the Gulf and in our individual communities,” said Rabbi Dr. Elie Abadie, rabbi of the AGJC and senior rabbi of the JCE.

Ebrahim Dawood Nonoo, president of the AGJC and The House of the Ten Commandments, said, “Yom Hashoah is both a day to commemorate the travesties which took place during the Holocaust, as well as to look toward the future and build a better world for the next generation so that it does not happen again.”

Jews living in the Gulf, he said, were “blessed” not to have to experience anti-Semitism.

“This is due to our close relationships with our Muslim neighbors as we look out for one another,” he said. “Therefore, it was important for us to also include a component of our program focused on how Muslims and Jews can build a new—and better—Middle East with a united front.”