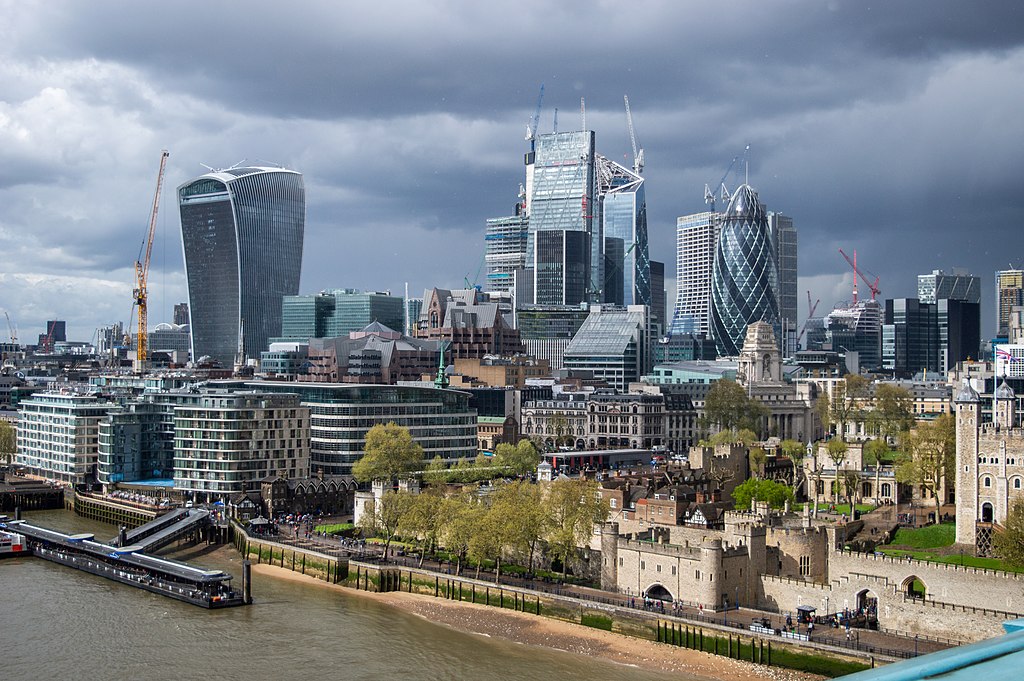 Peter Stansky born in Manhattan, graduated from Yale, Harvard, and King’s College, Cambridge where he earned his doctorate studying the late 19th century Liberal Party. He taught at Harvard and since 1968 has been associated with Stanford University.

He has published at least 20 books with Chicago, Harvard, Oxford, Stanford, and Yale University Presses as well as leading trade book publishers such as Farrar, Straus and Giroux, Alfred A. Knopf, Little Brown, and Norton. He has two volumes on the Spanish Civil War, two on World War Two, two on George Orwell, four volumes on William Morris, and one on Prime Minister William Ewart Gladstone. 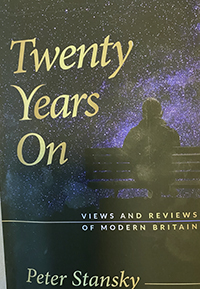 In 2020 Stansky parted company with established publishers and self-published Twenty Years On, Views and Reviews of Modern Britain. Pinehill Humanities Press is named for Stansky’s neighborhood and has only one title. He could have called it New Stansky Press. The book is a conversation with the reader about the historical profession, teaching, students, writing, and his long-time co-author William Abrahams.

Stansky’s autobiographical preface attempts to answer, “what may have led [him] …to become a historian of Britain.” The answer is warm, funny and human. Twenty five essays written in the last 20 years provide an interesting and informative narrative and further autobiographical insights.

Six essays discuss William Morris and the Arts and Crafts Movement. The Morris collections in Adelaide, South Australia, reveals the affection and international spread of the Morris craft. The Morris style also shows up in the Mission Inn in Riverside, California, designed by Mission Revival architect Arthur Burnett Benton. My wife and I stayed there in the late 1960s and remember the chair in which 325 to 350 pound President William Howard Taft sat.

Five essays discuss the Bloomsbury Group to which Stansky has devoted much scholarship. The longest essay is about the Hogarth Press started by Virginia and Leonard Woolf in Richmond in 1917. They produced over 525 titles. “Virginia loved being published by her own firm, not having to be in any sense subservient to an editor.” Now that’s self-publishing. James Joyce offered the Woolfs “Ulysses” but the overbig job came with risks of obscenity prosecution. American Sylvia Beach of Shakespeare and Company in Paris published Ulysses. Virginia committed suicide in 1941. Chatto and Windus acquired Hogarth in 1946.

Five essays on George Orwell relate Stansky’s 70-year interest in England’s greatest 20th century writer. Stansky met William Abrahams in 1960. Their two books on Orwell appeared in 1972 and 1979. My Orwell interest started in the early 1960s. Influential essays prompt the reader to pursue the author and dig deeper into the subject. I reread Orwell’s “Such, Such were the Joys,” about his wretched boarding school experience written about thirty years after the events and published posthumously in 1952. I look forward to reading Orwell’s Nose: A Pathological Biography (2016) by John Sutherland.

Stansky published two biographies of English Jews, Sassoon, The Worlds of Philip and Sybil (Yale 2003), and Leonard Woolf: Bloomsbury Socialist (Oxford 2019). Leonard married author Virginia Stephen in 1912. Leonard, a “penniless Jew,” an atheist, and colonial civil servant in Ceylon (Sri Lanka) became disaffected with the oppressive imperial system and resigned. He wrote The Village in the Jungle (1913). “Bloomsbury was fundamentally anti-imperial.” I read Woolf’ Empire and Commerce in Africa (1919) in the late 1960s. George Orwell quit the Burma police in the 1920s and published Burmese Days in 1934.

King Edward I expelled the Jews from England in 1290. Oliver Cromwell, regicide and republican, readmitted them in 1656. Jews could vote in elections but could not sit in Parliament because they would not take the oath on the Christian Bible. The passage of the emancipating Jewish Relief Act of 1858 lifted that bar. In “Is a Jew English?” Stansky focuses on the conundrum presented by novelist Prime Minister Benjamin Disraeli and the Sassoon family.

The population of England in 1951 was 38.6 million, in 2019 it was 56.2 million. England’s Jewish population, fed by WWII refugees, peaked at 410,000 in 1955. In 2011 Jews numbered about 269,000. The decline is due to the lure better economic and educational opportunities in other English speaking countries and Israel. Recent Labour Party anti-Semitic antics, Brexit and the Muslim population being ten times the number of Jews, may contribute to a further decline in England’s Jewish population.

Professor Stansky, in his ninth decade, demonstrates experience and wisdom observing another another plural society, “In the United States we are a nation of immigrants, although one with intense problems of racial discord and issues over illegal residents.” In the chapter on Winston Churchill and the Blitz Stansky makes other comparisons including Mayor Rudy Guiliani’s response to 9/11. Stansky recognizes that “Present events have to be used with care, but it is obvious that all historians are influenced by them.”

Stansky’s last essay is on Simon Schama’s presenting history on television. Had he waited a little longer he could have included the Netflix production of  “Bridgerton.” He closes with a bibliography of his works published between 1999 and 2019, seven books, and 97 articles, reviews, contributions to books, and pamphlets. His 37.4 linear feet archive at Stanford awaits a biographer.