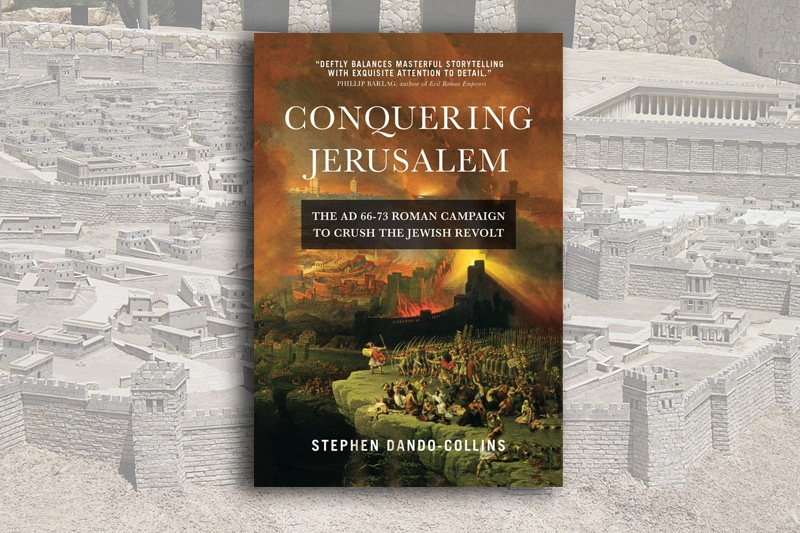 Intrigue, maneuvering, scheming, plotting, and murder highlight the years from Herod’s reign to the Jewish rebellion against Rome, beginning in 66. Herod, the Great, acting more like the King of the Jews than a Jewish king, ascended to the throne in 37 BCE. His rule lasted forty-one years. From the beginning, Herod established himself as absolute monarch, first by eliminating the power of the Hasmonean dynasty, which governed Judea for more than a century, along with Jewish nobility, executing more than forty of them and confiscating their property. Herod, remembered as expanding the Second Temple and producing a magnificent structure, did little else to ingratiate himself with the Jews, choosing instead to become a sycophant of the emperors.

After his death, Rome tightened its grasp on Judea, dividing it into smaller segments controlled by various procurators, Pontius Pilate, arguably the most famous. Yet, by all standards Florus (64-66 CE), the last procurator, was the worst. A riot broke out when he attempted to appropriate seventeen talents from the Temple treasury, causing the Jews of Jerusalem to ridicule him by passing around a basket to collect funds, as though he were an indigent. Consequently, Florus unleashed a contingent of Roman soldiers on them, resulting in many notable citizens being nailed to crosses, including Bernice the sister of Agrippa II, the great-grandson of Herod.

Florus required penitence, demanding Jerusalemites appear at a solemn reception for two Roman cohorts travelling from Caesarea. When the soldiers tried to return this friendly gesture, the people showed their contempt for Florus, attacking and overrunning them, only ending the carnage when they fled and took possession of the Temple Mount and the Antonia fortress, located on its northwest corner.

During these tempestuous events with Florus in Jerusalem, the sicarii, the radical arm of the Jewish nationalist party, founded by the priest Zadok and led by Menahem ben Judah with the goal of throwing off the yoke of Roman rule, made their way to Masada, the hill-top fortress built by Herod, positioned on the edge of the Judean desert. The insurgents captured Masada, killing the Roman solders, and capturing their weapons to carry out other offensive campaigns against Rome and its despotic rule over Judea and the Galilee.

Conquering Jerusalem, military historian Dando-Collins’ latest book, begins in the year 66 CE with the successful stealth attacks against Masada, Machaerus, and other Roman-occupied fortresses. The book follows a historical timeline from the feeble and disastrous counter offensive led by Syrian proconsul Gallus to the conflagration destroying both the Jewish temple and Jerusalem.

Dando-Collins describes a furious Emperor Nero, in February 67, ordering General Vespasian to sail to Judea and end the revolt. Vespasian selected his son Titus to be his deputy commander, and together, planning to “quash all opposition in Galilee and Samaria, isolating Jerusalem, before setting out to conquer the city.”

Along with thousands of foot soldiers, cavalry, and archers, Vespasian and Titus marched on the large, rebel-held city of Jotapata (Yodfat in Hebrew), in the lower Galilee, which held out for 47 days before surrendering. The partisan general, Josephus, fled the city and hid before it fell, only to be discovered by Roman troops and brought before Vespasian, who spared his life after Josephus prophesied the general would be appointed a Roman emperor. Josephus stayed by Vespasian’s side and later by Titus’ side for the duration of the war, acting as translator and even as Titus’ representative in his numerous abortive attempts to get the Jerusalemites to surrender, saving their lives and their temple. Soon after Jotapata capitulated, the rest of the Galilee, particularly Tiberius and Taricheae, along the Sea of Galilee, and Gamala and Gischala, in the Golan Heights, fell into Roman hands.

Nero’s death in June, 68 CE changed everything: Turmoil brewed in Rome, as different military factions pushed forward their preferred candidate, creating a halt to the Judean campaign. During the eighteen months after Nero’s death, Rome experienced a civil war, a time known as “The Year of the Four Emperors,” ending only in December, 69 with the ascension of Emperor Vespasian.

Dando-Collins recounts how the Jews, wasting no time during this lull, built up defenses, especially adding an extra wall around Jerusalem. Yet, internal conflict among the leadership severely weakened any chance the partisans had to defeat the powerful Roman military. Eleazar ben Simon and the Zealots he led saw Simon Bar Giora and his Jewish faction as a threat, and their ensuing battle in Idumea inflicted heavy casualties on the Zealots, forcing them back to Jerusalem. With this success, 25,000 Idumean infantrymen joined with Simon.

John of Gischala (John of Gush Halav), a rebel leader in Jerusalem, attacked the Zealots, forcing them into the Temple, and terrorized the city. To stop this, High Priest Matthias ben Boethus invited Simon and his party into Jerusalem to deal with John. However, as soon as they entered, Simon and his band set themselves up as rulers against the wishes of the other factions. Internal struggles ensued resulting in the death of thousands of Jews, the destruction of stored food, and the resetting of alliances. The failure of Simon Bar Giora, Eleazar ben Simon, and John of Gischala to establish unity of command greatly contributed to Jewish defeat.

Against this backdrop, in April 70, Titus and the Roman army encamped just outside the walls of Jerusalem—on Mount Scopus and the Mount of Olives, taking just four months to break the walls and sack the city. Josephus claims one million Jews died in the siege and plunder of Jerusalem. Some historians say this number is an exaggeration; yet, it is quite likely that at least one million Jews died during the war, mostly at the hands of their comrades and through starvation.

Dando-Collins concludes with the Roman mop-up operations, between 71 and 73, in the few remaining rebel strong holds, including Masada, and with the triumphal march of Vespasian and Titus through Rome in 71.

Conquering Jerusalem is a compelling narrative of the First Jewish-Roman War, clearly written to capture the victories, agonies, and entanglements on both sides of the conflict.