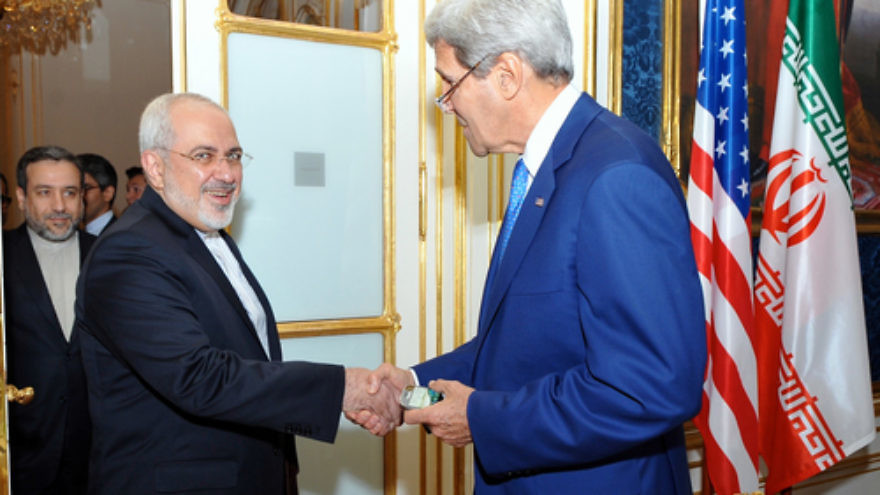 “I can tell you that this story and these allegations are unequivocally false. This never happened—either when I was Secretary of State or since,” Kerry tweeted on Monday night.

Kerry was responding to a leaked audio recording of a closed-door discussion involving Iranian Foreign Minister Mohammad Javad Zarif and an Iranian economist, in which the Iranian minister said that Kerry had told him of the Israeli attacks. The New York Times published excerpts from the recording on Monday.

The report drew condemnations from several senior Republican figures, including former U.S. Ambassador to the United Nations Nikki Haley, who tweeted: “This is disgusting on many levels. Biden and Kerry have to answer for why Kerry would be tipping off Iran, the number one sponsor of terror, while stabbing one of our greatest partners, Israel, in the back.”

The leak has sparked a firestorm of controversy in Iran with Zarif’s critics calling for his resignation, according to The New York Times.

It has also prompted Iran’s President Hassan Rouhani to order an investigation into the matter.