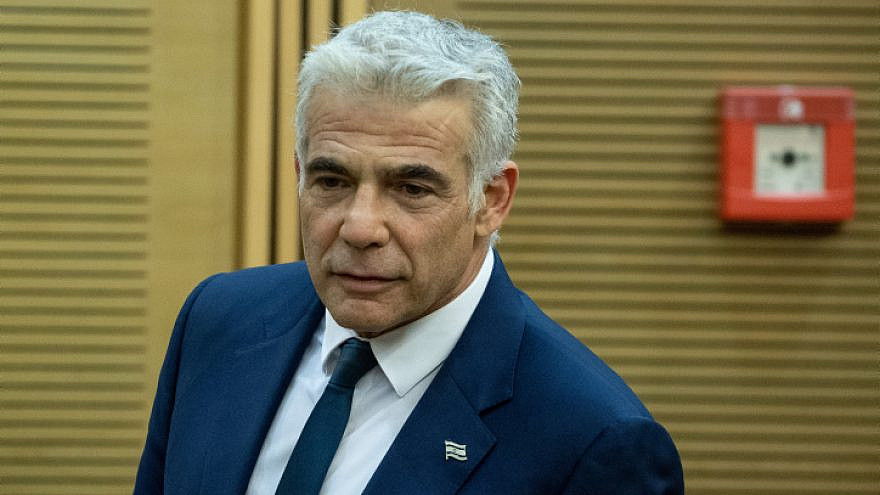 Lapid, who was sworn both as foreign minister and alternate prime minister on Sunday, echoed former Prime Minister Benjamin Netanyahu in warning against lifting the pressure on Iran.

Lapid said he had voiced these concerns in his conversation with U.S. Secretary of State Antony Blinken just hours after being sworn in, as well as with French President Emmanuel Macron.

“We have to work together as we face a new Iran deal. This is a bad deal and we are going to work with the prime minister. Israel will use every option at its disposal in order to prevent Iran from having a nuclear weapon,” he told the ministry’s staff.

“I warned this could happen but the previous government made a bad gamble and it focused on the Republicans. They are important to us, but not just them,” he said.

He vowed to continue with the peace process started by Netanyahu and the previous U.S. administration, which led to four peace deals with Arab countries, known collectively as the Abraham Accords.

“We will sign more agreements with additional countries. The Palestinian arena will define to a large extent what the other theaters will look like, and we have a lot to do to improve the living conditions of the Palestinians and to improve the dialogue.”

He said that regarding Hamas, “The world does not always understand what we have to deal with; we have to make clear to the world that we face a terrorist organization that does not shy away from firing on children and schools. This government will retaliate without any hesitation.”