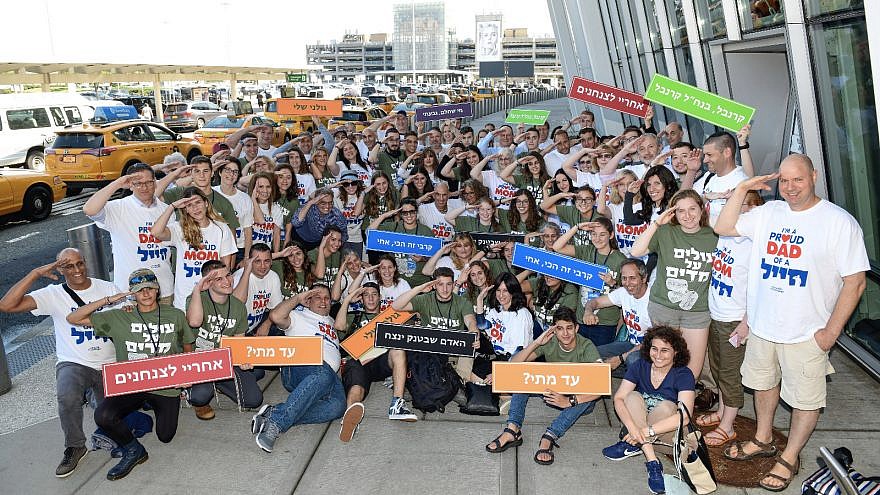 Fifty-seven future lone soldiers were among the 239 people from North America who made aliyah to Israel on Tuesday on a special flight chartered by the Nefesh B’Nefesh organization.

Many tears were shed, by both family members and soon-to-be lone soldiers, at a farewell ceremony held at John F. Kennedy Airport in New York before the teens, between the ages of 18 and 24, flew to Israel to join the Israel Defense Forces as lone soldiers—a term for those who have no immediate family members living in Israel.

Ariel’s father, Oren Mashiach, spoke about the “terrible” feeling of saying goodbye to his daughter, but how this will be a great learning experience for her and the pride that he has in her decision to join the Israeli army. He said, “It’s very, very difficult for us to let my daughter to go to Israel because when you have four kids, and you do Kiddush [the blessing over wine done on Shabbat] and you have the kids together, and you’re losing one child and she’s not with you … it’s very difficult. But on the other hand, I’m very proud of her because she’s going to serve the best army ever, and I know this is the university of life.” 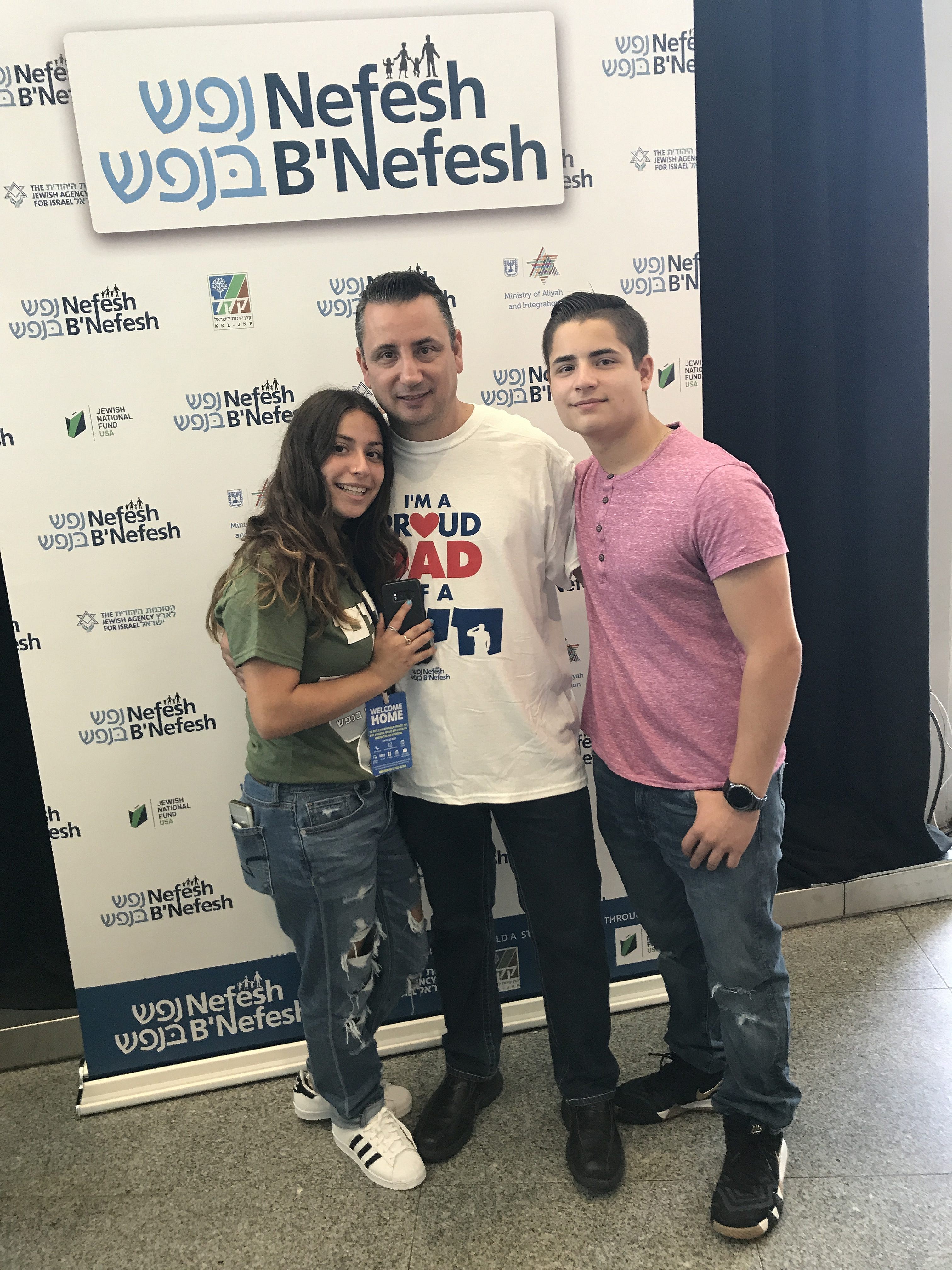 That box of tissues came in handy when Ariel, along with the other olim, was forced to say goodbye to their loved ones before going through security to board the flight.

Mothers and fathers talked about the bittersweet feelings of having their children move to Israel, but they all expressed “1,000 percent” pride (in the words of one father) regarding the future of their sons and daughters as Israeli soldiers defending the State of Israel.

“They’ll miss me, but they still know that it’s the right thing for me, and they never tried to stop me,” said Evan Klein, 22, about his family supporting his decision to become a lone soldier. “I wanted to move to Israel and join the army for a while. I believe in the Jewish state and supporting the Jewish state.”

The native of West Caldwell, N.J., added, “I’m just excited for that feeling when I land at Ben-Gurion Airport, and when I get my Israeli passport and I really get to be an Israeli.”

Gary Remer, the father of Amos Remer, said earlier in his life he planned on moving to Israel to join the IDF, but never made the journey. Now his son is completing what he sought to accomplish many years ago.

Amos, 24, from New Orleans, said he decided on making aliyah after he spent a year in Israel at a yeshivah. He said “the whole time I was there, it just felt so much more like home than America would be in the end.”

Guidance during and after IDF service

The farewell ceremony at JFK airport included music, food and an opportunity for the departing teens to meet each other, and spend some time with family and friends before bidding farewell.

Rabbi Yehoshua Fass, co-founder and executive director of Nefesh B’Nefesh, said “we’ve been born into a world where the State of Israel is a given, and we sometimes are numb to the miraculous times that we live in … we have this very modest farewell ceremony just to pause. You cannot just drive to Terminal 4, and get on a plane and make aliyah. You have to pause and take in the enormity of this moment. You have to appreciate the miracle that we have the State of Israel; the miracle that we can get on a plane and make aliyah. Appreciate all the family and friends and neighbors who supported this move; appreciate all those that made this possible.”

Once the teens enlist in the IDF, they become part of the Nefesh B’Nefesh and Friends of the IDF (FIDF) Lone Soldiers program, which helps thousands of new olim from around the world who are currently in active duty. The program offers services such as guidance, support and care for all lone soldier immigrants during various stages of their service, after their release from the army and as they adjust into civilian life.

“I think that the experience that you gain from doing something so much bigger than yourself is so selfless and very good for your character,” said 18-year-old Shir-Li Oved, also a soon-to-be lone soldier, from Cataula, Ga.

Oved was born in Israel but only lived there until she was 4. She then moved to Georgia with her family because of her father’s job. She is following in her sister’s footsteps, who also moved to Israel and joined the army in 2016, and is now an instructor in engineering for explosives. Oved, who hopes to be a paratrooper instructor, talked about the combination of nervousness and excitement ahead of her flight.

She said, “I’m nervous to be so far away from my family. It’s going to be super different to not go home on the weekends or not see them every day, and only communicate by Skype or calling and texting, instead of like a face-to-face encounter … but I’m so excited for a change in scenery.” 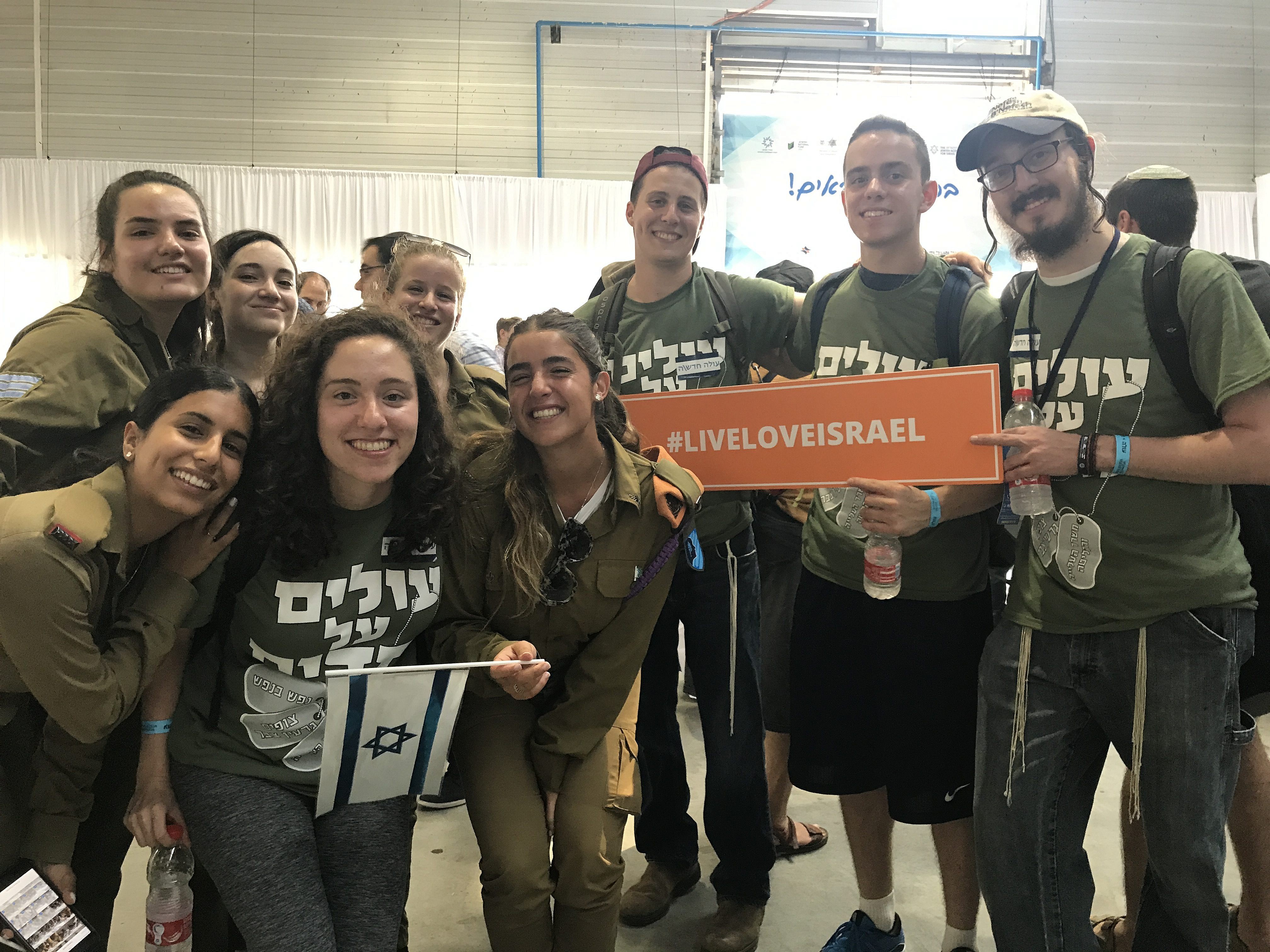 ‘Desire to build and protect homeland’

Tuesday’s trip was Nefesh B’Nefesh’s 59th chartered aliyah flight, and it was sponsored by Denver local and Jewish National Fund-USA major donor Heidi Rothberg, in coordination with JNF-USA, and facilitated in cooperation with Israel’s Ministry of Aliyah and Integration, the Jewish Agency for Israel, Keren Kayemeth Le’Israel (KKL), and Tzofim-Garin Tzabar. Rothberg’s father was a co-founder of Israel Bonds, and instrumental in the building and development of Israel’s Hebrew University of Jerusalem.

According to Nefesh B’Nefesh, a total of 3,640 North Americans made aliyah to Israel in 2017. The group on Tuesday’s flight hailed from 24 U.S. states and three Canadian provinces, and included 30 families, 90 children and three sets of twins. Among them were 27 medical professionals and 13 Jewish community professionals. The youngest olehwas 2 months old; the oldest was 81.

This was the second Nefesh B’Nefesh aliyah charter flight of the summer. The July flight included Hana Lowenstein, the daughter of former Connecticut Sen. Joseph Lieberman, her husband and their four young children.

Since its founding in 2002, Nefesh B’Nefesh has helped bring more than 57,000 olim, including lone soldiers, to Israel from the United States, Canada and the United Kingdom.

“From the earliest days of the Jewish state, courageous young men and women have made aliyah in order to preserve what was once a distant dream for their parents and grandparents,” said Fass. “Now, 70 years later, the young men and women who arrived this morning as future lone soldiers are driven by the same principles and continue in the spirit of voluntary service—the desire to build and protect our homeland.”