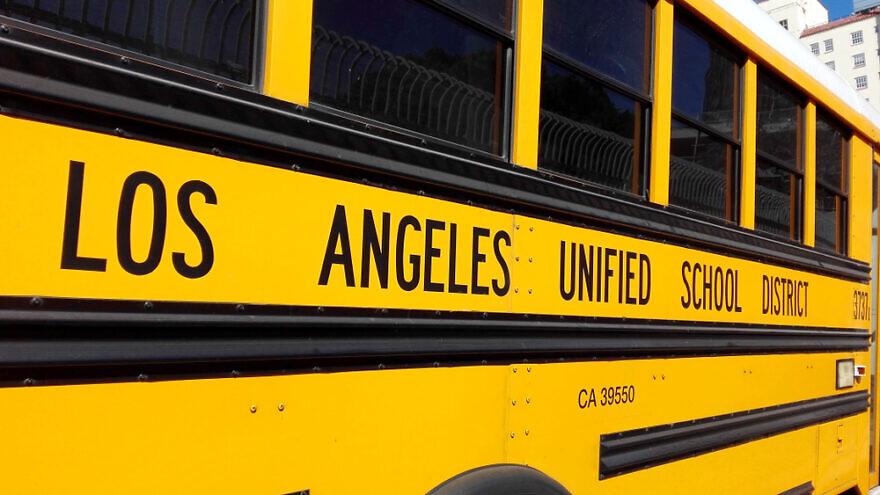 The resolution, which was passed on Tuesday, also called on the district to update its Jewish history and culture curriculum and instructional materials, and provide more training to staff about how to respond to anti-Semitic speech and incidents.

“The Board of Education denounces the rise in anti-Semitic, anti-Jewish and anti-Israeli rhetoric, and hate-motivated crimes and incidents that denigrate Jewish students and staff in the communities served by LAUSD in order for every LAUSD campus and office to be a safe and welcoming environment for all students, staff and families,” the resolution stated.

Jeffrey Abrams, Los Angeles regional director of the Anti-Defamation League, said it will “help create a productive and safe environment for Jewish students, and all students and families.”

Hirschhaut noted that “amid an alarming spike in acts of anti-Semitic violence and anti-Jewish animus in the public square, including anti-Israel vitriol, this reassures Jewish students, staff and families that anti-Semitism will not be ignored or excused in the classroom. And that appropriate training and reporting will give this measure teeth.”