This year’s Maccabee Task Force conference for students and professionals across America and Canada highlighted the importance of forging ties between Jewish and Israel groups with black groups on campus. Because of the coronavirus pandemic, the conference was held online, and featured prominent black and Jewish leaders, including former NBA All-Star Amar’e Stoudemire and rapper Nissim Black.

The two focused their addresses on the importance of building bridges between African-American and Jewish communities on campus.

Black encouraged students, in a time of mass polarization in the United States, to find others who are open to hearing differing opinions and finding common ground. “Identify your players that are ready to go out and fight, and sit them down at the table together and begin to dialogue,” he said.

The rapper pointed out that most African-American students (and even some American Jews) have a misconception that all Jews are Ashkenazi—and not Mizrachi Jews who left Arab countries, and Sephardic Jews from Spain and the Iberian peninsula—and also forget that Jews are an at-risk minority.

Students should use social-media platforms, he suggested, to advocate for one another. “One of the most powerful things I see sometimes when I’m on a Twitter feed is to see an African-American pro-Israel, pro-Jewish person talking about the plight of the Jews and vice versa, and to see how many Jewish people have stepped up during all these movements to fight against racism—that’s the most powerful thing in the world,” he told the students. 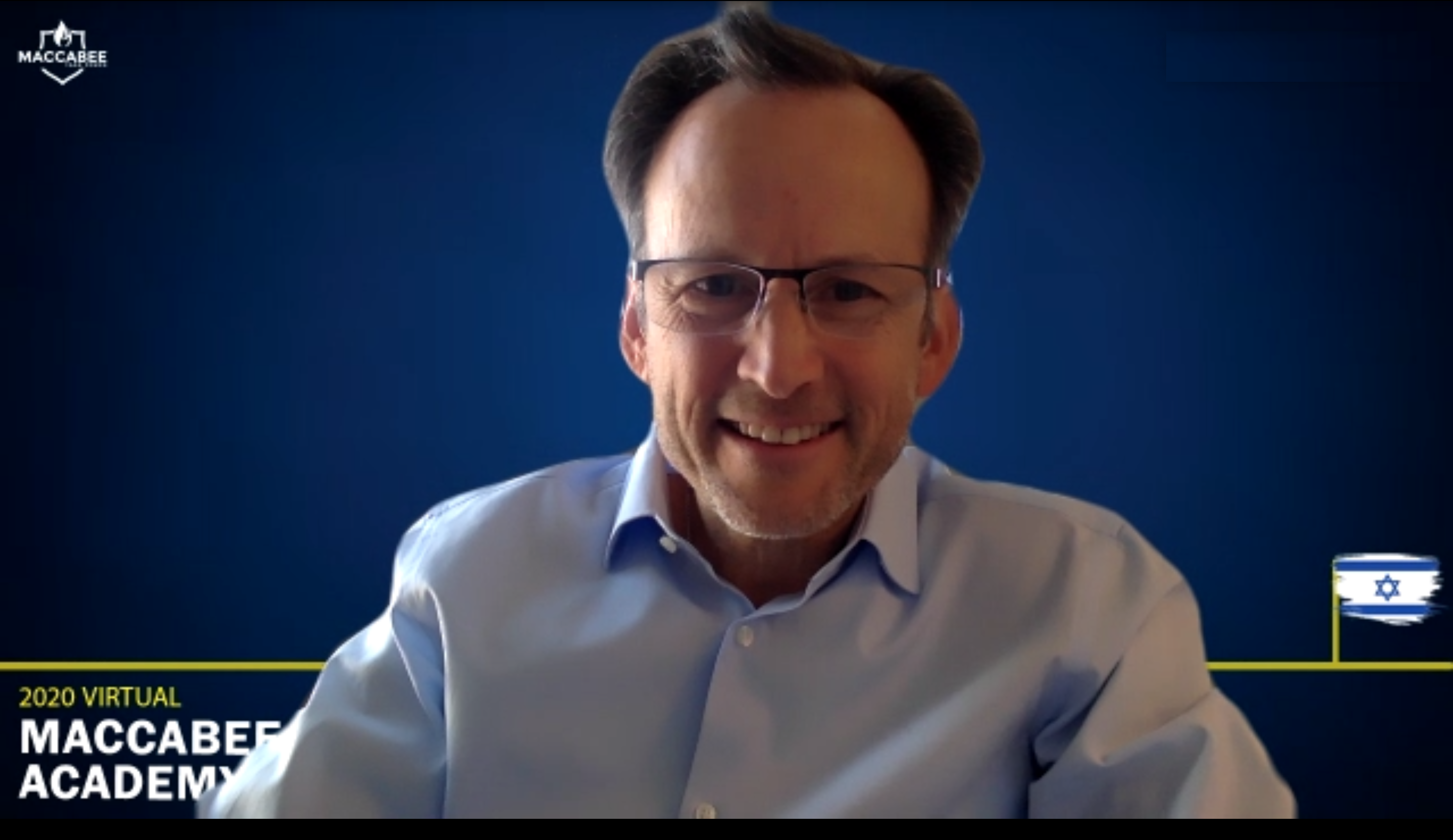 David Brog, who was tapped as the organization’s executive director after it was founded in 2015 by Sheldon and Dr. Miriam Adelson to combat the anti-Israel BDS movement, added that building bridges between the two communities has become even more important as “the issue of racial justice has dominated our streets and evening news throughout this long summer” and will “almost certainly dominate campus politics this fall.”

“This issue has nothing whatsoever to do with Israel,” he told JNS, “But we know from recent events and bitter experience that the Israel-haters will try to hijack this movement and divert its energy towards their own hateful ends. If we care about Israel, if we care about racial justice, we must not let them succeed.”

“Amar’e Stoudemire and Nissim Black are living bridges between the black and Jewish communities,” he continued. “They are powerful examples of the idea that we are natural allies with shared histories of persecution and shared aspirations for the future. As members of both communities, they are well-positioned to explain each group to the other. And as insightful individuals, they can also help explain each group to themselves.”

In the light of the coronavirus, which has halted tourism to the Jewish state, Brog emphasized that “we must find other ways to share the truth about Israel with students who often know very little and care even less. Now that they can’t bond with campus leaders on the bus in Israel, pro-Israel students are going to have to be more outgoing if they want to build the relationships that lead to influence.”

“We’re recommending that our students reach out to the black community and get to know them. And we’re reminding our students that the goal can’t be short term or transactional—if their approach is not driven by genuine interest and love, it will fail,” he related.

“That being said,” he continued, “we don’t need to be afraid. And we don’t have to check our values and beliefs at the door. The very act of reaching out with concern and respect, even when we disagree, can do enormous good.”

For their 100 supported campuses in North America, Maccabee Task Force provides the funds and strategies needed to implement ideas to “transform the pro-Israel space on campus,” said Brog. 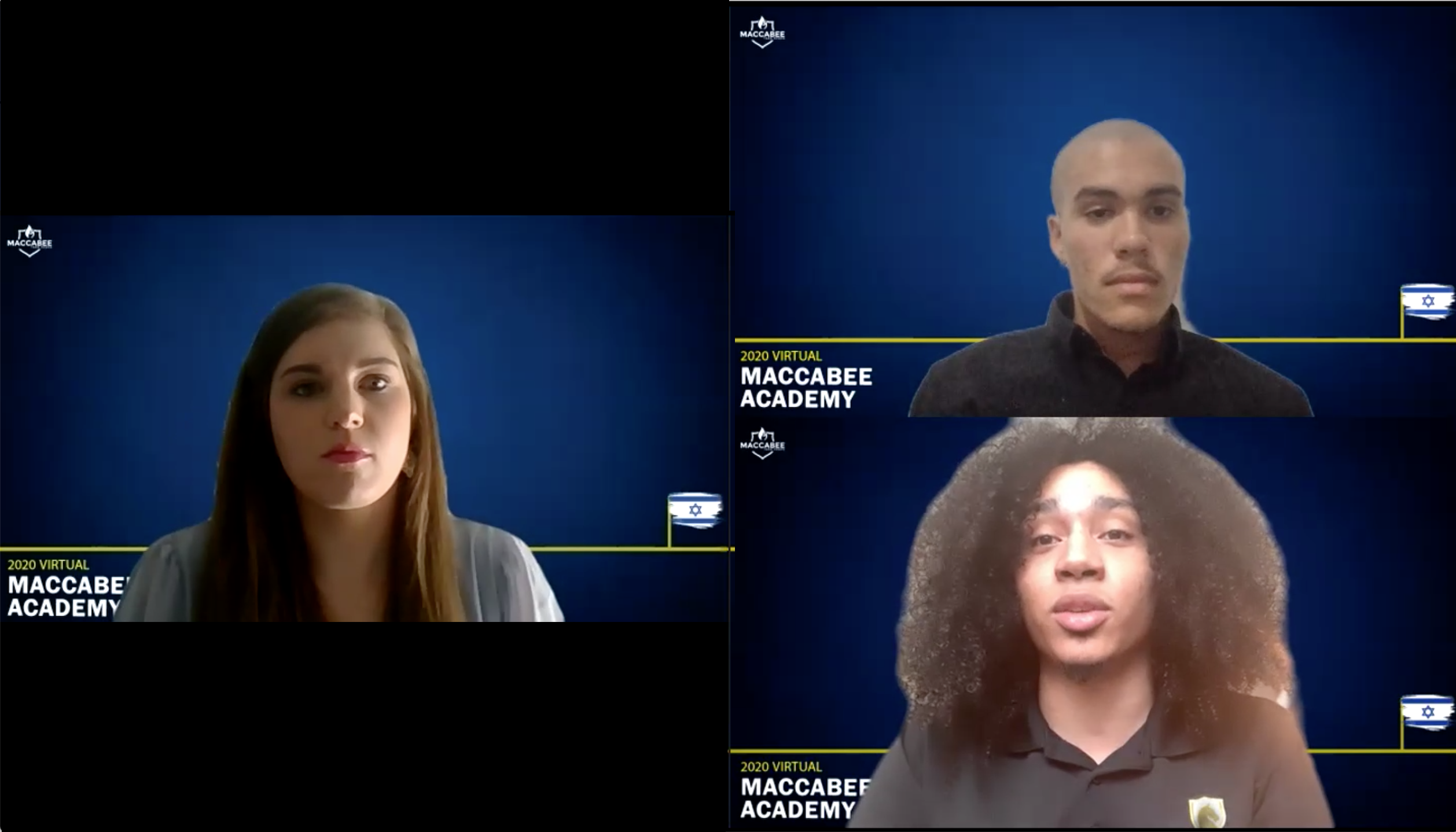 Student leaders with the Maccabee Task Force focusing on the importance of building bridges between African-American and Jewish communities on campus. Source: Screenshot.

‘Support each other in times of need’

Black student activist J.R. Houston, who participated in the conference as a panelist after working closely with his Florida State University’s Hillel throughout the academic year, told JNS that he “gained a better perspective on the social and political issues throughout the U.S from the lens of the Jewish and Israeli people.”

“I did not realize the impact of SJP working closely with BLM activists,” he expressed. “As a black activist, I have seen very little anti-Semitism within my groups and more so within the opposition. However, many SJP activists work closely with our groups. I have never witnessed them redirect the conversation to anti-Israel rhetoric, but I understand the concerns of the pro-Israeli community.”

Recognizing how difficult fostering connections with the black community can be for Jewish students, Houston committed to “try to initiate these conversations on my campus to the best of my ability, as I already have with my student-body president (who is a Jewish friend of mine), and the vice president and treasurer (who are black and a part of the honor society that I preside over).”

Lauren Bander, who acts as the Wildcats for Israel co-chair and CatPAC legislative coordinator at the University of Arizona, said that the major conference takeaway for her was understanding that “the pro-Israel movement stands with the black community, and it is important for minority groups—Jews and blacks—to support each other in times of need.”

“I learned how important it is for our pro-Israel groups on campus to reach out to student leaders in the black community, such as the University of Arizona Black Student Union (BSU) and the Coalition for Black Students and Allies (COBA),” she said. “The Jewish community needs to be more inclusive of black Jews and others whose Judaism may not be obvious.”

“In my leadership,” declared Bander, “I will make more of an effort to reach out to the greater student population, and listen to the perspectives of those who may not be pro-Israel and seek to have a productive conversation understanding both sides.”