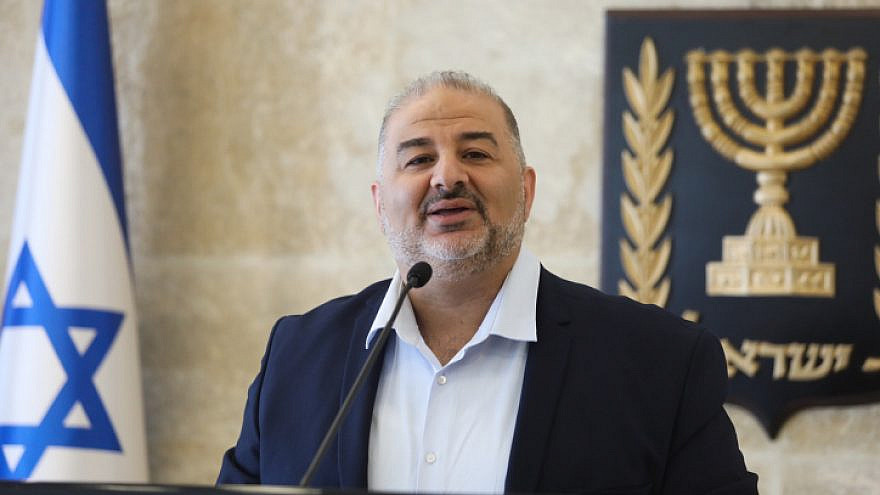 The chairman of Israel’s United Arab List Party (Ra’am) on Thursday defended the right of Arab Israelis to protest against the state’s “provocations” on the Temple Mount and in the Sheikh Jarrah neighbourhood of Jerusalem.

“In light of the events of the past month, many thousands of Arabs protested, which is a legitimate form of dissent that seeks to express solidarity and objection to the provocational use of force inside the Al-Aqsa mosque and against the family evictions in Sheikh Jarrah,” said Mansour Abbas.

The Ra’am party leader was chairing a Special Knesset Committee on Arab Society Affairs meeting about the wave of arrests following the recent riots in mixed cities.

“For two weeks, hundreds of thousands of citizens went out to protest and marched in every Arab town, even in areas [where] we weren’t used to seeing demonstrations. One of the consequences is that there were events that deviated from the norm and the law,” said Abbas.
“There’s no question that we all agree that protest is legitimate in a democracy and it’s the right of the citizens to express political positions,” he continued. “On the other hand, we all called for the preservation of law and order and to demonstrate in a legal manner.”

“I personally acted on this front,” Abbas stressed. “The position is clear—we are for legitimate protest and reject any act that damages private property,” he added.

“We want to solve problems and not use this committee as a stage for more incitement, more exclusion and more violent discourse,” he added.

Israel Police representative Yigal Ezra also addressed the committee, with regard to police efforts to collect illegal firearms in the Arab sector.

“It’s not like we go around with a cart collecting these guns; the work is extremely difficult. You also need to establish a foundation of evidence. What we want is for the criminal to be behind bars,” he said.

“Since the beginning of the year, 1,670 firearms have been confiscated,” said Ezra. “I know the numbers being mentioned are tens of thousands in the Arab sector—there are thousands of firearms, not tens of thousands, more in the range between 8,000 to 10,000 firearms,” he added.

He also said that adding between 2,000 and 3,000 police officers to the force would shift the balance in terms of fighting crime.

According to Ezra, 183 Jews have been arrested thus far in the wake of the riots, and 8 percent of the overall indictments issued to this point have been against Jewish suspects.