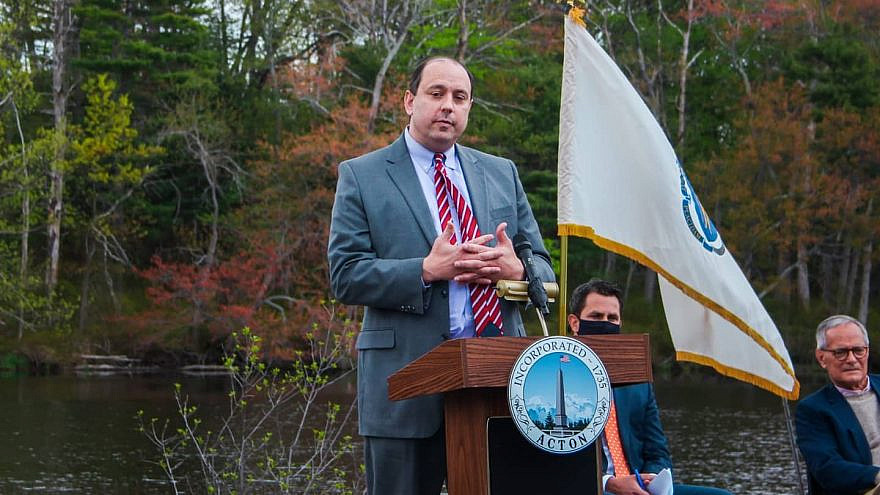 A Massachusetts state senator is under fire for comments he made legitimizing Hamas, a Palestinian terrorist organization, as well as a call to replace Israel with a binational state.

In a statement posted on his website on May 28, State Sen. Jamie Eldridge, a Democrat who serves the Middlesex and Worcester district, commented on the recent 11-day conflict between Israel and Hamas in Gaza, urging “much-needed dialogue around this very serious and consequential conflict.”

“Against the backdrop of hundreds of human lives lost over the course of this long-standing conflict, I hope more people can engage in this dialogue with an acknowledgment of the massive power differential between the Israeli government and Hamas in what is left of the Palestinian territories,” he said.

He went on to say that he “fully opposes the Israeli occupation” and that if a two-state solution cannot be found, then it “may be time to embrace the establishment of a single democratic country including the lands of Israel and Palestine.”

“It is utterly shocking that a member of the Massachusetts Senate would elevate Hamas as a legitimate actor in the Israeli-Palestinian conflict,” said the Jewish umbrella group.

“There can be absolutely no moral equivalence between the State of Israel—an American ally, whatever criticisms one may hold about that nation’s government—and Hamas, a designated foreign terror organization by both the United States and European Union, that is funded and supported by the regime in Iran and whose charter explicitly calls for the elimination of the State of Israel,” it continued.

The JCRC said it has reached out to Eldridge for clarification of his views, but he has not responded to the request.