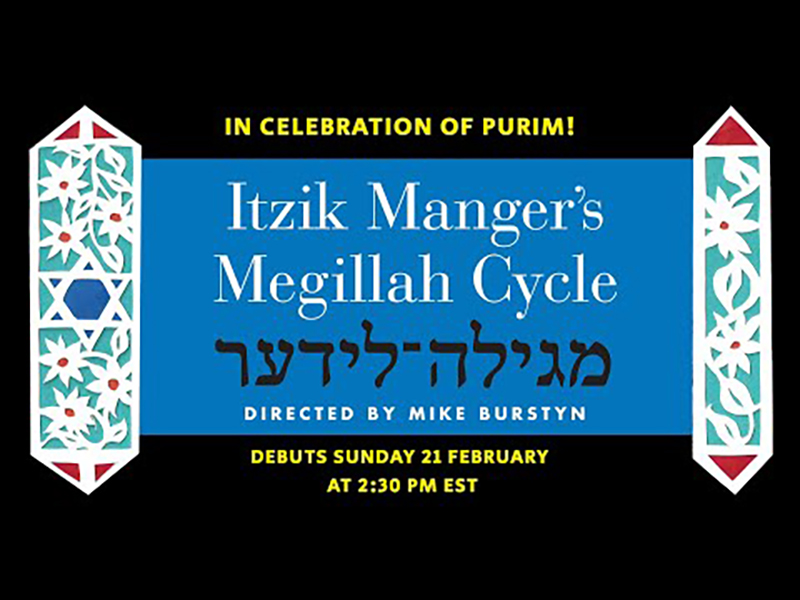 Presented in association with Mariella Productions and the Toronto Workmen’s Circle Foundation, this production has also received special support in memory of Chana Yachness z”l.

In 1936, the enfant terrible of Yiddish literature Itzik Manger published a cycle of poems exploding time and history by updating the Biblical story of Queen Esther to Eastern Europe of the 20th century. In 1965, with music by Dov Seltzer and under the direction of Shmuel Bunim, the Family Burstein opened a musical production of the cycle that opened a bright new chapter for Yiddish in Israel and would eventually find its way to Broadway.

Now, Mike Burstyn, star of the original musical production, has adapted the Manger’s poems for a dramatic presentation as part of our pandemic international theater project. He is reprising his original roles as the narrator and the tailor-master Fonfose, and will also be tackling his late father Pesach’ke’s turn as the drunken King Akhashveyresh. An international cast of Yiddish theater players will fill out the cast to lighten your pandemic Purim!