Home Jewish World Jewish People Mirlana Morris to her son, Donny: ‘You touched so many lives with... 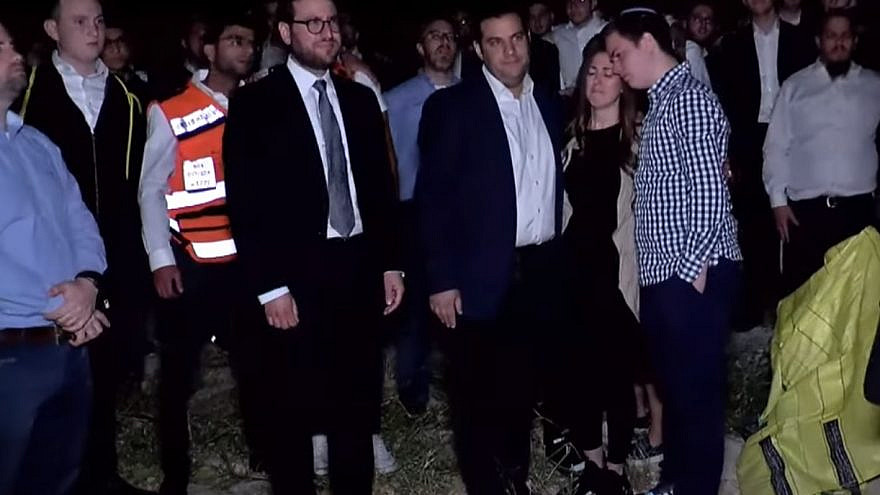 With a cracking voice and tears in her eyes, Donny Morris’s mother, Mirlana Morris, eulogized her son. “I have so many questions,” she said through sobs, “but little to no answers.”

“But what I do know for sure is you were loved by so many,” she said. “The impact you have had on hundreds of people is remarkable. Daddy and I couldn’t be prouder to call you our son.”

Nachman Doniel (“Donny”) Morris, 19, was a first-year student at Yeshivat Sha’alvim in central Israel when he traveled last week to Meron in Israel’s north to attend traditional Lag B’Omer celebrations. On April 30, he was killed along with 44 others in a tragic incident related to overcrowding.

A mass of men and boys leaving one of the festive events was forced through a narrow alleyway, and after some people slipped, the group surged forward, crushing and suffocating those who fell underfoot.

Thousands of people were in attendance at Morris’s funeral on Sunday, and tens of thousands more tuned in to the livestream. More than 70,000 people have since watched the video online. 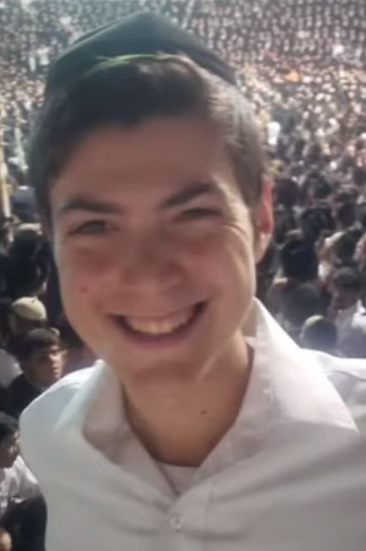 Mirlana Morris acknowledged the “army of the most special people” who helped in the search effort for her son and in making arrangements for the funeral.

“You were an amazing, son, grandson, nephew, cousin, student, friend and sibling to your sister and brother,” she said of her son. “We all always knew how wonderful you were. But over the last 72 hours, the countless stories I have heard about you from people I know and even those I don’t shows how you touched so many lives with your kindness and huge heart.”

“While this pain is more than a mother can bear, I’m really not alone,” she said, noting how so many members of the community, family and students have joined in her grief. “There was no one who didn’t love you and didn’t want to be close to you.

“You always sounded so happy,” she said. “You taught me more than I would ever know. I’m a better person because of you. But Donny I wasn’t done learning. You were taken away from me too soon. I still need you by my side. And while I have this gaping hole, I will try to stay strong because that is exactly what you would want me to do.”

Donny’s father, Aryeh Morris, reminisced about the walks they used to take and recalled numerous incidents throughout his short lifetime that stood out in memory.

“You brought me so much joy, so much pride,” he said. “I am so sad I won’t get to walk with you anymore.”

“I will come visit you as often as I can. I will walk with you, and we will talk,” he said. “It’s so hard to say goodbye, Donny. So we’re going to take one final walk. … Thank you for being a part of my life. … Alright, let’s go take that final walk. I love you.”

‘In our hearts forever’

Rabbi Michal Yammer, dean of Yeshivat Sha’alvim, also eulogized Morris, speaking of his love for tradition, his grace and the respect he had for his parents.

“Donny will be in our hearts forever,” he said.

Sha’alvim principal Rabbi Ari Waxman said Morris “had a smile that lit up the entire room” and was “sensitive to the needs of everybody around him.”

Rabbi Yaakov Neuberger of Congregation Beth Abraham in Bergenfield, N.J., where the Morris family attended synagogue, addressed the funeral by livestream. Like some of the other speakers, he emphasized the teen’s love for attending synagogue, his desire for inspiration and his eagerness to help others.

“He was a person who loved [others]” and “always wanted to give to the [public],” he said.

Morris was laid to rest on Sunday night in the Mount of Olives cemetery following the funeral.