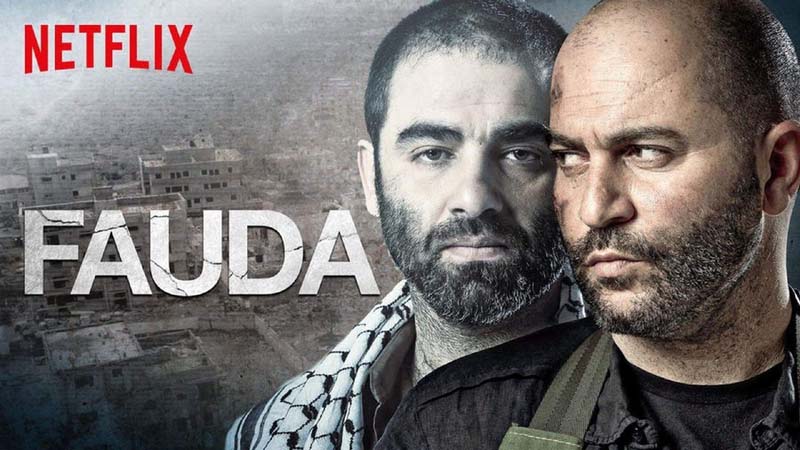 Center for Jewish History: Past lectures and programs.   Upcoming lectures in April:

Demon: An allegory of Polish-Jewish relations told through the story of a Dybbuk possessing the groom at a Polish wedding. Amazon, Google Play, Vudu, YouTube.

Dreaming of Jewish Christmas: The contributions of Jewish songwriters to Christmas music. iTunes.

Fauda: The third season of the Israeli hit series about an Israeli counterintelligence units operations in the Territories begins April 16.  Netflix.

The Kiddush Man: Short about a boy who sneaks out of Shabbat services to snack from the Oneg buffet learns to understand why one member of the congregation gets so angry at him:

Penny Dreadful: City of Angels: Premiering April 26, this series follows a Jewish and Latino team of policemen investigating a murder in Los Angeles in 1938 amid a backdrop of Mexican-American culture there and Nazi and American fascists activities there. Showtime

The Saturday Night Seder: There’s still one more day of Passover to enjoy this entertaining, albeit unconventional, Seder.

Wholly Jewish: A program devoted to Jews of color. Click here and here.

Wish I Was Here: Underemployed actor no longer can afford to send his children to a Jewish day school and home schools them.  His family copes with his daughter becoming a baal teshuva, the impending death of his father, and the sexual harassment at work of his wife. Netflix.

World on Fire: Dramatic series about how World War Two affected the lives of ordinary people, including some Jewish characters.  Netflix.