Home Recommended Books More Than a Raceway: Novel Presents a Jewish Side of Watkins Glen 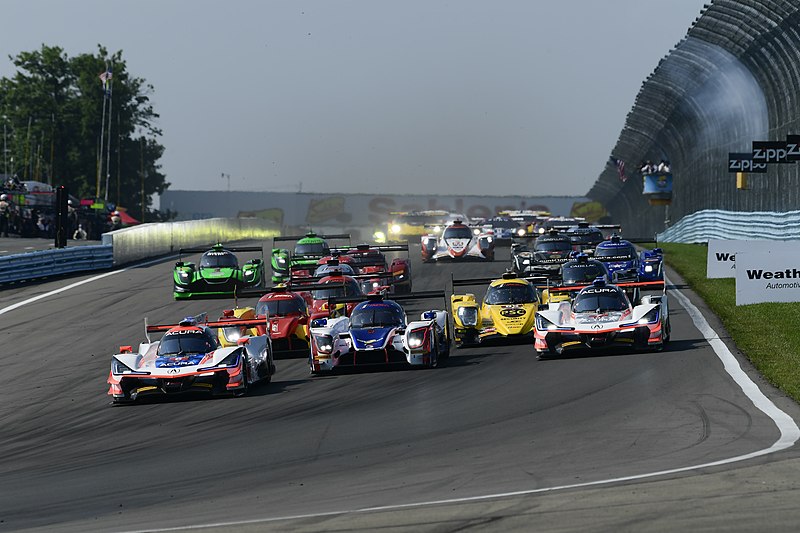 The Finger Lakes region of upstate New York is known for Watkins Glen International, a race car venue that permits ordinary citizens to take three laps around the track in their personal cars for a fee. Professional races generate the tourists who purchase souvenirs where the novel’s protagonist Susan Kleinzinger works part time. The tourists also clog the roads during the April through October racing season, interrupting normal commute patterns.

Otherwise, the famed raceway has little relevance to Susan’s hand-to-mouth lifestyle. She supplements her gift-shop income by dumpster diving in nearby Ithaca for toys, knickknacks, or furniture that well-to-do Cornell University students may have cast off. These she hauls back to her home in the village of Glen Downey, repairs them, paints them, and puts them up on E-Bay for resale. From all this effort, she scratches out enough of a living to support her life as a single senior citizen.

A former hippie, estranged from her Jewish family, Susan is surprised by a telephone call from a nephew in California, telling her that his father — her brother Mark — seemed a bit odd during recent phone conversations. She agreed to check on him — though she hadn’t seen him for years and he lives some 250 miles away in Brooklyn.

Not long after she arrives at Mark’s home, she realizes that his behavior is odd indeed. He has gotten rid of most of his furniture and has filled his home with canvases, paints, and an easel in order to paint, and repaint, and repaint yet again the same scene he sees out his window. So obsessed is he with painting that he often forgets to eat, and is frequently far too absorbed in his task to take notice of a ringing telephone. At 70, and a few years older than Susan, Mark is showing signs of Alzheimer’s Disease.

A former mathematics teacher, whose life once was as orderly as his columns of numbers, the widower Mark still has lucid interludes, and in these moments, he is very much aware and fearful of his prognosis.  He knows that his forgetfulness will get worse, that he will grow irritable, frustrated and likely to lash out at people. A crisis comes when Mark is detained by a security guard in a pawn shop in an unfamiliar neighborhood of Brooklyn; quite unaware that he had stuck a ring in his pocket. The security guard telephoned Susan, who established that Mark had admired the ring as a possible present for Lisa, his dead wife. At that moment, he seemed to be hallucinating his past. Susan agrees to pay for the ring to preclude any complaint to the police made against Mark.

Although the two had not been close since childhood, Susan decides to invite Mark to live with her in Glen Downey, so she could take care of him. Upon Mark’s acceptance, the story became one of Susan trying to reconnect with her estranged brother, even as the progression of the Alzheimer’s Disease makes less and less of him accessible.

No longer having the part of Brooklyn outside his window to inform his obsessive painting, Mark needed a new place to set up his easel. Eventually, he finds a gazebo along the shore of Seneca Lake, where with his easel and paints, he goes every day, filling up canvas after canvas, none of the paintings much differentiated from the previous ones.

At one point though his paintings showed a brownish glob in the water, growing more distinct with each painting. It turned out to be an imaginary monster which in a bow to “Nessie” the Lach Ness monster of Scotland, Susan good-naturedly nicknamed “Sennie.” The author never specified what Sennie represented, but my guess is that it was Mark’s metaphor for his own consciousness, which was being irresistibly pushed under the Alzheimer’s Sea. Subsequently, panic sets in when Mark lost “sight” of his imaginary monster.

The story proceeds at an unhurried pace toward its conclusion, with characters whom you might feel at first were extraneous proving to be important in the tale’s denouement.

An interesting sub-theme is how Susan became alienated from Hasidic relatives in Lakeside, New Jersey, after she and Mark were orphaned. The family kept strictly kosher. On one occasion after eating a meat dinner, the child Susan took an ice cream pop out of the refrigerator and was sharply reproved for not waiting six hours after the meat for the consumption of dairy.

“Somewhere,” the adult Susan mused, “God is keeping track of the kosher clock so that any Jew who sneaks ice cream before the worst pot roast in the world has had six hours to ferment in your stomach is going straight to hell. Except Jews don’t believe in hell, right? So, where’s the harm?”

Her childhood rebelliousness led to her running away, following a hippie lifestyle, marrying and divorcing a drug addict, and eventually having too few marketable skills to ever get a job that could provide real financial security. In the course of helping Mark, she was required to reevaluate herself.