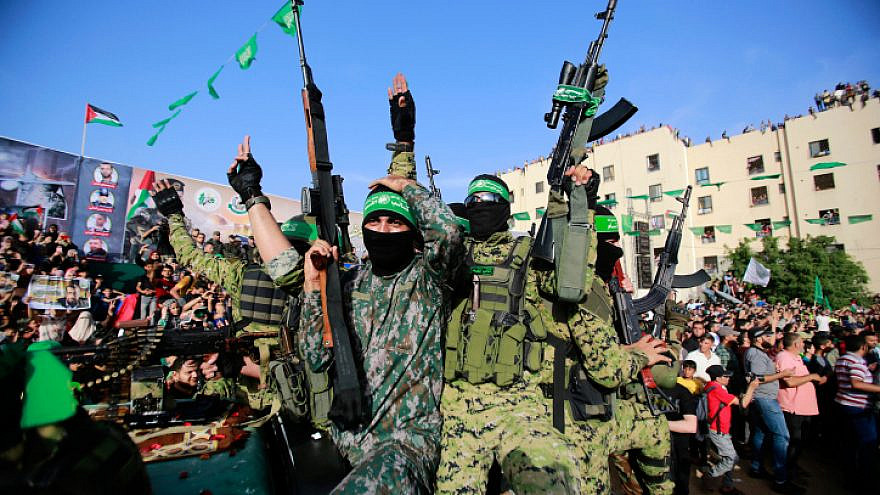 Most Israelis believe the Hamas terror group must be crushed, that Israel’s “Operation Guardian of the Walls” in the Gaza Strip last month in response to Hamas rocket-fire was ended prematurely, according to a new study.

The poll was conducted by Midgam Research and Consulting for the Middle East Forum’s (MEF) Israel Victory Project between May 27-31, about one week after the end of Israeli’s 11-day  air campaign to degrade Hamas infrastructure in the Gaza Strip. The survey asked 22 questions in Hebrew or Russian of 503 Jewish Israeli respondents. The poll has a margin of error of 4.4 percent.

Eighty-two percent of respondents agreed with the statement: “There can be no appeasing Hamas; only by defeating it unequivocally can we bring this conflict to an end.”

Sixty-eight percent believed the operation ended prematurely and supported the statement: “The operation should have continued until Hamas’s ability and will to attack Israel was destroyed and the hostages and bodies in Gaza were returned.”

Even though 51 percent thought that the operation was more successful than 2014’s “Operation Protective Edge,” when asked who won the recent conflict with Hamas, only 35 percent said Israel had.

Regarding the goal of any future operation, 29 percent believe that it should be the unconditional return of all Israeli captives, 24 percent said to disarm Hamas and 22 percent want the next round to deter Hamas and ensure peace for the residents of the south.

“The poll results demonstrate that the Israeli public wants their leaders to stop managing the conflict and begin working to defeat Hamas, disarm it and return the Israeli captives,” said MEF executive director Greg Roman.

The Israeli Victory Project is a grassroots Israeli movement led by the MEF, that brings together bereaved families, residents of the south, Israel Defense Forces reservists, veterans and others to seek changes in government policy and promote the idea of an Israeli victory and the resolution of the Israeli-Palestinian conflict.