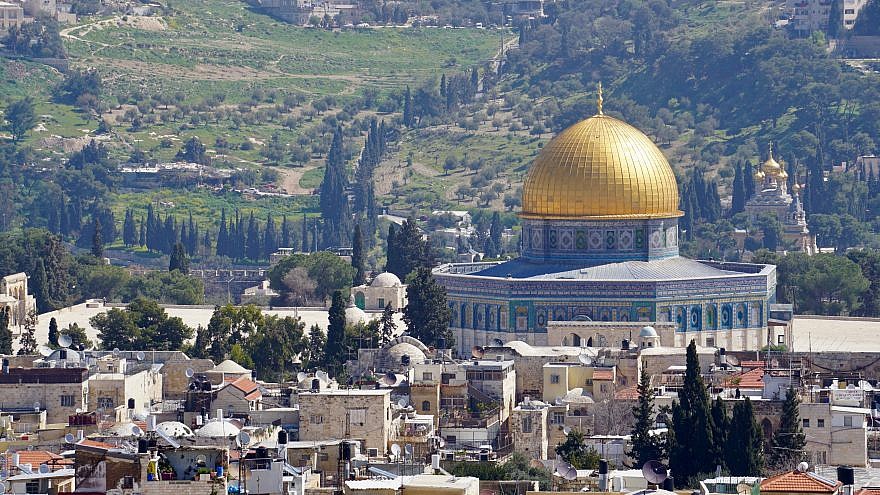 The book “Islam, Jews and the Temple Mount: The Rock of Our/Their Existence,” is bound to cause an uproar in the Muslim world. Published last year, it presents a comprehensive list of early Islamic sources that recognize the historical Jewish claim to Jerusalem, contrary to modern Muslim religious scholars who—in the context of the Arab-Israeli conflict—deny any Jewish ties to the Temple Mount and promote the argument that no Jewish Temple ever stood there.

Fifty-four years after the unification of Jerusalem and the establishment of Israeli control over the Old City, professor Yitzhak Reiter and co-writer Dvir Dimant hold a mirror up to this prevailing Muslim narrative.

According to the book, Islamic leaders deny canonical Muslim historical works that date back to the seventh century C.E., a few decades after the death of the Prophet Muhammad, and that state that the very reason Islam came to regard the Foundation Stone situated in the center of the Dome of the Rock as holy is because of the knowledge that the Jewish Temple stood there.

It’s all in there. Muslim sources time and again describe history the same way Jewish sources do: the building of the First Temple on the Foundation Stone by King Solomon; its destruction by the Babylonian king Nebuchadnezzar; the Babylonian exile; Persian emperor Cyrus the Great’s permission for the Jews to return to Jerusalem and build the Second Temple; and its destruction by Roman emperor Titus. 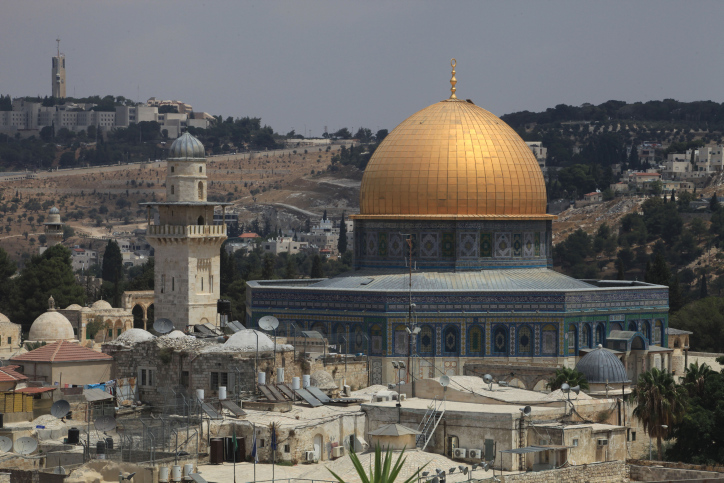 The Dome of the Rock in Jerusalem’s Old City. The dome is an Islamic shrine that houses the Foundation Stone, the holiest spot in Judaism, and is a major landmark located on the Temple Mount in Jerusalem. It was completed in 691 C.E., making it the oldest extant Islamic building in the world. Aug. 11, 2009. Photo by Nati Shohat/Flash90.

Moreover, not only do Islam’s most respected historians confirm the Jewish historical timeline, but they also emphasize that the reason Jerusalem and the Temple Mount came to be considered holy in Islam is that the sites were regarded as sacred in Judaism. 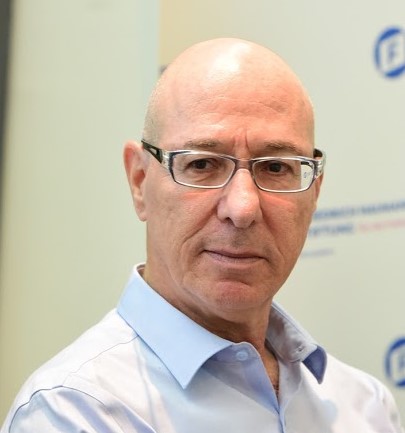 In their book, Reiter, an expert on Islamic, Middle Eastern and Israeli studies, and Dimant, a graduate of the Shalem Academic Center in Jerusalem and a research assistant at the Truman Institute for Peace Research, present Jewish and Islamic sources side by side and reveal an undeniable resemblance between the two.

“Islam, Jews and the Temple Mount” shows that until the Balfour Declaration of 1917, not only did Muslim sources not deny the Jewish connection to Jerusalem, they systematically pointed it out and confirmed it. However, in 1967, when Israel took control of the Old City during the Six-Day War, the narrative took a drastic turn, and denying any Jewish link to the Temple Mount became the norm. 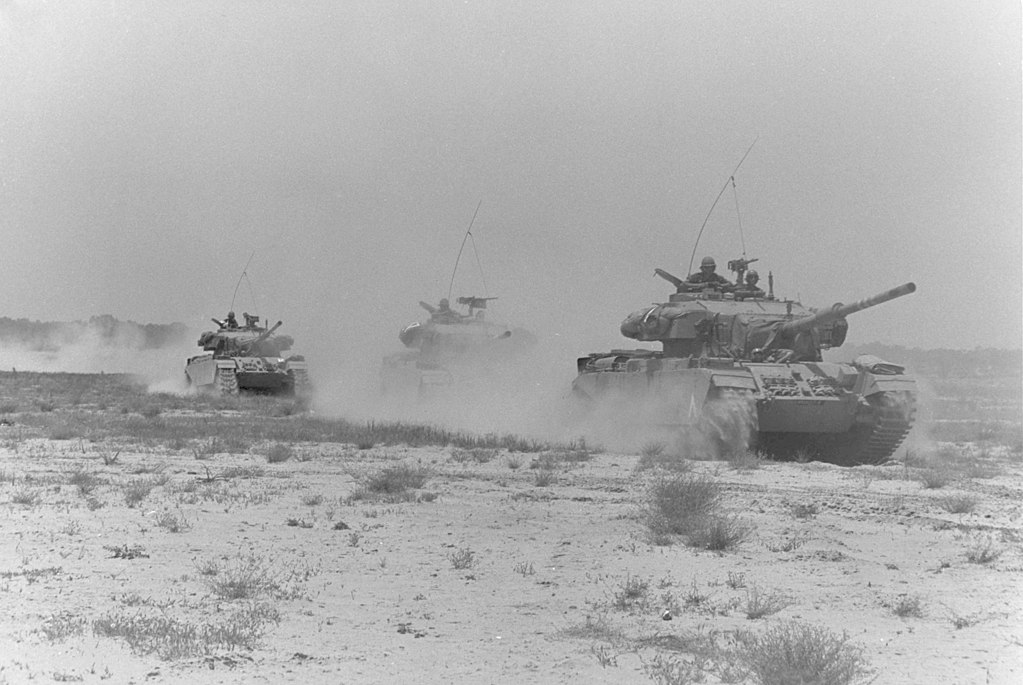 From then on, Muslims turned their backs on a vast and rich Islamic literature that confirms the Jewish connection to the Temple Mount.

In the 10th century C.E., Muhammad ibn Jarir al-Tabari, perhaps one of the most well known and respected historians in the Muslim religious world, described how God prevented King David from building the Temple because he had blood on his hands, and how therefore the task was assigned to his son, Solomon. His account is almost identical to that found in the Book of Chronicles.

In the 11th century, Abu Bakr Muhammad ibn Ahmad al-Wasiti, who served as the preacher of the Al-Aqsa Mosque, described how King Solomon had difficulty opening the gates of the Temple and only succeeded in doing so after mentioning in prayer the name of his father. The story appears almost word for word in the Babylonian Talmud.

In the 14th century, Arab historian Ibn Khaldun in his canonical work “Muqaddimah” also noted how King Solomon built the Temple in the fourth year of his reign. His description of the inauguration of the Temple is identical to that of Kings I, Chapter 6.

In the 15th century, historian Mujir al-Din from Jerusalem also mentioned how the Temple was built by King Solomon, and so did many after him. Almost always, the description in Muslim sources is similar to that found in Jewish scripture. 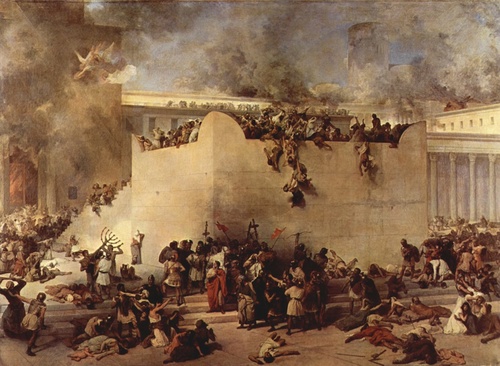 The destruction of the Temple of Jerusalem, oil on canvas, by Francesco Hayez. Both the first and second iterations of the “Beit HaMikdash” were razed on Tisha B’Av, hundreds of years apart. Credit: Francesco Hayez.

The most important thing, Reiter and Dimant told Israel Hayom, “is that the Al-Aqsa compound—or as Jews call it, the Temple Mount—be acknowledged by [modern] Islam as the site of two Jewish Temples, and most importantly, Solomon’s Temple. Islam has adopted the Jewish and Christian tradition in this matter, and in medieval times it did not try to deny the fact that the Dome of the Rock symbolizes the continuation of Solomon’s Temple. One could go as far as to say that Islam was proud of this.”

“Some scholars even noted that certain customs and ceremonies that took place outside the Dome of the Rock and even inside, during the Umayyad dynasty, were similar to those that used to take place in the Jewish Temple,” they said. 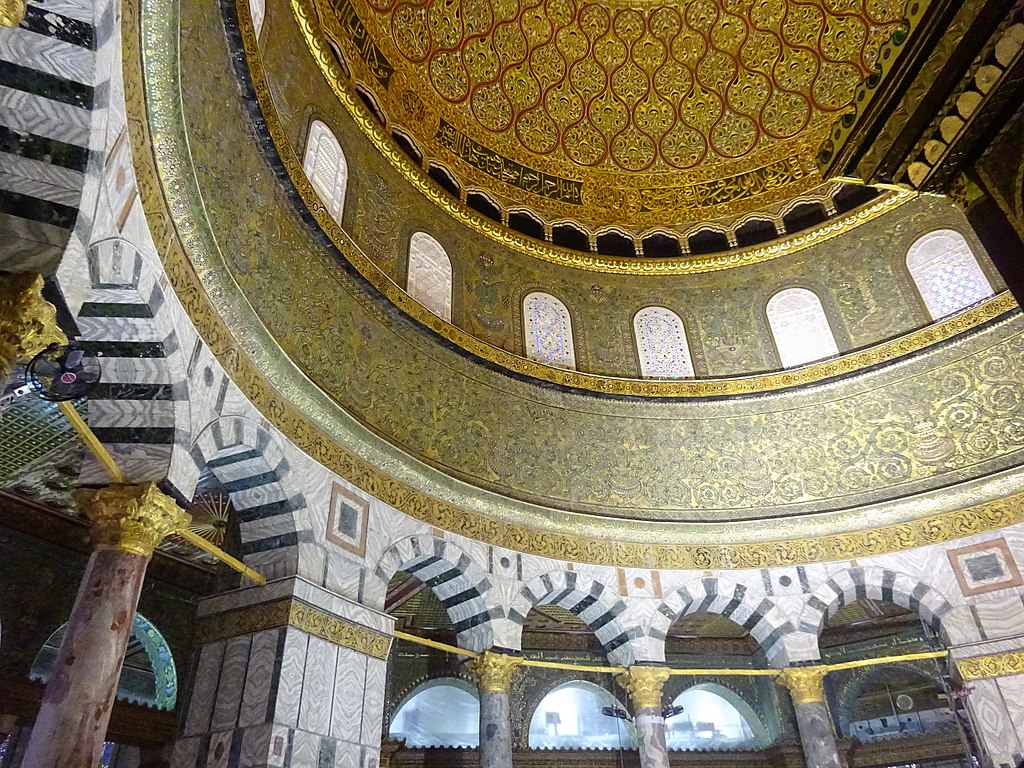 Dimant added that one of the best sources to look at when one wants to learn about the traditional Muslim narrative regarding the Jewish connection to the Temple Mount is Islam’s holiest book, the Koran.

“The sources we quote in the book have a special significance, in that they do not deal with history. It shows how deeply rooted the subject of the two Temples and the Israelites was among Koran commentators.”

Reiter, who participated in dozens of diplomatic meetings between Israelis and Arabs, said he often met with Palestinians and Muslims from Jordan, Egypt and other Arab countries who were convinced that the Jews made up the story of the First and Second Temples after the establishment of the modern state, for political and national reasons.

Q: How do these intellectuals react when you first share this history with them?

Reiter: Many admit that they did not know [this], but there are also intellectuals, academics, who have these books on their bookshelves. They tell me in private conversations that what [Former chairman of the Palestine Liberation Organization Yasser] Arafat said in his time, that there was never a temple in Jerusalem, is nonsense. At the same time, they explain that they cannot in the current state of conflict publicly agree with the accepted academic narrative, which is also the Jewish narrative. “We need to keep our mouths shut,” they say.

Q: How does Islam deal with the obvious contradiction between its current argument and its most respected historical sources?

Reiter: “There’s denial. Disregard. Embarrassment. I showed the manuscript to Arab students that I teach. What baffled me is there were no responses. Nobody spoke out in favor or against it. Nobody said it was true or false. Just complete silence. I sent a copy to a friend in the Jordanian royal family as well, who wants to stay updated on the Temple Mount conflict. He, as well, remains silent for now.”

Throughout the years, when it came to negotiations over Jerusalem, the Israeli government did not use the sources Reiter and Dimant quote in their book.

“The goal was to maintain a diplomatic and political debate, without bringing in the religious aspect,” explained Reiter, who served as deputy adviser on Arab Affairs for three Israeli prime ministers – Menachem Begin, Yitzhak Shamir and Shimon Peres.

“Once Begin asked me the exact verse in the Koran that says that the Land of Israel was promised to Moses,” Reiter recalled. “But then we found out that one of the commentators on the Koran explained that although the Jewish nation is connected to the Holy Land, they do not merit it because of the sin of the Golden Calf.” 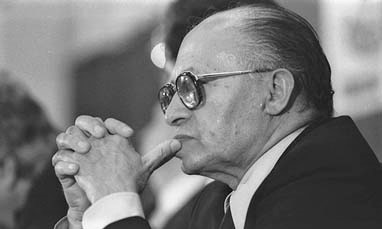 Q: Now that you have compiled these sources and made the information available, do you think Israeli diplomats will use it?

Dimant: “Our goal is to make the discourse more source-based. It is very sensitive. We don’t want to offend anyone. The book is explosive, and officials will not rush to use it. We don’t want the book to become a source of conflict, but to transform the discourse and enrich it with an aspect that is missing from it now completely.”

Q: The connection between Islam and Judaism, how far does it date back to?

Reiter: “It just so happened that last week I read a biography of Muhammad that was written several decades after his death. The prophet, the book said, met with tribe leaders from the city of Medina, who studied with Jews and would often meet with Jews. He asked them about the Jews and their beliefs, and they told him, among other things, that Jews believe in one God.

“The connection between Islam and Judaism existed from the very beginning of Islam. Islam has always seen itself as a continuation of Judaism. The Koran is full of stories of [Jewish] prophets. The Yusuf surah in the Koran is almost identical to the story of Joseph and his brothers in the book of Genesis. And this is just one example.”

Reiter and Dimant explained that modern Islam is much less proud of its Jewish origins and often goes out of its way to hide them. Also, modern Islam has prohibited archeological excavations on the Temple Mount and uses the absence of significant archeological discoveries on the mountain—the result of the prohibition—to reinforce its denial of any Jewish connection to Jerusalem or the existence of the Temple.

Reiter and Dimant list several types of “deniers” in their book: those who claim that the Jewish Temple was not in the Land of Israel at all, but in the Arabian Peninsula; those who are convinced that Abraham, King David and King Solomon were not Jewish, but Islamic figures; and those who think that the traditional Islam is a set of biased, made-up traditions, changed by Jews who converted to Islam and influenced the religion with their own content.

Some contemporary leaders, Reiter and Dimant explained, acknowledge that there was once a Jewish Temple on the mountain, but claim that it was a small, short-lived structure and, therefore, the Jews have no rights to the site today. According to them, the Jews of today have no connection to those Israelites.

For many Muslims, “Judaism is the backbone of Zionism and they see the religion as a threat to Islam and the Al-Aqsa Mosque, and they choose to address this threat by rewriting Muslim history on the one hand, and Jewish history on the other.”

Early Islamic sources, Reiter and Dimant concluded, “fully or almost fully accept the Jewish tradition and span over hundreds of years, almost from the early days of Islam all the way to the 20th century. We claim that those who deny the Jewish connection to the Temple Mount due to political purposes inadvertently undermine the Islamic legitimacy of Al-Aqsa and the Dome of the Rock, and the credibility of essential sources written in Arabic, which are the classics of Islam and its culture and identity.”