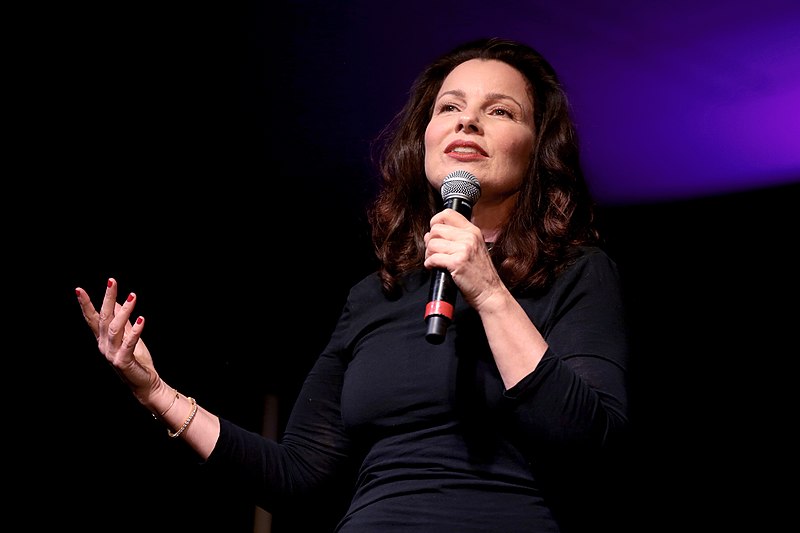 In new comments, “The Nanny” star Fran Drescher has explained why she insisted that her character on the CBS sitcom would remain Jewish after the network attempted to make the character Italian.

“Well, the character was always written as Jewish because it was created for me,” Drescher told the podcast’s host, Ruderman Family Foundation President Jay Ruderman. “And then CBS called when we were writing the pilot script and said that they have an opportunity to pre-sell the entire series. The only thing is they want the character to be Italian, not Jewish. Now, again, here’s this concern about feeling regret because I know myself. And although this was my big break, I knew it was going to be my big break. If I didn’t stand firm on how this character must be written and the show failed, I would have a very difficult time living with the fact that I didn’t do it my way.”As a guest on the All Inclusive with Jay Ruderman podcast, Drescher was asked, given today’s environment of rising antisemitism in the U.S. and worldwide, to describe her efforts to keep Fran Fine as Jewish on the show.

Drescher emphasized the importance of keeping the character Jewish in order to authentically represent her real-life identity on screen.

“I really dug in my heels and said, ‘I’m sorry, but the character of Fran Fine must be Jewish,’” she said on the podcast, which aired its episode with Drescher on October 4. “It’s an extremely fast medium, writing, performing, it’s all very fast and there’s no time for us to do it with an Italian character being because I’m not Italian. And we can’t write Italian with the richness of specificity that is our brand of comedy.”

In September, Drescher was elected as the new president of the influential Screen Actors Guild – American Federation of Television and Radio Artists (SAG-AFTRA). Largely known for her iconic voice on “The Nanny,” she is also a 21-year uterine cancer survivor. In 2002, she published her New York Times best-selling memoir “Cancer Schmancer,” which chronicled her journey through multiple misdiagnoses and survival. Five years later, she founded the Cancer Schmancer Movement, an organization that promotes early detection of women’s cancers and aims to transform the nation’s healthcare system through policy change.

“Women tend to put their families before their own needs,” Drescher said on the podcast. “This is classic of certainly my generation and it’s lot. Many women work and still they are the principal caregiver to the spouse, the elder and the children in every home nationwide. So, at the earliest and most curable stage, which I call the whisper stage, you may feel something seems unusual, irregular, abnormal, but you can dismiss it because it’s not that bad and you have a lot on your plate already, and maybe it’ll just correct itself and go away. Unfortunately, in most cases, that is not what happens. And so, we at Cancer Schmancer have been trying to pivot women’s thinking to realize that they have to put their health and wellbeing first, because they’re useless to their family if they’re six feet under.”

In the All Inclusive podcast, Jay Ruderman interviews leaders and experts across a wide array of industries on the latest news, technology, and advocacy pertaining to social justice. Ruderman and the program’s guests share the mindset that in order to make progress that will lead to an innovative future, honest discussions must be held.

For more information on the podcast, visit: https://allinclusivepodcast.com/

For the full episode with Fran Drescher, visit: https://allinclusivepodcast.com/podcasts/s04-ep22-fran-is-just-fine/