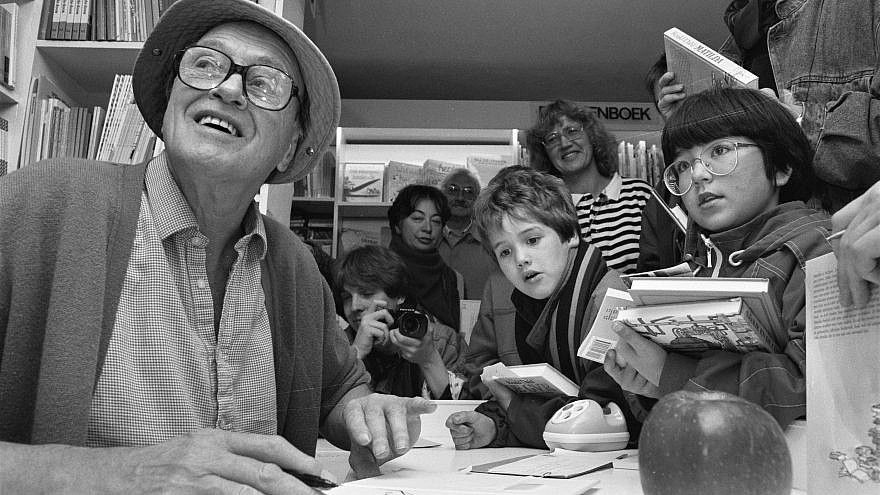 Netflix has acquired the Roald Dahl Story Company (RDSC), giving it rights to all the works by the late British children’s author, who was openly anti-Israel and had a history of making anti-Semitic remarks.

Dahl’s books have been translated into 63 languages, and more than 300 million copies of them have been sold worldwide. He created iconic characters such as Matilda, the BFG, the Fantastic Mr. Fox, Willy Wonka and the Twits.

Netflix said on Wednesday that the acquisition builds on the partnership it started with RDSC in 2018 to create a number of animated series based on the author’s stories.

The streaming giant said Academy Award-winning filmmaker Taika Waititi and Academy Award-nominee Phil Johnston are already working on a series based on Dahl’s “Charlie and the Chocolate Factory,” and Netflix is working with Sony and Working Title on an adaptation of “Matilda the Musical.”

Dahl, who died in 1990, told Britain’s New Statesman magazine in 1983 that “there is a trait in the Jewish character that does provoke animosity. … Even a stinker like Hitler didn’t just pick on them for no reason.”

Months before he died, he told The Independent that Jewish publishers “control the media.”

He said, “I’m certainly anti-Israeli, and I’ve become anti-Semitic in as much as that you get a Jewish person in another country like England strongly supporting Zionism,” as reported by The Guardian.