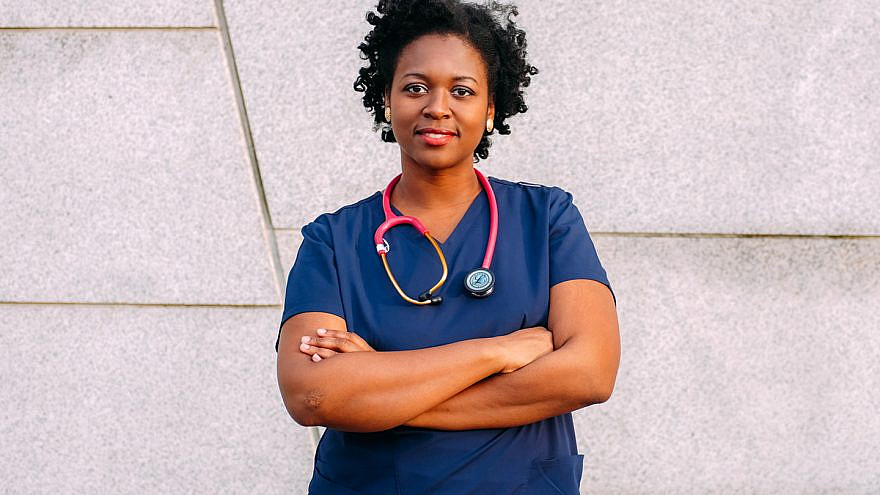 Claiming that she was misunderstood, a New York state assemblywoman deleted a controversial tweet that replaced a map of Israel with Palestine and adorned with flowers.

“I deleted a previous tweet that led to misunderstandings about my position,” said Phara Souffrant Forrest, 32, who’s also a nurse. “My position has always been about peace and justice. I stand against apartheid because I believe that all people deserve to live under equal rights, regardless of ethnicity or religion.”

The map, however, was just one of several anti-Israel tweets by Souffrant Forrest, who touts support from Rep. Alexandra Ocasio-Cortez (D-N.Y.) on her website. Serving her first term in office, Souffrant Forrest also posted: “It is a moral stain on our country and all who live here to have our government and elected officials continue to prop up an Israeli state dedicated to apartheid. We must change that. #BDS #FreePalestine.”

Local Jewish community member Avi Lesches said, “In short, it is extremely disturbing and upsetting, to say the least, especially when this is coming from an elected official who represents a portion of Crown Heights,” the Brooklyn neighborhood that is home to the Chabad-Lubavitch movement and one of the largest Jewish areas of New York City. “An elected person is supposed to represent all the people of their district, not just those they agree with. … I welcome Assemblywoman Forrest to meet with members of the Crown Heights Jewish community … to learn who we are and what we stand for before making blanket statements that are not only hurtful but shameful.”

StandWithUs Northeast’s regional director Avi Posnick pointed out that “it’s a shame that the assemblywoman would spread misinformation and lies about the Jewish state at a time when anti-Semitism is rampant, especially in New York. This is the time for our elected officials to bring people together, not cause more division.”

Before deleting the tweet, Forrest had doubled down and retweeted the map on Thursday morning, writing: “This is a map of historic Palestine. This land has a history of peaceful coexistence. Today, as an @hrw [Human Rights Watch] report states, the reality on the ground is apartheid. We need to make sure our tax dollar don’t support the oppression of any peoples.”

Chaskel Bennett, a leader in the Orthodox Jewish community, called the post of the map “revolting.”

“It is a very anxious time with Hamas’s indiscriminately targeting Israeli citizens, and yet here is a New York state assemblywoman weighing in with a map that says ‘Free Palestine.’ This is incitement and reckless language calling for the genocide of Jews.”