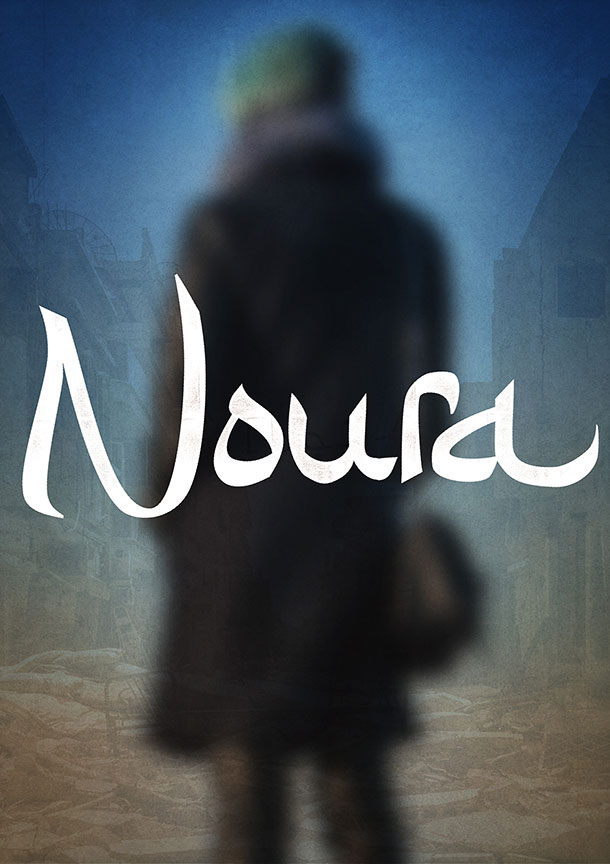 Jews of Eastern European ancestry are all too familiar with the pogroms that forcibly removed their forebears from their homes in the 1800s and continued through the Holocaust. However, Jews don’t hold the exclusive rights to being persecuted in one’s homeland. Iraqi Christians known as Chaldeans also suffered similar persecution and abuse at the hands of the Baathist government.

Heather Raffo’s new play, Noura, the Old Globe’s West Coast premiere, unveils the story of a Christian Chaldean couple who are Iraqi refugees. They’ve been in America for seven years, but are celebrating their first Christmas as American citizens. Their new passports sport new American names, Tareq is now Tim, Noura is now Nora, and their son, Yazen has morphed into Alex. While Tim seems happy with this development, Noura is resentful and doesn’t like the adaptation. Her defiance is not only internal but observable as she sneaks outside to smoke cigarettes although her husband wants her to quit.

Since emigrating, both Tareq (Mattico David) and Noura (Lameece Issaq) have not been employed to their potential. Tareq, a surgeon in Iraq, found employment at a Subway sandwich shop. Noura draws architectural designs and is designing a family compound for her husband’s sisters, as his Christmas gift. Their young son, Yazen (Giovanni Cozic) while more obedient than most American kids, seems to be interested in the typical distractions, play station, sledding, etc.

The situation becomes increasingly tense when we are introduced to a new character. It turns out that Noura has been sponsoring an Iraqi orphan for some time, but this young woman is now studying in California and is visiting New York. She is expected to join the family for Christmas day, but arrives on Christmas Eve, catching Noura by surprise.

The surprise factor is ratcheted up tenfold when Maryam (Isra Elsalihie) removes her coat and is most obviously pregnant. She is a strong independent young woman, who openly tells Noura that she wants this child and intends to work and care for her baby as a single woman. This defiant, in-your-face stance is frightening to Noura. She is at once proud of Maryam for her strength and afraid for her ignorance. Noura reacts from her ancestral base, leading Maryam to say “You were so much more progressive online.” She exits, stating that she will text regarding Christmas dinner.

Noura and Tareq both have a foot in each world. They are both here in America, trying on new roles, yet both also are rooted in the customs of the Iraqi world they came from. This juxtapositioning creates a great deal of dissonance for each of them individually which plays out for them as a couple. Tareq accuses Noura, “You were too easy. You were supposed to reject me.” He explains that men are supposed to win women as sexual conquests, but women are supposed to reject them to prove that they are chaste. Because Noura slept with him, he believes her to be “not honorable.” She replies that she didn’t know this was a test; she thought they were in love. He replies that he has forgiven her. “I love you. No, you’re not honorable.”

Despite the uncertainty on Christmas, Maryam does show up, along with family friend, Rafa’a (Fajer Kaisi), an Iraqi Muslim, who has grown up with Noura. His affection for her has never been verbalized but he is in love with her. This particular relationship was never given room to flourish because he is Muslim and she is Christian, yet they have remained friends. This proximity is proving too much for him, and he has decided to relocate.

The invectives begin to fly as Tareq interrogates Maryam. He cannot take in that she has intentionally become an unwed mother. He is offended and believes that her loose morals epitomize “how Iraq has disintegrated.” When his wife, Noura, tries to express her feelings stating that for “26 years I’ve lived in exile from myself,” her husband tries to silence her by saying, “just because it’s true doesn’t mean you need to speak it.”

This play is definitely worth seeing as the acting is stellar. Each character finds a place to lodge in your heart and conscience. The clash of old-world ideals and customs stared down by a new world of brash contradictory rules, causes deep turmoil in everyone, on stage and in the audience.

Award-winning writer, Heather Raffo is a graduate of The Old Globe and University of San Diego Shiley Graduate Theater Program. This playwright and actress has performed internationally and has been the nominee and recipient of many awards for her numerous plays. She researched this show over a five-year stint in the Middle East.

This story is applicable to so many cultures and peoples who have been forced out of their homelands, persecuted for political or religious reasons. These refugees struggle with trying to recover themselves in a foreign land, as they cling to all they know while attempting to embrace a new world that often mystifies them.

Tickets may be purchased at www.TheOldGlobe.org or by phone 619.23-GLOBE. Performances run through October 20.