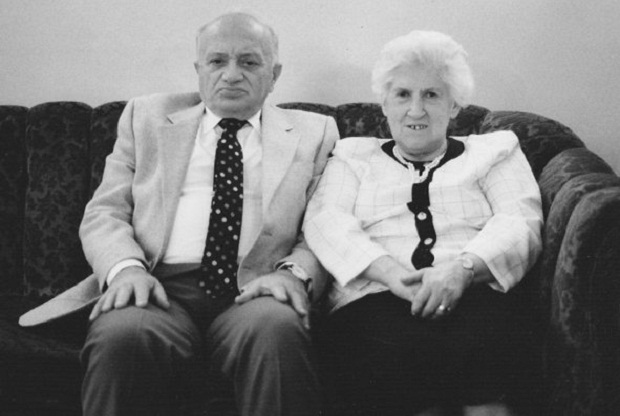 Chaike Belchatowska, a fighter in the Warsaw Ghetto Uprising who survived to tell about it, was born in Warsaw on this date in 1920. The child of a radical mother, and a member of the Jewish Labor Bund, Belchatowska helped to circulate a Yiddish paper warning ghetto residents that their deportation would bring them to Treblinka and death, and urging resistance. She herself managed to escape a cattle train bound for Treblinka in November, 1942, and made her way back to the ghetto, where in January, 1943 she joined the Jewish Fighting Organization, which would lead the heroic uprising in April. During the fighting, Belchatowska, her husband-to-be, Boruch Spiegel, and some fifty other ghetto fighters escaped to the forests outside Warsaw, where they harassed the Germans with partisan tactics until the Soviet army swept through the following year. Belchatowska and Spiegel spent the rest of their days in Montreal, where she raised a son and a daughter and died at 81 in 2002.

“Whenever we start a conversation — it can be about the weather — we always end up talking about the years over there. Without fail. I remember everything. It’s so in my mind, so vivid in my memory.” —Chaike Belchatowska