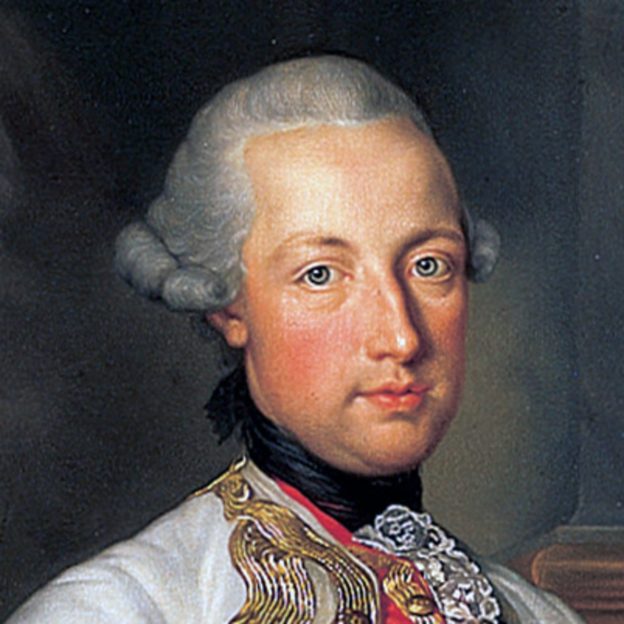 In a decree promulgated on this date in 1787, Holy Roman Emperor Joseph II ordered all Jews in the Hapsburg Empire to acquire family names. The decree came five years after the Edict of Tolerance, which permitted Jewish children to attend schools and universities, eliminated vocational restrictions for Jewish adults, abolished stigmatizing rules of dress and conduct, and restricted the use of Yiddish and Hebrew to the private sphere. With the 1787 decree, according to Alexander Beider (in the YIVO Encyclopedia of Jews in Eastern Europe), “Jews were free to choose their names subject to approval of Austrian officials. If a Jew had not chosen a name, one was assigned. The choice depended only on an Austrian official’s imagination.” Some of the names referred to occupations, others to personal traits  (Redlich: honest; Freundlich: friendly). Other names, writes Beider, were “compound, made up of two roots.” Examples of these roots include: metals (Eisen: iron; Kupfer: copper), colors (Braun: brown; Roth: red; Weiss: white); flora (Baum: tree; Blum: flower; Wald: forest); size (Klein: small; Gross: big); “words related to the heavens” (Himmel: sky; Licht: light; Stern: star); topography (Berg: mountain; Feld: field; Stein: stone); and habitations (Dorf: village; Heim: home). “The resulting names,” Beider concludes, “often are associated with nature and beauty. It is very plausible that the choices were influenced by the general romantic tendencies of German culture at that time.” Joseph II’s decree was part of his policy of enlightened despotism, reflective of the European Enlightenment, which included the abolition of serfdom, the death penalty and judicial brutality, and the establishment of compulsory education. Most of his reforms were overturned, however, following his death at 49 in 1790, and rights would not be fully restored to Jews until 1867.

“[P]ersonal names represent an organic part of Jewish culture. Their corpus developed over the centuries in a natural way, inside the community. Their history is closely related to that of Yiddish. On the other hand, but for a very few exceptions, the family names were invented during a short period of time, around the turn of the nineteenth century.” —Alexander Beider