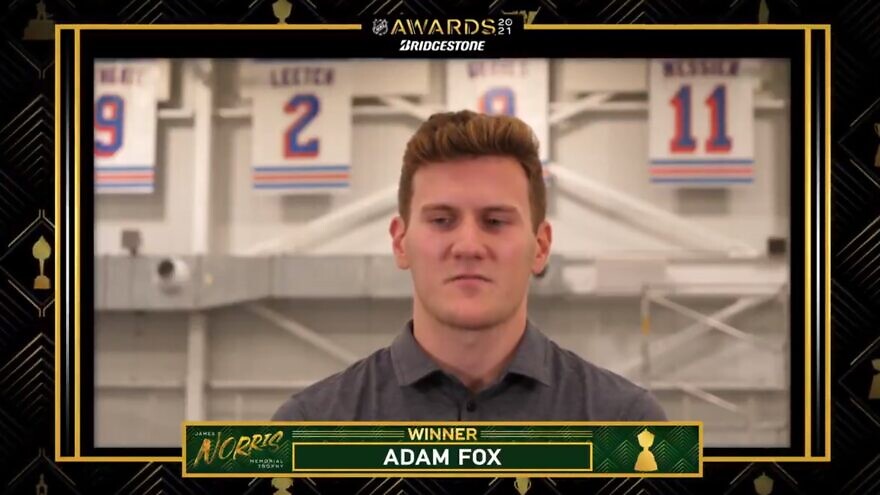 Adam Fox, a Jewish hockey player with the New York Rangers, was named on Tuesday the winner of the 2020-21 James Norris Memorial Trophy.

The trophy is giving annually to the National Hockey League’s (NHL) top defenseman and Fox, 23, has become the first Jewish player to win a major NHL award.

The 5-foot-11 athlete and lifelong Rangers fan joins Bobby Orr of the Boston Bruins as only the second hockey player in the 67-year history of the trophy to win it in his second season with the NHL, and Hall of Famers Doug Harvey, Harry Howell and Brian Leetch as the only Rangers to take home the honor, according to the New York Post.

Fox led NHL defensemen with 42 assists while finishing second in points with 47.

He added, “I just tried to play my best game-in and game-out and help the team win. I think personal success comes from that. The next step is just team success.”

When asked by the New York Post in 2019 about being one of the few Jewish athletes in the NHL, he said, “It’s definitely nice to represent a community, for sure.”