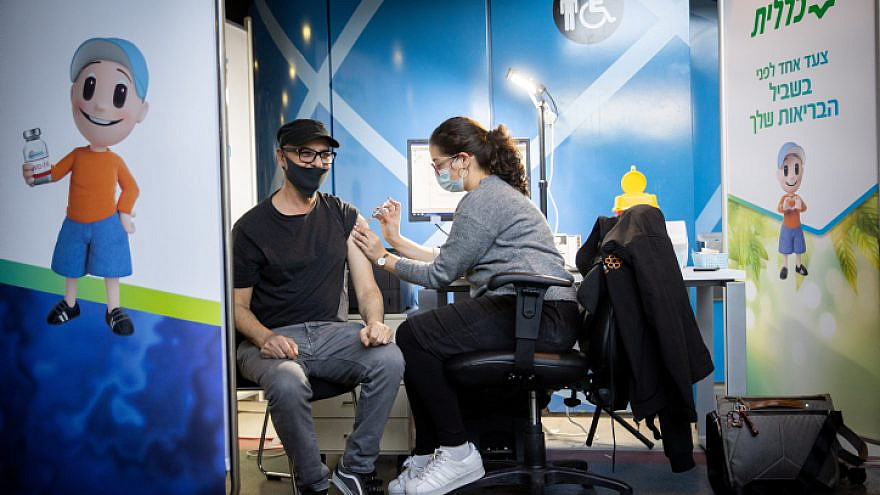 A single dose of Pfizer’s BioNTech COVID-19 vaccine lowers the chance of contracting the disease by a third after two weeks, according to a new Israeli study.

The findings of the study, which was conducted by Israel’s largest HMO, the Clalit Health Fund, were based on the testing of 200,000 members of the public aged 60 and above who received the first of two required doses of the vaccine, and an equal number of the same population who did not, Israeli business site Globes reported on Wednesday.

The report noted that these findings are in line with Pfizer’s own research, which indicates that the effect of the first dose begins to show after 11 days—strengthening the conclusion that the vaccine, not other factors, is responsible for the variation between the inoculated and non-inoculated groups.

As JNS reported earlier this week, Israeli Prime Minister Benjamin Netanyahu and Health Minister Yuli Edelstein were on hand at Ben-Gurion International Airport on Sunday for the arrival of another shipment of the Pfizer vaccine.

The delivery came a week after Netanyahu’s announcing “Operation Back to Life”—an agreement with Pfizer whereby, in exchange for the company’s pushing forward the date of the arrival of its second batch of vaccines and increasing the amount delivered, Israel will provide the company with statistical data about the country’s inoculation program.

Israeli Health Minister Yuli Edelstein reported on Jan. 10 that Israel has so far administered the first dose of the vaccine to 1,817,000 Israelis and plans to have 5 million fully inoculated by April.