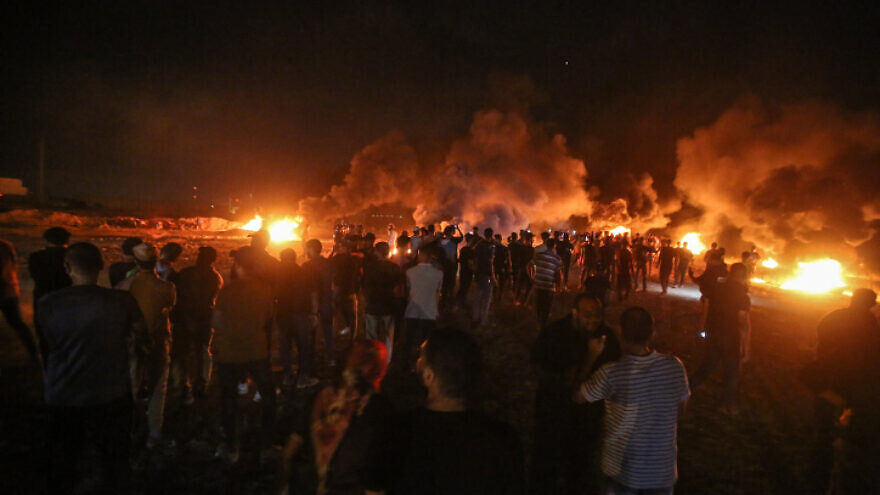 Palestinian activist and singer Ramze Alokk said at a Gaza border riot in Khan Younis last week that the “sword of Jerusalem” was first drawn in 1948 and “will never be sheathed.”

In remarks broadcast on the Palestinian Islamic Jihad’s Al-Quds Today on Aug. 25, Alokk said, “Who told you that the sword of Jerusalem will be sheathed when the battle is over? Never!”

(“Sword of Jerusalem” is the name given by Hamas to the 11 days of fighting between it and Israel in May, called “Operation Guardian of the Walls” by Israel.)

Between battles, the sword was sharpened, said Alokk, so as to kill more mercifully.

Alokk was sentenced by Israel to 30 years imprisonment for his involvement in attempted bombings and in sniper attacks in the Jerusalem neighborhood of Gilo. He was released in the 2011 Shalit Deal and banished to Gaza.

The eyes of the entire world were on Gaza, he said.

“Let’s chant and cry out together, and let our people in Jerusalem hear it. They are listening to us, along with the people of the West Bank, the [1948] Palestinians and the Palestinian diaspora. From here, we salute the people of Jabal Sabih. We are with you and victory is near, Allah willing. Let’s say together: We respond to your call, oh Al-Aqsa!”