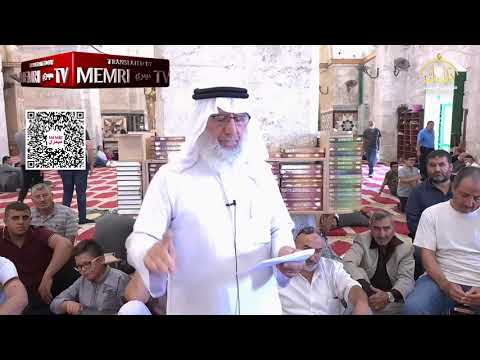 Palestinian Islamic scholar Sheikh Issam Amira called upon the Taliban to declare a second caliphate and not just an Islamic emirate during an address at the Al-Aqsa mosque.

According to the report by the Middle East Media Research Institute (MEMRI), Amira made the statements Aug. 21 on YouTube, in which he said that the people of Pakistan would join the caliphate and come to Jerusalem as conquerors and liberators of the Al-Aqsa mosque.

“Afghanistan should declare [the establishment] of the second rightly guided caliphate, which follows the ‘Path of the Prophet,’ and not [just] an Islamic emirate,” he said.

“Soon, the people of Pakistan will kick out their treacherous rulers, join the caliphate and follow it. All the countries of the Fergana Valley will also follow it, and join it quickly and amazingly. You will all come to Jerusalem as conquerors and liberators of our Al-Aqsa mosque, which belongs also to you and to all the Muslims.”