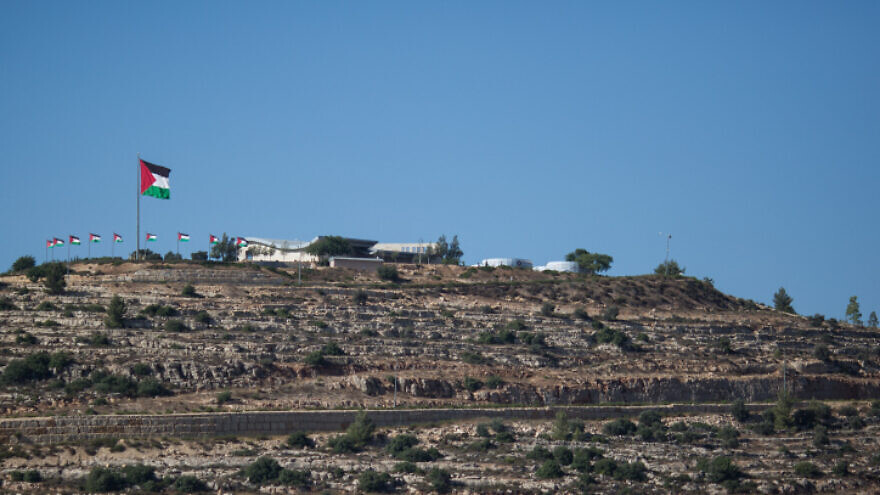 After Rawabi, the first planned Palestinian city built in the West Bank, the Palestinians are now in the process of building a new Jerusalem neighborhood called “Lana.”

The plan is to build the future Palestinian neighborhood north of Jerusalem, near Beit Hanina. The neighborhood, whose construction will commence in the coming months, according to Palestinian reports, will consist of thousands of housing units that will only add to the congestion in the city.

Massar International, a holding company headquartered in Ramallah, is spearheading the planning for “Lana” and its construction. The company, which is owned by the Masri family, amassed its fortune by supplying and transporting oil and fuel. Massar International also planned and built Rawabi.

The official launch of the initiative took place several days ago in eastern Jerusalem, attended by senior Palestinian officials. Bashar Masri, the chairman of Massar International, said at the event that, similar to Rawabi, the new neighborhood will be built for Palestinians of high socioeconomic status.

In 2019, Jerusalem’s Planning Infrastructure Administration approved the project, the first stage of which will be 92 housing units. On Sept. 2, another construction permit was granted to allow the Palestinians to immediately begin breaking ground. In the later stages, according to the construction plans, 400 homes will be built within Jerusalem’s municipal territory.

The project’s managers said at the launch that the luxury apartments to be built in Lana are meant to answer the needs of affluent Jerusalem families.

“All Arab construction between Ramallah and Jerusalem will harm the city’s unity,” said Maor Tzemach, chairman of the Lach, Yerushalayim (“For You, Jersualem”) organization. “Israel must put the brakes on the Palestinian Authority’s delusional dreams in Jerusalem, and approve, right now, the construction of the Jewish neighborhood in Atarot. This is the only way we can put an end to the Palestinian dream of ‘greater al-Quds.’”

Jerusalem councilman Yonatan Yosef said: “As a member of the Planning Infrastructure Administration, I’m stunned that people who describe themselves as Zionist work against the holy city. I will work with all my might to thwart the dangerous plan to the future of a Jewish majority in Jerusalem.”

Chaim Silberstein, the founder and president of the “Im Eshkachech” (“Keep Jerusalem”) organization, said, “The construction permit granted to Masri to build dozens of housing units and his aim of expanding the permit to include hundreds of additional units next to the Atarot industrial zone is a death blow to the effort to expand the industrial zone on behalf of all the city’s residents.”