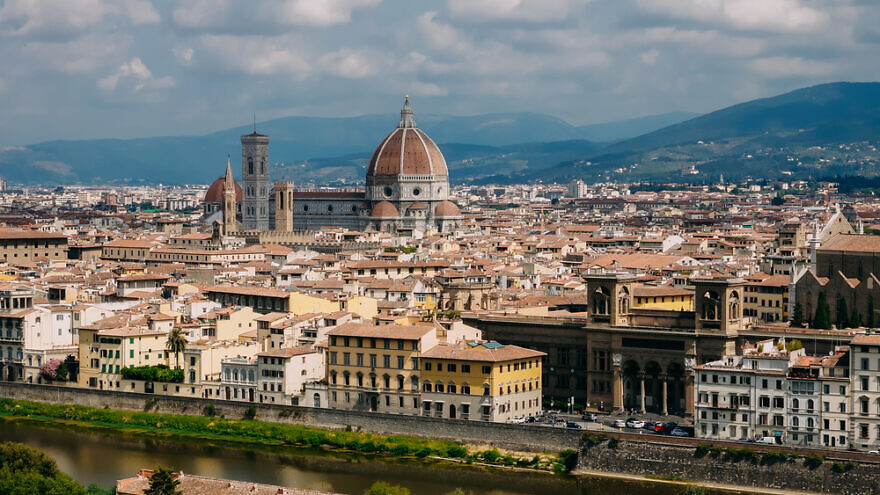 A park in Florence, Italy, has been named after a Jewish couple who joined the Nazi resistance during World War II and became prominent members of the local community, The Jerusalem Post reported.

The park, close to the famous Church of Santa Croce, was named after Wanda Lattes and Albert (Aaron) Nirenstein in a ceremony on Monday.

Lattes was born in Florence in 1922. As a teenager, she joined the city’s anti-fascist resistance movement, Giustizia e Libertà, transmitting information by way of bicycle, and remained a partisan until the German retreat in 1944. She was also in charge of a secret network that provided medical aid to injured partisans and helped her family find refuge from Nazi persecution. Her parents and sister survived the war.

Lattes later became one of the first female journalists in Italy, and also worked as a culture writer and editor.

During World War II, as part of the British army’s Jewish Brigade, he traveled to Florence, where he met Lattes. The couple remained in the city after the war and had three daughters, two of whom live in Israel.

Nirenstein became a well-known Holocaust scholar and was Italy’s correspondent for the Israeli newspaper Al Hamishmar under the pen name Aaron Nir. He died in 2007; Lattes died in 2018.

The couple had often hosted many high-profile figures in their home in Florence, some of whom spoke at the park’s ceremony on Monday.