Home Recommended Perfomances and Plays Poems of Natan Alterman, Zelda, to be performed May 4 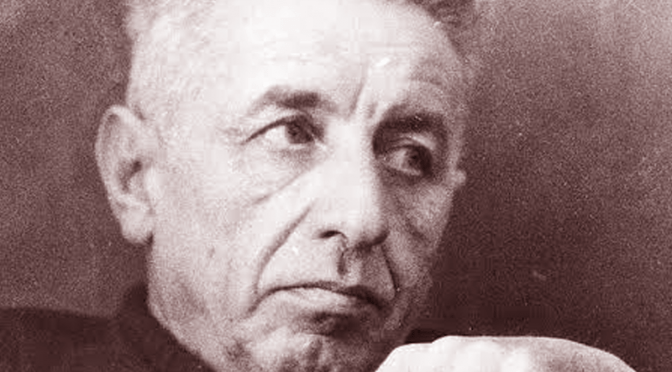 Two famous Israeli Poets, Natan Alterman and Zelda, will be featured at 7 p.m.  Tuesday, May 4, in a salute to  Jewish Poets of the Past. The evening presented by Jewish Poets—Jewish Voices, under the auspices of the Lawrence Family JCC’s Astor Judaica Library and the San Diego Center for Jewish Culture, will feature on Zoom 22 readers and vocalists.

Rabbi Martin Lawson, Rabbi Emeritus of Temple Emanu-El, will open with a brief overview of Natan Alterman’s life.  Then Myla Wingard, my daughter, will follow with two Alterman lyrics set to music, “Shir haEmek (Song of the Valley),” and “Layla, Layla (Night, Night).”

Alterman was born in Poland in 1910 and immigrated to Israel in 1924. He was influential as a columnist and co-editor of Davar, Israel’s moderate socialist newspaper. He died in 1970 in Tel Aviv.

Among the poems he wrote which stirred pre-state Israel were: “Mi Kol haAminu (From All Peoples),” written after news of the atrocities against the Jews in Europe became known, and “Magash haKesef (Silver Platter),” composed near the end of the 1948 War of Independence.

Those will be included among the eight Alterman selections read, first in English, by Michael Horvitz, Eli Meltzer, Daniel Warren and my son Dan Wingard, then followed by the original Hebrew versions read by Yiftach Levy, Guri Stark, EZ Wajcman and Omer Zalmanowitz.

The second part of the program will open with a summary of Zelda’s life, presented by Janice Alper, a member of the Jewish Poets—Jewish Voices Committee and co-chair for this event.

Zelda was an Orthodox woman born in 1915 in the Ukraine and brought to Israel at the age of 12.  She was a descendant of the Chabad Dynasty. Her full name was Zelda Schneurson Mishkovsky. She is beloved by Israelis of all walks of life. The Marcia Falk translations into English allow English speakers to now experience her unusual poetry.

The evening will conclude with Zelda’s most famous poem, “L’kol Ish Yesh Shem (Each of Us Has A Name),” read first in English by Myla Wingard, then sung in Hebrew by Elisheva Edelson.

In addition to the twenty four participants in the program, the program has had the support of the JCC staff, Melanie Rubin, Sarah Mattes, Guy Sela. Geula Hebron, award winning Hebrew educator, assisted in recruitment of Hebrew readers and in program layout.