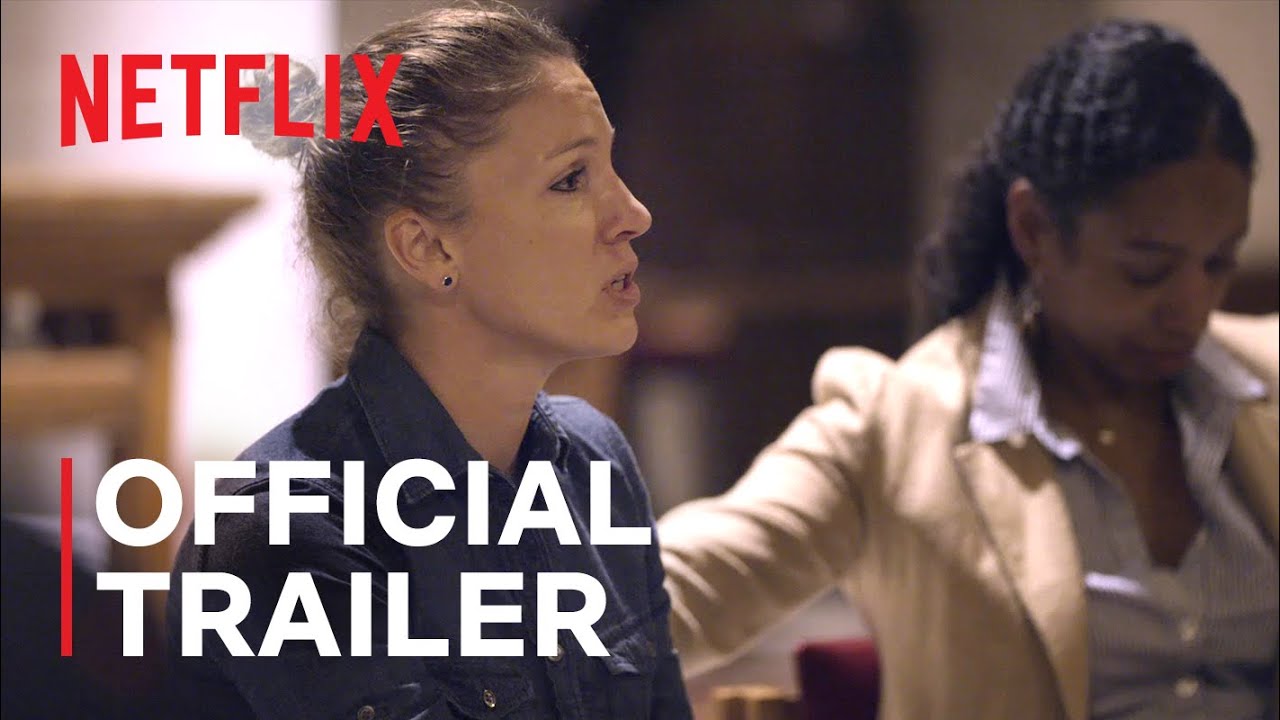 John and Anne Paulk were the public faces of the “ex-gay” movement. Married with children, they did the talk-show circuit (Oprah, Springer, 60 Minutes) asserting that Divine Intervention had “delivered” them from their “sexually deviant lifestyles.”

Then John Paulk was recognized and photographed inside a gay bar. Outed and disgraced, he left the movement and filed for divorce. John Paulk now lives as an openly gay man with his husband. As to Anne Paulk… We’ll circle back to her.

Directed by Kristine Stolakis, Pray Away, a new documentary on Netflix, tells the story of the Paulks and others, exposing the fraud of “Conversion Therapy” or CT, and its largest umbrella organization: Exodus International Ministries. Exodus offered to save people from AIDS and eternal damnation by curing them of their SSA (Same-Sex Attraction).

For an Evangelical Christian, being gay or lesbian is simply unacceptable. It is an abomination, cursed by the Almighty. Wanting to “get right with God,” thousands of faithful flock to these programs. At their height in 2006, Exodus boasted of 400 chapters in 17 countries. Extensive interviews with a handful of its former leaders tell the story of Exodus’ rise and fall.

The premise of CT is that if someone suffers from SSA, something must have gone wrong in their lives. Maybe they were sexually abused or their parents just didn’t love them properly. There’s a lot of parent-blaming, guilt and shaming. However, the ship can be righted through a combination of talk-therapy, confession, prayer and -in some circles- exorcism. Mike Bussee, the founder of Exodus who later became its most outspoken critic, describes CT as “awful pseudo-psychology.”

One of the profiled survivors, Yvette Schneider expressed amazement that she ever bought into this mind-set. But at the time, she had just watched two close friends die of AIDS. Plagued by existential questions and needing a sense community, she went to church looking for answers.

Julie Rodgers, another survivor explains, “Ex-gay leaders are doing what they believe is the best thing for all of us. …I wish that they would listen to us and believe us when we say that we are so much healthier now that we are no longer a part of that.”

In 2013, Alan Chambers, the Director of Exodus, sat down with Mike Bussee and other ex-ex-gay folks on Our America with Lisa Ling. To his credit, Chambers really listened, taking in how much damage Exodus had done to people’s lives. Bussee implored Chambers to shut Exodus down. At the next Exodus conference, Chambers did just that. A decent man at heart, he just couldn’t go on hurting people.

Pray Away focuses on the deeply personal stories of a handful of former leaders who rebuilt their lives after they left the movement. In my opinion, Pray Away could have gone farther. They could have made more of the fact that CT has been unequivocally condemned by forty-six different medical and mental health associations. These include:

You get the idea.

It is the collective assessment of professionals throughout the mental health field that efforts to change sexual orientation and gender identity lack any scientific merit and can actually be harmful to a person’s psyche.

Pray Away also could have featured some CT organizations that have been shut down by court order. Practicing therapy without a license is illegal. Moreover, they were offering services they simply could not deliver. The heavier-handed practitioners have gone to prison for child abuse and reckless endangerment of minors.

Lest we think this is just a Christian thing, JONAH (Jews Offering New Alternatives for Healing) was shut down in 2015 for Consumer Fraud. JONAH had mentally tortured their clients while make false promises. JIFGA (JONAH’s successor) is still appealing the $3.5 million settlement they were ordered to pay their victims.

Putting these critiques aside, I hope that Pray Away sparks meaningful conversations. I pray that it engenders greater empathy in conservative circles toward the LGBTQ+. It’s easy to dismiss the hateful vitriol when it’s not coming from your own. But the youth who grow up in these churches often contemplate suicide because they think that God and their own families cannot love them as they are.

While Exodus is no more, like the mythical Hydra, other, smaller organizations have sprung up in its place. Rising from the smashed head is the Restored Hope Network run by none other than Anne Paulk, who declined to be interviewed for the film.

One mini-head of the hydra is Freedom March whose leader, Jeffrey McCall claims to be a former trans-woman turned into a redeemed Christian man. McCall spends his days canvassing grocery stores and sharing his “personal testimony” with anyone who will listen. As to their claim of being “delivered” of their orientation: Girl, please. When these marchers get together, they are as flamboyantly “Yass, Queen!” as any gay posse at a drag show. At one of their events, the MC was sporting a bright red derby and a cheetah print shirt. You just can’t get any gayer than that.

The moral of the story seems to be that if you genuinely love someone, accept them for who they are. Praying to change them into who you think they should be is both cruel and a fool’s errand. Pray instead for a more open heart. Pray to overcome your own prejudice. Then shall you be blessed with more honest and loving relationships with those you hold dear. Amen.

Pray Away is streaming on Netflix. The trailer is available here https://youtu.be/tk_CqGVfxEs