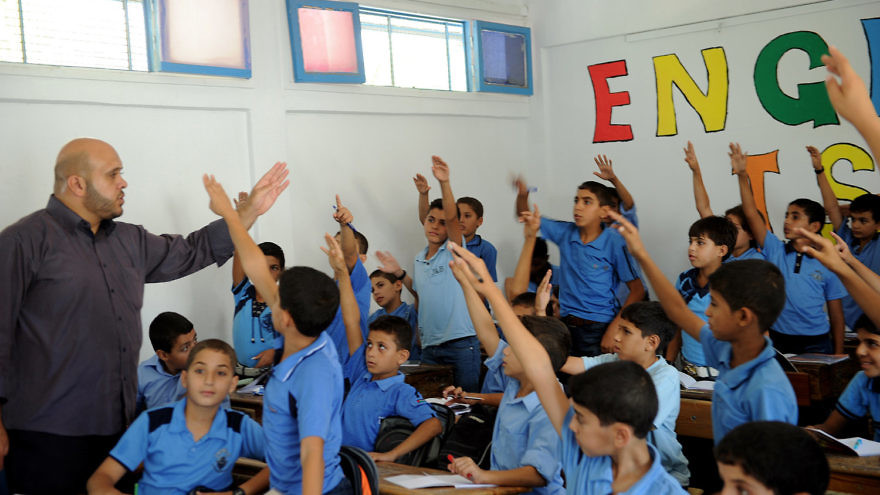 Several pro-Israel and Jewish organizations are urging U.S. legislators to pressure the United Nations to end hateful anti-Semitic content found in the curriculum of schools run by the U.N. Relief and Works Agency (UNRWA).

The letter to Congress—spearheaded by Hadassah and signed by more than a dozen leading Jewish and pro-Israel groups, including the Anti-Defamation League, B’nai B’rith, the Orthodox Union, the Zionist Organization of America, the Combat Anti-Semitism Movement and Christians United for Israel—calls on lawmakers to urge “U.N. Secretary-General António Guterres to shield students in U.N.-run schools from lessons steeped in anti-Semitism and supportive of violence.”

“It is critical that we stand together to demand systemic reform to educational materials used by … UNRWA before one more child is taught from textbooks riddled with hateful lessons,” the letter states.

It cited a recent report by IMPACT-se that discovered how UNRWA staff have authored and disseminated educational content, which in some cases was “more egregious than that of the Palestinian Authority.”

The letter comes as U.S. Secretary of State Antony Blinken announced it is restoring $150 million in aid to UNRWA that had been cut under the Trump administration.