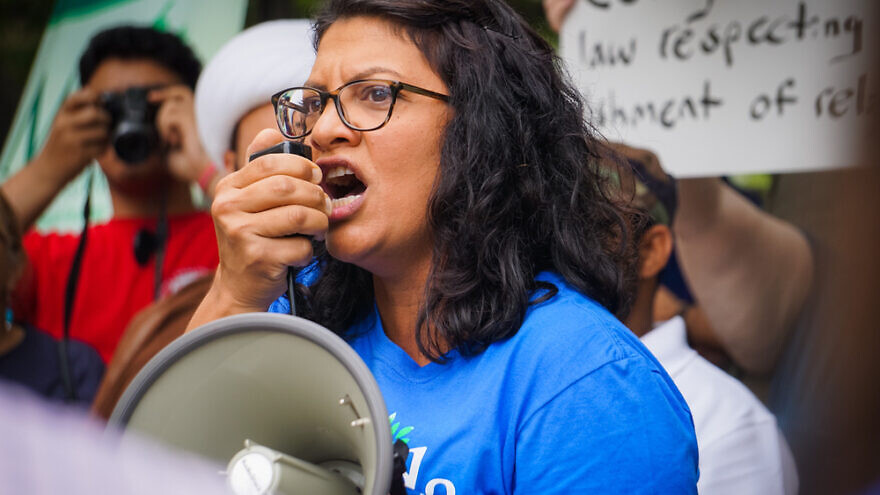 Rep. Rashida Tlaib (D-Mich.) is drawing backlash over putting pressure on Israel to release the body of a slain terrorist who attempted to kill Israeli soldiers in June.

In a social media post on Sunday, Tlaib criticized Israel’s policy of holding onto the bodies of terrorists who are killed during an attack.

“Meet Mai Afana’s mother, Khuloud, who is fighting to be able to bury her daughter & begin her healing,” Tlaib wrote on Twitter. “Mai was a mother, loving daughter & successful PhD student. She was killed by the Israeli government last June. Israel won’t release her body to her family.”

Meet Mai Afana's mother, Khuloud, who is fighting to be able to bury her daughter & begin her healing. Mai was a mother, loving daughter & successful PhD student. She was killed by the Israeli government last June. Israel won't release her body to her family. pic.twitter.com/kHehtA0yeW

“You forgot the part where she attempted to murder a bunch of Israelis. Minor detail, for you, we know…,” wrote Dov Hikind, former New York State assemblyman and founder of Americans Against Antisemitism.

“Why aren’t you mentioning that Mai Afana tried to ram a group of Israelis with her car and then attempted to stab them before she was killed?” wrote pro-Israel activist and writer Hen Mazzig. “Why is Rashida Tlaib unable to discuss Israel without misinformation? If you can’t make your point without lying, it’s not valid.”

Afana tried to ram her car into Israeli soldiers and attacked them with a knife. That’s called a terrorist attack.

How can @SpeakerPelosi and @LeaderHoyer continue to tolerate this kind of anti – Semitism in their caucus? https://t.co/e32eHcP3ww

Afana, 29, was killed by Israeli forces in June after attempting to ram a group of soldiers with her car near the village of Hizma, close to Jerusalem.

Israel routinely withholds the bodies of slain terrorists as a way of bargaining for live Israeli captives and the bodies of Israelis held by the terrorist group Hamas.

Tlaib’s post did not note Afana’s role in the thwarted terror attack.

“I am sharing Mai’s story because I began to only learn last year of this inhumane practice by the Israeli govt,” Tlaib said. “Without proof, they make claims, and all to just continue to dehumanize Palestinians even after they have died. We must stand against this form of collective violence.”

Tlaib, who is of Palestinian descent, openly backs the BDS movement against Israel and has called for cutting security aid to the Jewish state.