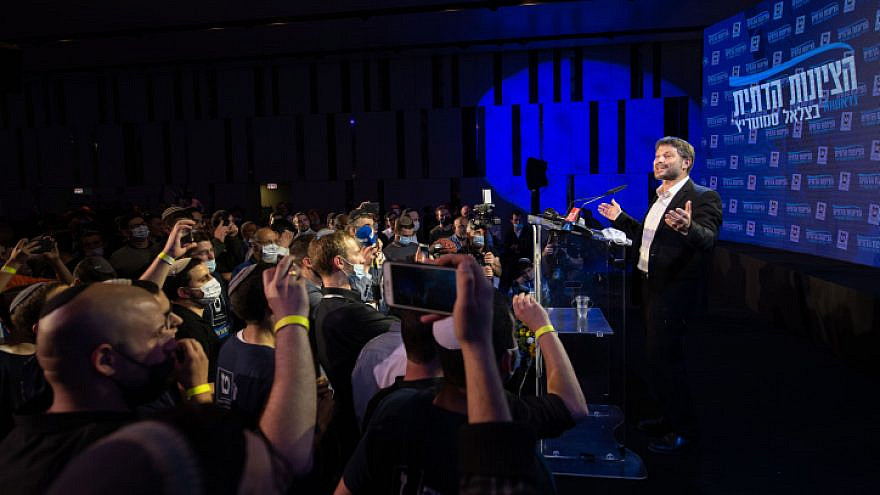 The Religious Zionist Party’s strong showing in the Israeli elections drew spontaneous celebrations and dancing at party headquarters in Modi’in, as soon as the exit polls came in on Tuesday night.

The party is projected to garner six or seven seats, making it indispensable in any right-wing government. Israeli Prime Minister Benjamin Netanyahu has called party leader Bezalel Smotrich, and the two discussed a future partnership.

The Religious Zionist Party has been cast by the left as extreme, due to the opinions expressed by some of its members.

Ahead of the election, Netanyahu called on right-wing voters to support the party, to make sure that it would succeed in garnering the four seats necessary to pass the electoral threshold—something that polls had predicted was questionable.

Moments after the results came in, a very emotional Rothman said this was “all due to the activists and with the help of God. The real results will be just as good, not just for us, but for the entire bloc. Let’s hope that, finally, a right-wing party emerges.”