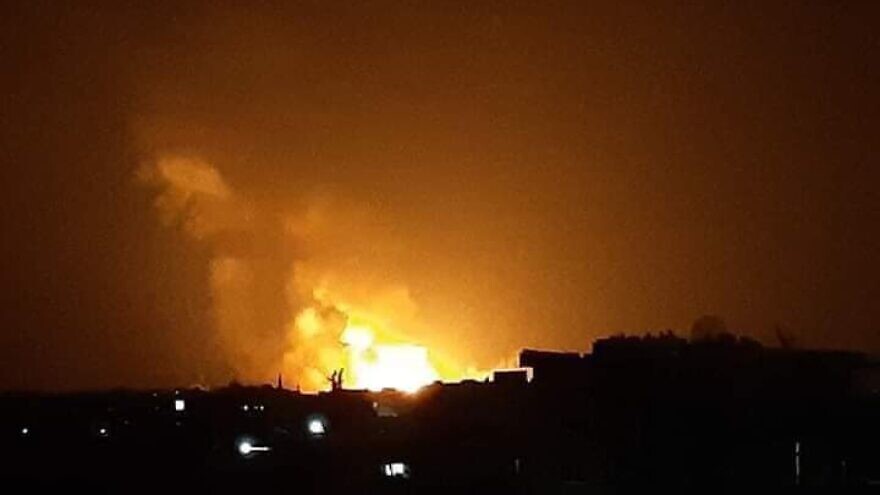 Israel struck a number of targets in the Damascus area early on Thursday morning, according to Syrian state media.

The Syrian Arab News Agency quoted a Syrian military source as saying that four soldiers had been injured in the strikes. The source said the strikes were launched from Lebanese airspace and had also caused material damage.

U.K.-based war monitor group Syrian Observatory for Human Rights (SOHR) reported that three militiamen were killed in the strikes and several more were wounded, some seriously. The attacks, which SOHR also attributed to Israel, destroyed a munitions warehouse believed to be used by militias affiliated with the Lebanese Hezbollah. There were unconfirmed reports of additional casualties, according to the group.

Thursday’s strike follows an alleged Israeli attack on militia warehouses in the Damascus area on March 16.