Two prominent Hungarian Jewish personalities, Ágnes Keleti and Rabbi Shlomo Koves, were among this year’s recipients of the prestigious Hungarian Order of Merit. The winners were announced on March 15, Hungary’s Independence Day. 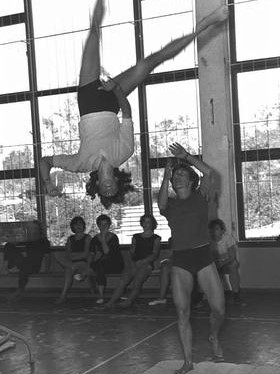 The Hungarian Jewish community is the largest in East-Central Europe with an estimated 100,000 members.

As the leader of EMIH (the Association of Hungarian Jewish Communities), Koves oversees nine synagogues across the country with 17 rabbis and Chabad-Lubavitch emissaries who serve local needs, as well as assist visitors to Budapest, Miskolc and Debrecen.

EMIH operates a food distribution center for the needy, as well as a kosher slaughterhouse, kosher restaurants, publishing house and more.

Born Ágnes Klein in 1921, her career was interrupted by the Holocaust. She was forced off her gymnastics team in 1941 because she was Jewish. She hid in the Hungarian countryside, surviving the Holocaust by assuming a false identity and working as a maid. Both her mother and her sister survived the war with the help of Swedish diplomat Raoul Wallenberg; her father and several relatives perished at Auschwitz along with more than half a million Hungarian Jews killed in Nazi death camps and by Hungarian Nazi collaborators.

The Order of Merit is the second-highest State Order in Hungary after the Order of St. Stephen. Founded in 1991, the Order revives the original tradition of the Kingdom of Hungary that existed from 1922 until 1946.