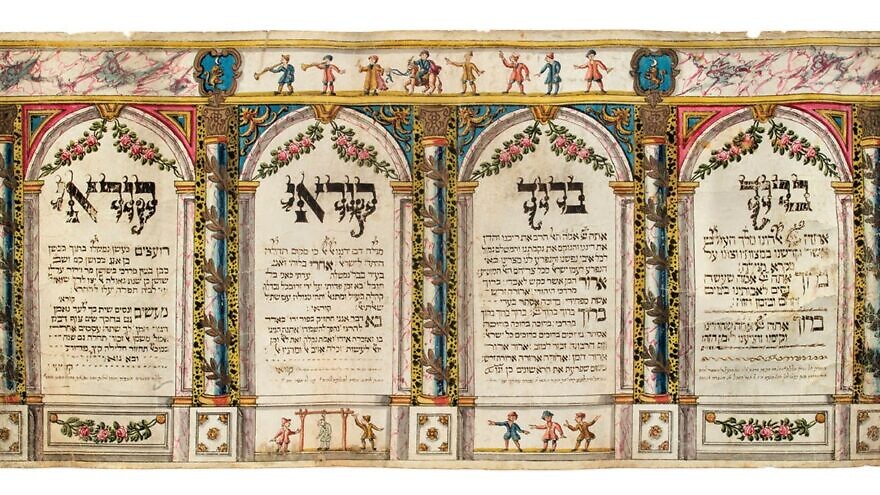 A Megillat Esther (“Scroll of Esther”) written by a 14-year-old Jewish girl from Rome was revealed this week in Jerusalem.

The discovery, especially significant as Scrolls of Esther inscribed during that time period by women are few and far between, sheds light on the role religious women occupied in Italian Jewish community life.

The scroll will be available for public auction next week at Kedem Auction House in Jerusalem.

The young female scribe was Luna Amron, daughter of a prominent and wealthy Roman Jewish family. Her identity was revealed from the colophon printed on the last page of the scroll, following the list of blessings recited after reading it.

The Amron family’s position in 18th-century Italian Jewish society is evident from the family seal stamped at the top of the scroll, which is formed of two heraldrian shields with a lion and crescent. 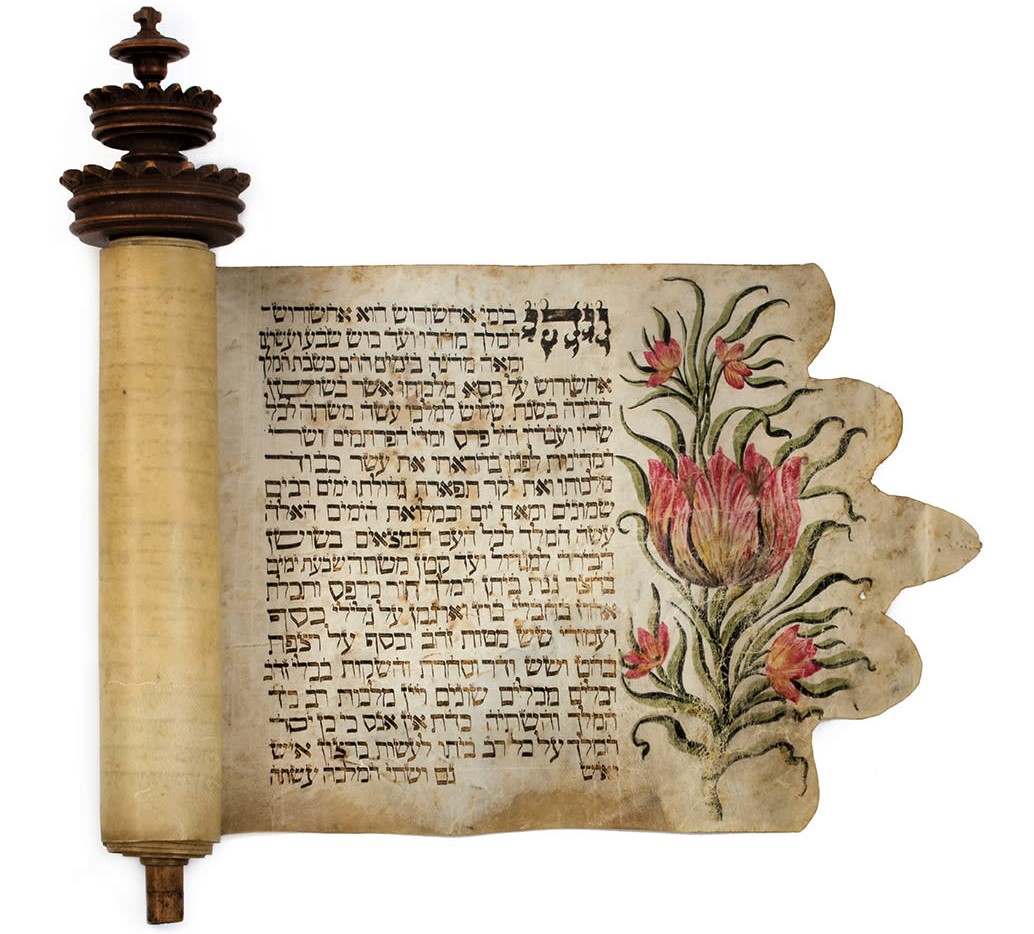 A Megillat Esther (“Scroll of Esther”) written by a 14-year-old Jewish girl from Rome was revealed in Israel and will be auctioned off in Jerusalem, November 2021. Credit: Kedem Auction House.

The fact that this Scroll of Esther was calligraphed by a woman is particularly fascinating when accounting for the fact that it renders the halachic status of the scroll arguable.

Some notable rabbinical opinions, including that of Rashi’s grandson, Rabbeinu Tam, maintain that the laws of writing a Sefer Torah are parallel to those of writing a Megillah and that a Megillah written by a woman is thus invalid. Others, as Maimonides, permit it on the grounds that a woman is obligated to listen to the reading of the Scroll of Esther.

Among various manuscripts that are known to be copied by famous women are only two other copies of Scrolls of Esther in Italy: One was written by Hannah daughter of David Joseph Pepirno (1840); and the other by Estalina daughter of Captain Menachem of Venice (1564).

There are also known cases of Scrolls of Esther written outside the borders of Italy, most famously a Scroll of Esther written by the daughter of Rabbi David Oppenheim (1664-1736), Chief Rabbi of Prague, who permitted it to be read.

Meron Eren, co-owner of Kedem Auction House in Jerusalem, noted that “what’s so beautiful about antique items like these is that they offer us a fascinating glimpse of how Jewish history is intertwined with Jewish law. Some 250 years may have passed since the day this scroll was written, yet the message it contains remains as relevant as ever.”