Israel’s largest medical center launched a new branch of Sheba Medical Center’s ARC Innovation Center at a ceremony on Tuesday at the Innovation & Entrepreneurship Center in the hilltop city of Kfar Qasem, which was attended by Knesset members, medical dignitaries and Kfar Qasem Mayer Adel Badir.

The establishment of ARC Kfar Qasem will accelerate innovations in medicine, make use of groundbreaking technologies and serve as a gateway for entrepreneurs in Israel and worldwide to an Arabic-speaking population of more than 300 million people.

The Kfar Qasem center, an extension of the ARC Innovation Center at Sheba Medical Center’s main Ramat Gan campus, will be located at the existing innovation center in the city and will be expanded to the fields of innovation in medicine and health.

The center’s establishment was made possible through a collaboration between ARC Sheba, the Kfar Qasem Municipality and Innovation BaseCamp, an Israeli company that initiates and manages ecosystems in Israel and abroad. BaseCamp is also expected to establish an industrial center for high-tech companies at the entrance to Kfar Qasem. 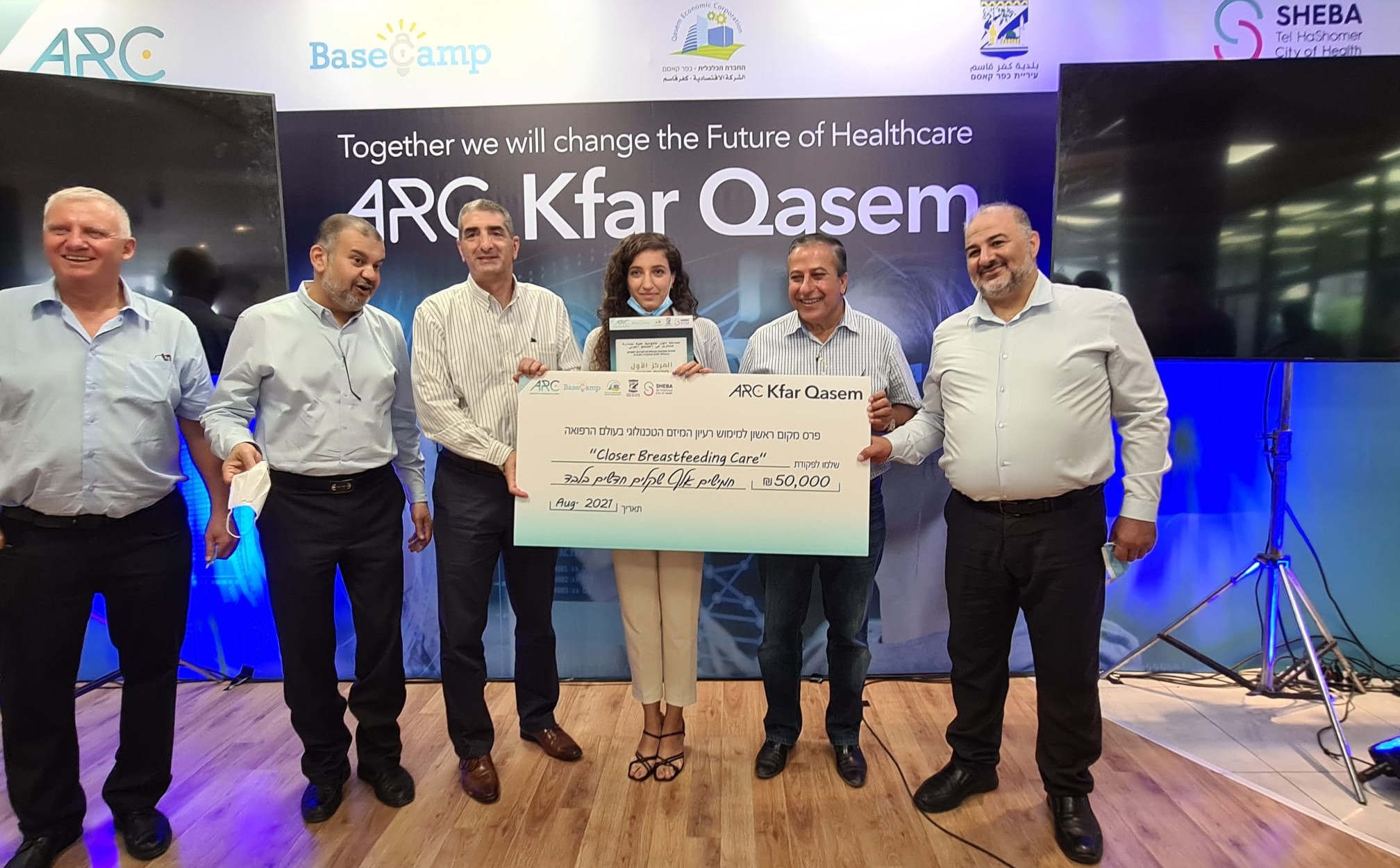 Winners of the “Best Pitch for Novel Medical Solution” by entrepreneurs from the Arab sector were announced during the ceremony.

First place went to Shada Abu-Ras from the village of Ilut, who is an occupational therapist studying for a master’s degree in occupational therapy with a specialization in assistive technologies at Tel Aviv University. She developed a product that will help babies with muscle weakness, lack of sucking reflex or a problem with sensory regulation succeed in breastfeeding.

“At Sheba, you not only save lives, but you also provide hope,” said Badir at the ceremony. “The fact that you chose to establish your ARC center here in Kfar Qasem is a symbol for the Arab minority in Israel that we can work together towards a brighter future.”