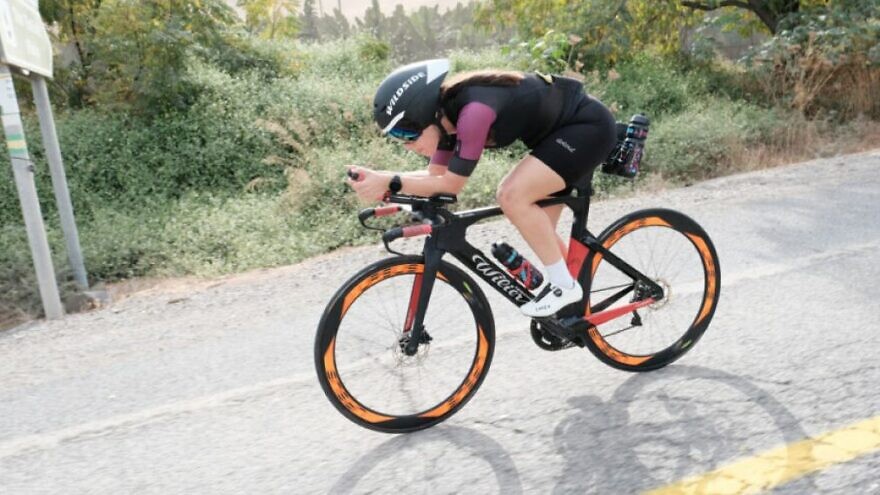 Until just two years ago, now-professional cyclist Goldie Gelhar had not done any sports in her life. Born and raised in the haredi city of Bnei Brak, she took a single swimming lesson as a child, but dropped out after the teacher said she had “weak legs.”

“In the haredi world, sports is not talked about that much, not for men and not for women, so most people live their lives without any physical exercise at all, until one day, they realize that without it, they cannot exactly live a long, happy life,” said Gelhar.

After coming to that realization herself, she took up running, and later, cycling.

“I got into it during the coronavirus, because I didn’t have a job and had a lot of free time on my hands and, frankly, felt like my body was rotting. This, of course, happened in other sectors as well, but especially [among] haredim, because [their] children did not study via Zoom and just sat at home doing nothing. I myself decided to go for a run and see how I felt.”

The competition, which is scheduled for Nov. 12, consists of 1.9 kilometers of swimming, 90 kilometers of cycling and 21.1 kilometers of running (the “70.3” refers to the total distance covered, in miles). It is considered an exceptionally challenging competition. In comparison, the Olympic triathlon comprises a 1.5-kilometer swim, 40-kilometer cycle and 10-kilometer run.

“I want to win and get on the podium, but I know that even if I don’t, what I already do for myself and the ultra-Orthodox society is already my success,” said Gelhar. 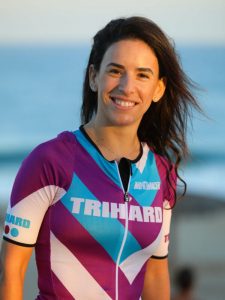 “When haredi women ask me how I find the time for sports, I tell them that there’s always a way. Not everyone has to participate in such competitions and train 17 hours a week like I do. Taking a Pilates class would already do wonders for ultra-Orthodox women. As for haredi children, running alone would change their lives.

“I tell them that even spiritually speaking, the feeling you get when you run is unlike anything else. Ultra-Orthodox women have busy lifestyles, but even they get time off, the majority of which they do not devote to sports.”

With an entire sector behind her, Gelhar dreams big.

“I don’t think the state is doing enough to bring ultra-Orthodox women into the world of sports. I want to create a mixed running group for ultra-Orthodox and secular women that I think will contribute to Israeli society in terms of sport and many other ways,” she said.

The first 40 participants to finish the Half Ironman will qualify for the 2022 Ironman 70.3 World Championship in New Zealand in December.