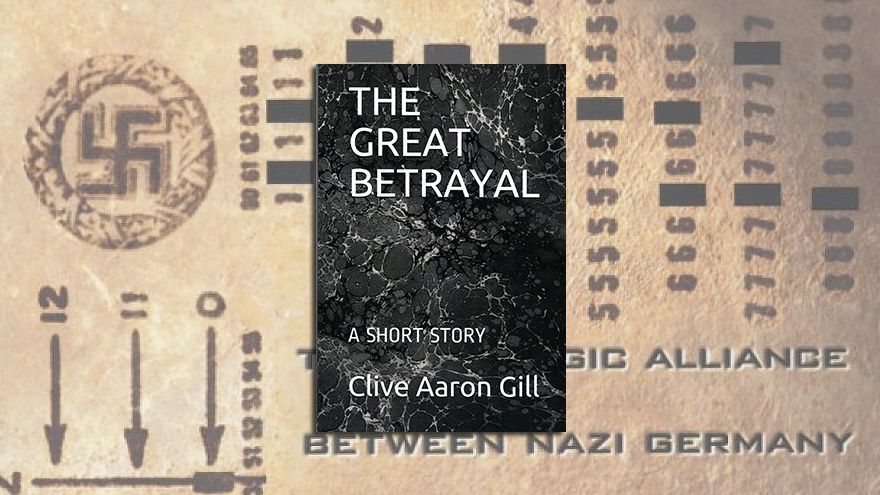 The role played by IBM and its subsidiaries in facilitating the Holocaust with its punch card system has been well documented, most particularly by Edwin Black, an occasional writer for this publication and author of IBM and the Holocaust: The Strategic Connection Between Nazi Germany and America’s Most Powerful Corporation.

Short story writer Clive Aaron Gill presents the discovery of the connection between IBM and the Holocaust in a pair of moral dilemmas, faced first by a grandfather and much later by his granddaughter Rebecca, whom we first meet as a school girl and later as a public relations executive for a charitable organization.

In this work of fiction, the grandfather, who fled Europe during the Nazi era, relates some of his life’s stories to Rebecca.  He told her that he quit working for IBM after learning that the company was producing the punch cards and technical advice needed by the Nazis to run their genocidal programs against Jews, Roma, and homosexuals.  How else, without a computer, can one keep track of the many millions of people slated for roundup, incarceration, and murder?

Rebecca remembered this information long after her grandfather died.  In her late 30s, she was asked by a wealthy donor to her pro-children charity on a date, and then on another, eventually leading to serious intimacy and romance.

Then, however, Rebecca learned that her lover was serving on the board of IBM, the company that ever since her talk with her grandfather on his death bed she associated with the murder of 6 million Jews, including her grandfather’s siblings.

Her lover dismissed her concern.  It was something that had happened a long time ago, he said.

But Rebecca’s conscience was not so easily appeased; she could not erase the memory.

It is not surprising that this short story was self-published on Amazon rather than being picked up by a commercial publisher.  The portion about the grandfather relating snippets of his life to Rebecca would have been suitable for a Young Adult audience.  However, an explicit sexual scene was included in the second portion of the story about Rebecca dating the wealthy donor.  Inclusion of such a scene made the book ineligible for the Young Adult audience.  Yet the earlier part, told simply so that a youngster first encountering the Holocaust might understand, made the short story commercially too basic for a mature audience.

In my opinion, Gill should have stuck with the Young Adult audience and left out the explicit sexual scene, which could have been simply implied. In either event, he has written a short story with a message well worth pondering.