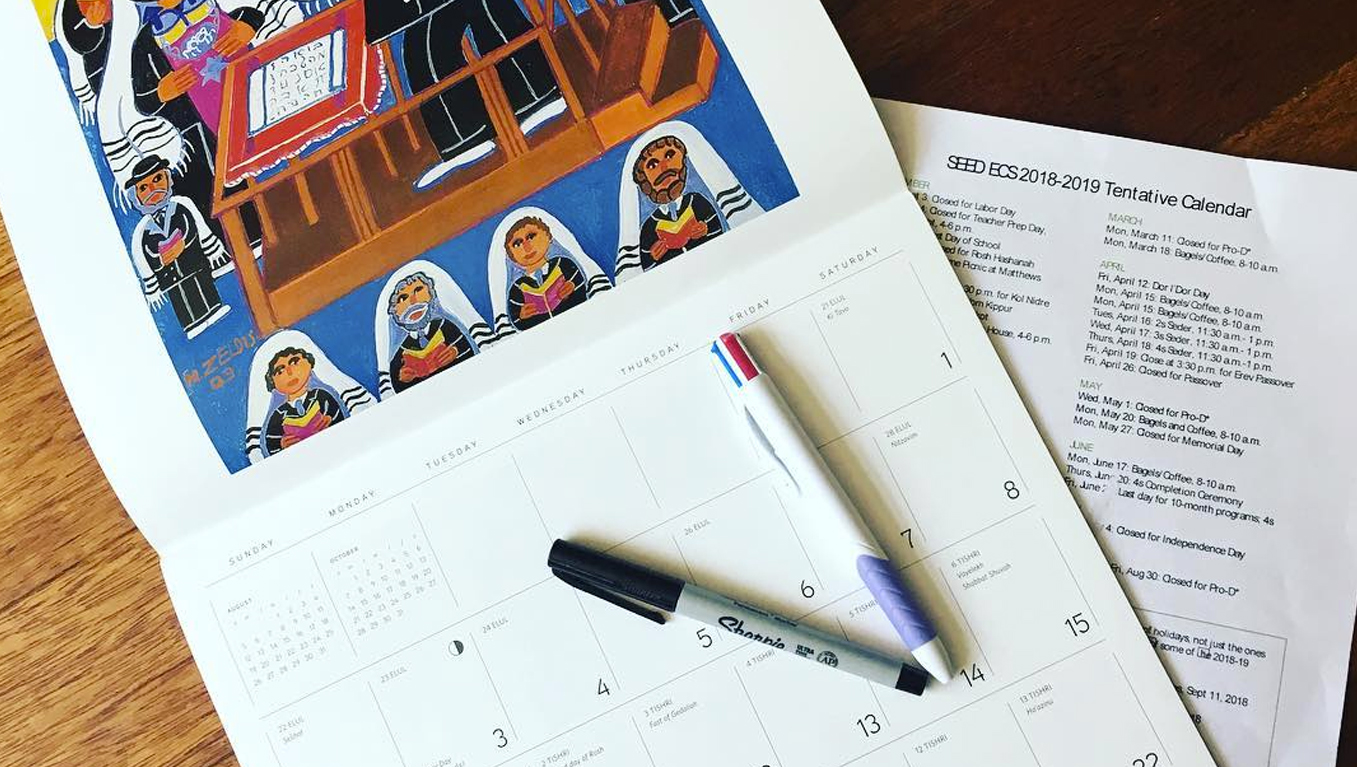 Blue Moons and Black Moons are not Jewish moons

The civil calendar, the Gregorian calendar, occasionally has the same phase of the moon reappearing within the same month. A Blue Moon is a full Moon presenting itself a second time within the same Gregorian-calendar month, happening approximately every 21/2 years. The last Blue Moon occurring on March 31, 2018, the next on October 21, 2020.

There are at least three different categories of Black Moons. A Black Moon is a New Moon showing itself for the second time in the same Gregorian-calendar month, which likewise happens roughly every 21/2 years. This event last occurred on August 30, 2019 and will appear again on April 30, 2022.

A Black Moon is also a New Moon failing to appear in a Gregorian-calendar month. This happens only in February because February has either twenty-eight or twenty-nine days, but lunar months have 291/2 days. A February Black Moon takes place about every nineteen years, and when it does, the preceding December or January and the following March or April each have Black Moons, a New Moon appearing for the second time in the same month. The last February Black Moon took place in 2014 and will repeat in February, 2033. Its subsequent Black Moons will occur at the end of the preceding January and the following March, respectively. The same scenario will take place in 2052.

Expressions like “Once in a Blue Moon” have no meaning to the Jewish calendar. Blue Moons and Black Moons are astronomical events recognizable in solar-based calendars, but fictitious occasions in the Jewish calendar system. Jewish months begin with a New Moon and end the day before the next New Moon, so each Jewish month can have only one New Moon, one quarter moon, one full moon, and so on.

Jewish months are not Jewish

Traditionally, Jewish months, like days of the week, have no names, only numbers. The Torah (Five Books of Moses) records these as the first month, second month, third month, first day, second day, third day, and so on. There are two exceptions, the seventh day is called Yom Ha-Shabbat, the day of rest, and the first month of the religious year, Nisan, is named Hodesh Ha-Aviv, the month of spring. The Book of I Kings, chronicling the unified monarchy in the tenth century BCE, when the Israelites interacted with the Canaanites, employs both the Jewish numeric names and the names of the months found in the Canaanite calendar: Ziv, Eitanim, and Bul. The biblical books written after the Babylonian captivity, in 586 BCE, use traditional names for the months as well as the names of the month used in Babylonia. Today, all months in the Jewish year are referred to by their Babylonian names: Adar, Nisan, Iyyar, Sivan, and so forth.

The Jewish Calendar repeats only at enormously long intervals

The Julian calendar, first proposed by Julius Caesar in 46 BCE, adopted by the Roman Empire in 26 CE and later by the Catholic Church, remained the standard for much of the Western World until the late sixteenth century. The Julian calendar, constructed with three hundred sixty-five days in common years and three hundred sixty-six days in leap years, every four years, has an average length of 3651/4 days per year. If each year has an extra quarter day, then it takes four years to build a full day and twenty-eight years to construct a full week. When this happens, the calendar repeats itself, known as its recursive period.

Unfortunately, the Julian calendar is too long compared with the time it takes the sun to return to the same position relative to the earth, a solar year, by nearly eight days every thousand years. In 1582, the Julian calendar led the sun by ten days, making calendrical spring ten days earlier than its actual start, the vernal equinox. This is known as the Easter Problem since the date for Easter Sunday is based on the arrival of the New Moon after the start of spring.

The present-day Jewish calendar is far more complex. Jewish common years can be 353, 354, or 355 days long and Jewish leap years can have 383, 384, or 385 days. The Jewish calendar is also based on a nineteen-year cycle having twelve common years and seven leap years. The only connection between lunar and solar calendars is through a link known since antiquity: Two hundred thirty-five lunar months has the same number of days as nineteen solar years. From this we find the average length of a Jewish year to be 36524311/98496 days. 98,496 years are needed to form one day and seven times 98,496 years to make a full week. The Jewish calendar’s recursive period is 689,472 years. Their joint recursive period, the number of years needed for the Jewish and Gregorian calendars to once again be synchronized, is 17,236,800 years.

Jewish months are not lunar months

The Jewish calendar appears in history in two forms, the original observation-based calendar and the calculated, or fixed calendar, which became the operating Jewish calendar beginning in 359 CE, when Sanhedrin President Hillel II disseminated its secret mathematical rules.

According to legend, on 1 Nisan, two weeks before the Exodus, God showed Moses the unique shape of the New Moon and the rules for finding it in the night sky. This calendar is never wrong, as witnesses appeared before the priests and later the Sanhedrin declaring to have seen the New Moon. If, after interrogation, the priests or rabbis found two reliable witnesses, the High Priest or Sanhedrin president declared a new month and blessed it. Bonfires were set and messengers traveled throughout Israel, Judea and into the Diaspora with the news.

The Torah (Lev. 23) requires a grain sacrifice on the Sabbath after Passover, so on Tu B’Shevat (two months before Passover) emissaries were sent to Judea, Transjordan, and the Galilee to examine the crops. If barley, for instance, were not ripe in any two of the three inspected areas, the High Priest or Sanhedrin president, at the next New Moon, interposed a thirteenth month, producing a leap year, allowing the grains to ripen.

The calculated calendar, however, is wrong. The Talmud (Rosh Hashanah 25a) records the length of a Jewish month to be 29 days, 12 hours, 793 parts, the same as 29 days, 12 hours, 44 minutes, 31/3 seconds. The difference between the length of a Jewish month and the length of a lunar month is 16/100 parts per month, or about one hour every five hundred sixty-three years. The Jewish calendar now leads the moon’s phase by nearly three hours. In 13,512 years, the Jewish calendar will have progressed one day relative to the lunar phase and in 189,168 years (if humanity is still alive and the Jews can survive) the new month will be blessed with the rise of the full moon.

Rosh Hashanah always falls on 1 Tishri, yet anyone observing the holiday knows its date varies from year to year in relation to the civil calendar because there are six possible lengths to the Jewish calendar, but only two for the civil calendar. The Jewish year is shorter than the civil year in Jewish common years, but longer in Jewish leap years.

Picture a freight train with a flat car. Sitting on this flat car is a huge mound of Jell-O, wiggling and shaking non-stop back and forth, just like the Jewish calendar. Some years Rosh Hashanah is early; some years late. What most people don’t know is the train is moving. The Jewish calendar gains on the Gregorian calendar one day in about two hundred thirty-two years.

Those observing a yahrzeit, the Jewish-calendar date commemorating the death of a loved one, in late December or early January know in some civil years there is no yahrzeit followed by a year having two. The same will happen with Rosh Hashanah. Rosh Hashanah will occur on Saturday, December 12, 22201. Civil year 22202 will not have a Rosh Hashanah, but 22203 will have two, the first appearing on Saturday, January 1, 22203 and the second on Tuesday, December 20.

As Rosh Hashanah moves forward through the calendar, so do all Jewish holidays.

There is a Passover problem

The Torah (Ex. 23) commands that Passover must fall in hodesh ha-aviv, the month of spring, the month of Nisan. The forward motion of the calculated Jewish calendar with respect to the Gregorian calendar creates a major problem, the Passover Problem, because Nisan will find itself in summer, then autumn, and then winter as time goes on. What is the latest Passover can fall and still be considered in hodesh ha-aviv and compliant with God’s command?

Judaism has two traditional approaches for finding the start of spring, one according to Mar Samuel and the other by Rabbi Ada. Their answers significantly differ from one another, yet inconsequentially so, since both methods are incorrect. Each uses mathematics to find the beginning of spring, but spring is not a mathematical construct; it is an astronomical event.

If spring begins on March 21, then the month of spring must be the thirty-day period from March 21 to April 20. If 1 Nisan falls on April 20, Passover, occurring two weeks later, falls on May 4. This is the latest Passover can begin and still be considered in hodesh ha-aviv. Passover will fall after this date for the first time on Saturday, May 5, 4266, and will take place after the summer solstice in June, 15115.

A day is not necessarily twenty-four hours long

The New Moon does not care about the Jewish calendar, it can and does appear on any day of the week, but the rabbis want the New Moon of Tishri, the first day of Rosh Hashanah, only to occur on Mondays, Tuesdays, Thursdays, and Saturdays, primarily for religious reasons. To ensure this happens, they developed a set of postponement rules condensing the seven-day week into four days for the computation of the start of Rosh Hashanah. You might think that each day holds forty-two hours, one-quarter of the one hundred sixty-eight hours comprising a week, but not so. The postponement rules cause the number of hours in the permitted days to expand, contract, and subsume the hours of Sunday, Wednesday, and Friday is peculiar ways. As far as the New Moon of Tishri is concerned, Monday in a common year, for example, is either forty-five or forty-eight hours long. Tuesday in a common year can have either fifteen or twenty-four hours, but in a leap year it can only have seventeen hours, and so on. This explains why a Tuesday Rosh Hashanah is the least frequent day for the holiday’s appearance—the fewer the number of hours in a day, the less likely a New Moon will be seen on that day.

According to Jewish tradition, the Messiah will arrive in the Jewish year 6000, a little more than two hundred years from now. At that time, the Temple will be rebuilt, the Sanhedrin restored, and the observation-based Jewish calendar, a calendar that is never wrong, re-established, so, thankfully, none of the egregious events described here will ever come to pass!