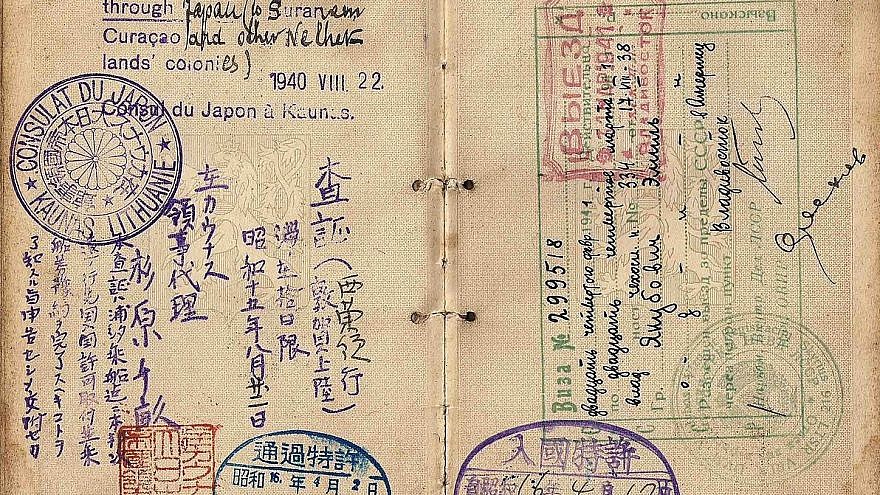 The Jewish National Fund was left scrambling to apologize to the son of a former Japanese diplomat who saved the lives of approximately 6,000 Jews during the Holocaust, after a memorial grove of trees planted in his honor was flattened to make way for apartment buildings in Beit Shemesh without any notification.

Trees were planted in memory and in honor of Chiune Sugihara, the Japanese “Oskar Schindler,” who violated orders from his government to issue thousands of visas from Lithuania to Japan. Schindler saved 1,200 Jews during the Holocaust.

Witnesses said that he continued to issue visas from the train from which he departed Lithuania when the consulate was closed in 1940, even issuing and throwing them out of the windows at the desperate Jewish crowd as the train pulled away. He gave his official consulate stamp to a refugee to forge more visas after he left.

Sugihara was honored as a “Righteous Among the Nations” in 1985. In 1986, the Jewish National Fund planted a memorial orchard outside Beit Shemesh with a plaque reading “In appreciation of the humane and courageous actions that saved 5,000 Jews from World War II.”

Too ill to attend the dedication ceremony, Sugihara died several months later at the age of 86.

However, his son Nobuki Sugihara arrived in Israel last month to find the memorial after getting reports from Japanese visitors that they could not locate it. Upon searching the site, he realized that the grove had been unceremoniously flattened, and that an apartment project stood in its place.

The younger Sugihara penned a letter expressing his incredulity and disappointment to the Jewish National Fund, saying the memorial was probably “turned into trash by an unfeeling bulldozer,” and that the move dishonored the Japanese people who had supported the erection of the memorial.

JNF replied with an apology, explaining that the city of Beit Shemesh had tremendously expanded since the memorial was put in place, and that it has rendered the spot “not fit for use a memorial.” The organization vowed to make things right by planting a new memorial orchard somewhere else in Israel.

In late January, Nobuki Sugihara took part in a ceremony honoring the heroism of his father at the Yad Vashem Holocaust Memorial Museum, hosted by the Jewish educational organization Limmud FSU, the branch of Limmud dedicated to Jews of the former Soviet Union.

It was during this trip that he discovered that his father’s memorial had been destroyed.