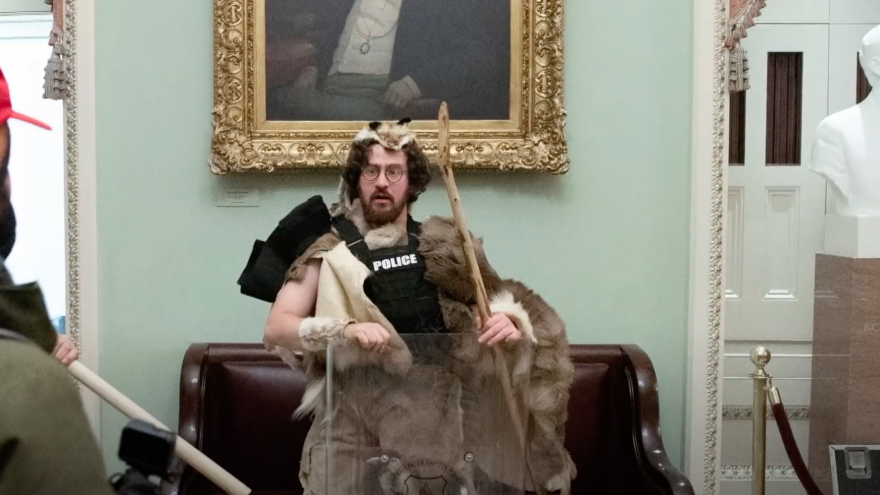 The son of a judge in Brooklyn, N.Y., was arrested on Tuesday for taking part in the Jan. 6 mob invasion by Trump supporters at the U.S. Capitol as Congress tallied U.S. President-elect Joe Biden’s electoral victory.

Aaron Mostofsky, 34, was reportedly arrested by the FBI at his brother’s residence in Brooklyn. He appeared before Eastern District Magistrate Judge Sanket Bulsara, who set bond at $100,000. Prosecutors described his conduct as “a mob attack and a rampage on the U.S. Capitol.”

He was reportedly charged with four counts of felony theft of government property, knowingly entering or remaining in a restricting building without lawful authority, and doing so with the intent to impede government business and disorderly conduct in the Capitol.

Mostofsky was caught on camera breaching the building.

“He was not rampaging,” said Schwartz. “He understands how the whole thing in Washington got out of hand.”

Last week, Aaron Mostofsky told the New York Post that he was in Washington to protest what he called a “stolen election.”

“We were cheated. I don’t think 75 million people voted for Trump—I think it was close to 85 million,” he said. “I think certain states that have been red for a long time turned blue and were stolen, like New York.”

His claims have been disproven in courts around the country and at the U.S. Department of Justice.