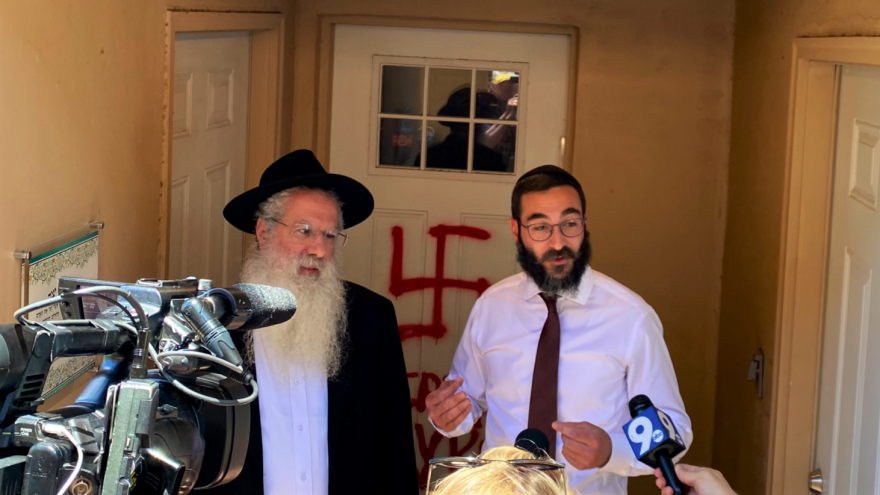 A Chabad House in Tucson, Ariz., was vandalized overnight on Sunday with a swastika and anti-Jewish writing. It is the second such incident against the Jewish community in recent weeks.

“We are very disturbed about the incident and are working closely with the police to find the party responsible,” said Rabbi Rami Bigelman, director of Chabad on River, wrote on Facebook.

According to a local media report, Chabad on River has been broken into several times; however, this was the first time it was vandalized.

The synagogue is one of several Chabad centers in Southern Arizona and under the direction of Rabbi Yossie Shemtov, executive director of Chabad Lubavitch of Tucson, who stated: “We are determined not to be affected by this distressing incident and will continue serving the wider community.”

“Sadly, this isn’t an isolated event. We see anti-Semitism on the rise around the globe, including in our own state,” said the governor. “This is wrong. Arizona stands with the Jewish community and with Israel. The lessons of the Holocaust are clear—racial intolerance and religious bigotry have no place in our society.”

The desecration of the Chabad of River comes less than a month after someone threw a rock through a glass door at Congregation Chaverim, another Tucson synagogue.

State Rep. Alma Hernandez, who belongs to that congregation, tweeted her sadness over yet another synagogue desecration in her hometown.

“Sad to wake up to the news that @Chabad on River was vandalized. When it happens to one, it happens to all of us. The amount of Jewish hate isn’t shocking. The silence is,” she wrote, urging people to keep the Arizona Jewish community “in your prayers.”

Chabad of Tucson, meanwhile, urged everyone to follow the lead of the Lubavitcher Rebbe, Rabbi Menachem Mendel Schneerson, and “turn tears in action.”

They asked people to “fully reject expressions of bigotry” and “be more kind in thought, speech and action towards others.”