Home Recommended Movies The new ‘Dumbo’ vs. the old ‘Dumbo’ 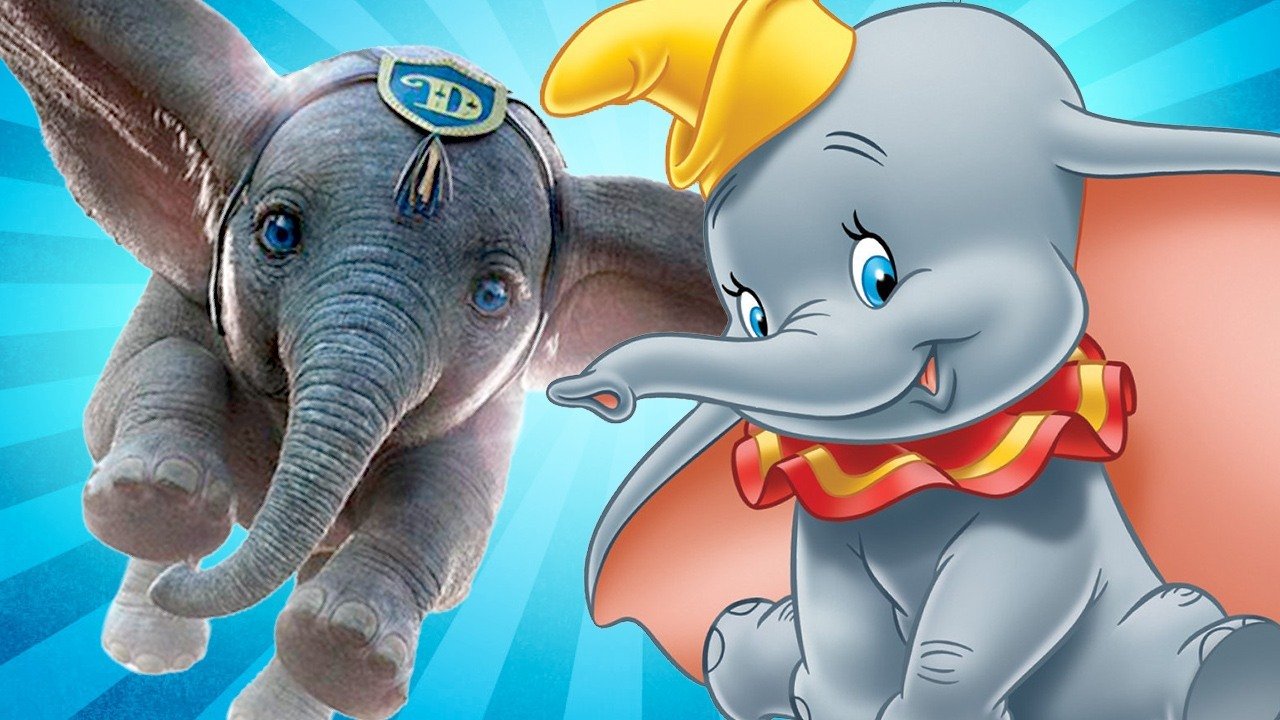 OK, I’ll admit it, I enjoy children’s movies.  They are frequently gentle, sentimental, and have happy endings.  I went to see  Tim Burton’s new version of Dumbo and liked it very much.  Although I saw the old Dumbo movie when I was very young, I could barely remember it.  I found a copy of it at my local library.  After watching it, I understood why I could barely remember it.  And so I am mystified when friends and acquaintances keep telling me that the reviewers pan the new Dumbo and prefer the old one.

The old Dumbo barely had a setting: it occurred during an indefinite time period in a circus wintering in Florida.  It began with storks delivering baby animals to their mothers in the circus.  Mrs. Jumbo’s baby was late to arrive, but finally got there.  Once the baby arrived, the other female elephants rejected him because of his oversized ears.  They behaved like catty, nasty human beings.  These elephants immediately named him Dumbo.  Dumbo and his mother were soon separated when Mrs. Jumbo behaved violently to protect Dumbo.  Dumbo was a lonely, frightened baby elephant.  The only one to take pity on him was Timothy Mouse.  The mouse became the elephants friend and mentor.

It is interesting that it was important to protect children from the knowledge of how babies are born.  However, it is perfectly OK to show drunken clowns and even Dumbo and Timothy getting drunk.  Crows were portrayed as Black minstrels. My last complaint is there were really no distinct human characters.  There was a ring master “Boss” and his helper “Joe.”  There were other humans, but they were never identified.

In contrast, the new Dumbo had a definite setting: 1919, towards the end of World War One and it was again set in a circus wintering in Florida.  It is a hard time: the war is disgorging damaged human beings, there is an economic depression, and many have died from an influenza epidemic.  One of the main characters, Holt Farrier (Colin Firth) returns from the war with one arm missing.  He was a rodeo rider in charge of the horses.  However, since the circus has fallen on hard times, the owner, Medici ( Danny DeVito) has had to sell all the horses.

Holt’s wife died during the epidemic, but he returns to his son and daughter.  Holt is put in charge of the elephants and his children take care of Dumbo when he is separated from his mother, who causes a disaster while trying to protect him.  The children discover Dumbo’s ability to fly.  Dumbo becomes famous.  This brings a greedy, New York circus entrepreneur, Vandemere (well played by Michael Keaton) on the scene.  Things appear to go downhill.

However, romance comes into Holt’s life, the whole Medici troupe works together to reunite Dumbo with his mother and all ends well.  The conclusion with Dumbo and his mother back in India where she is from really calls for suspension of belief, but hey, it’s a heartwarming ending. The new Dumbo injected with human characters is a much more satisfying movie.