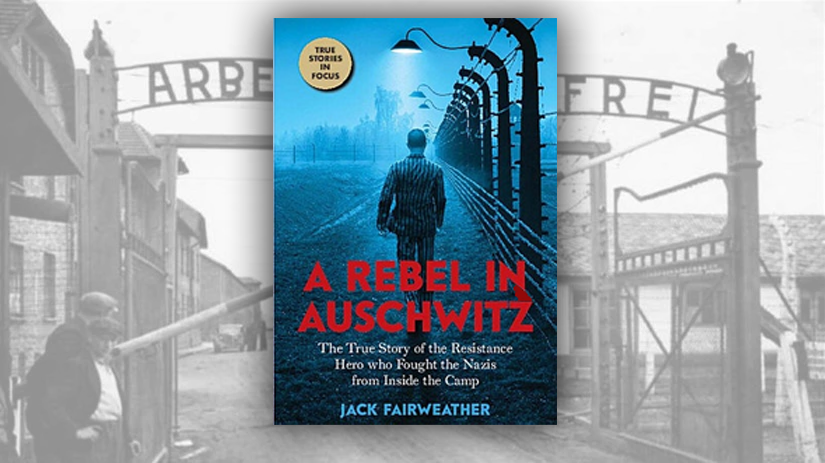 Witold Pilecki, a member of the Polish resistance, learned of a new camp established by the German Nazis in the Polish city of Oswiecim, toward what end no one knew yet.  He volunteered to do the unthinkable: to purposely be captured by the Nazis and to be sent to the camp, which came to be known as Auschwitz.

Pilecki, who was in good health in the prime of his life, was sent as a political prisoner on work details outside the camp; his life as a prisoner was significantly different from those of Polish Jews, whom the Nazis segregated along with Catholic priests pending their annihilation.

As was the plan, Pilecki, who had carefully recruited other inmates to his cause, painstakingly documented what was occurring at Auschwitz — the sadistic treatment of prisoners, the random executions, the first experiments with Zyklon B to mass execute prisoners — and, at the risk of his life, managed to sneak these reports out to couriers, who carried them to Warsaw, from which they were transmitted to London.

However, after two years of captivity, there still was no response to Pilecki’s reports.  No one attacked Auschwitz or tried to prevent further occurrences of mass murder, frustrating Pilecki to such an extent that he decided he must escape from the concentration camp and tell to the world the story of what was happening there.

In a well-planned escape from a work detail, Pilecki did just that, making his way to Warsaw, where he learned that his messages had been received, but for various reasons, nothing was done to save the Auschwitz inmates, not the Jews, not the Polish Christians, and not the Soviet soldiers who were captured in the early years of World War II.  The Polish Resistance believed it needed to reserve its strength until after Soviet forces in the latter part of the war drove the Germans out of Poland at a time when the Resistance might declare an independent Poland.

Disillusioned, Pilecki thereafter worked for the Resistance, but like other Poles was disappointed when the Soviets laid brutal claim to Poland, executing or imprisoning any who stood in the way of Poland becoming a Soviet satellite.  Pilecki was imprisoned with many others and eventually shot to death for anti-Soviet activity.

The Polish patriot had thought that his efforts were in vain to tell the story of Germany’s unbridled murder spree, but his papers were discovered years later and published.  He may not have been able to help the victims of his generation, but his writings could sensitize readers and leaders of future generations.  Pilecki’s heroism was recognized, as was the lesson he learned at Auschwitz:  To succeed at any task a leader must be willing to put his trust in others, as he did, when making life-or-death decisions telling inmates about his pland for resistance.  Any one of the recruits might have exposed him in order to curry favor with the Nazis.

Pilecki’s biography, which is well researched, is intended for use in schools for Grades 7 and Up.  Author Fairweather was able to convey the horror and brutality of Auschwitz while giving due regard to the sensibilities of his intended young readers.