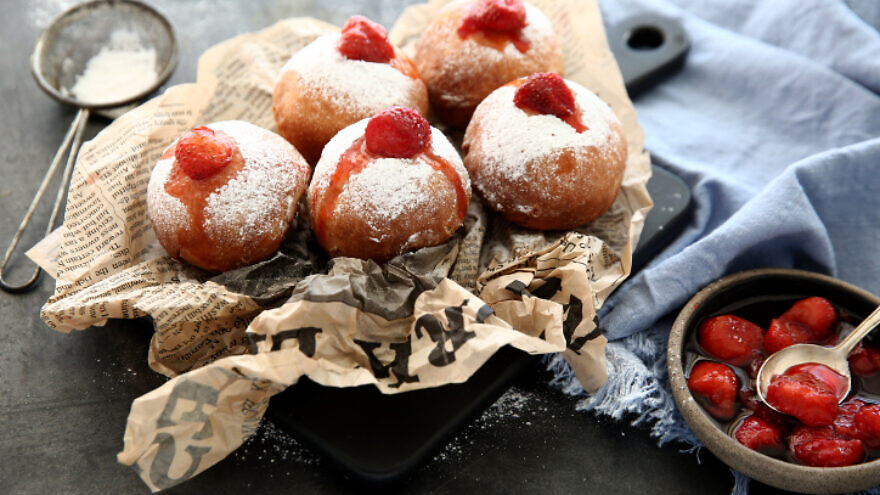 Hanukkah is may people’s favorite Jewish holiday. And quite rightly so, since a main way to celebrate the festival involves eating mountains of deliciously fried foods day after day, as well as gifting rituals and tons of chocolate coins. This year, we thought to present you with our very own unofficial guide to celebrating Hanukkah. Follow it closely to ensure that you, too, enjoy the holiday to the max.

Our cardinal rule, by the way, is that there’s no such thing as too many latkes.

In many households, setting up all the hanukkiyot (Hanukkah menorahs) ahead of the candle-lighting ceremony is delegated to one family member. Make sure that person is you. This way, you will be able to snag the very best candle colors for your own hanukkiyah (these colors being red and yellow, obviously) and leave your younger siblings or other lesser family members with the oh-so-boring white and blue ones. 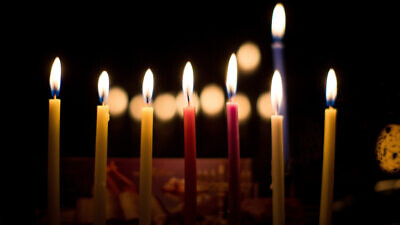 Pretend to know all the words to “Maoz Tzur”

Belting out “Maoz Tzur” is one of the hallmarks of the holidays, but friction always erupts when one family member insists on plowing through all of its many, many verses, regardless of whether everyone else actually knows all the words. Should this happen, simply smile beatifically and fake it till you make it. If you carry it off with enough confidence, no one will notice you’re just repeating the first two verses. We say this from experience.

Go along with the family singalong

In many Israeli families, or at least in mine, Hanukkah’s seen as a wonderful opportunity to revisit all the holiday songs and dances learned in kindergarten that have since been long forgotten. Instead of pulling a face when your mother begins stomping around to the sounds of “Banu Choshech Legaresh,” nod along sympathetically and push the nearest grandchild in her direction. They’ll have a fabulous time, and you can run to the kitchen with the excuse that the latkes need flipping.

There’s no such thing as too many latkes

Speaking of latkes, we’ve come to the most cardinal rule on this list: There is simply no such thing as too many of them. And by latkes, we mean potato ones, called levivot in Hebrew. Fried in plenty of oil and served with sour cream and/or applesauce. Absolutely heavenly. By the way, this is not to say that we turn down our noses at zucchini or corn fritters, but really, they’re no competition. 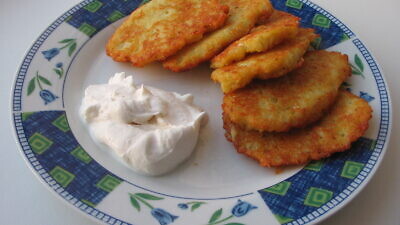 The dreidel (sevivon in Hebrew) is no doubt a major symbol of the holiday, but to be honest, they’re not that fun, as a quick spin or two soon demonstrates. So our advice to you is to simply not to bother. Stop being all enthusiastic about them, and get the kids to set the table instead. Trust us, they’ll enjoy it more. 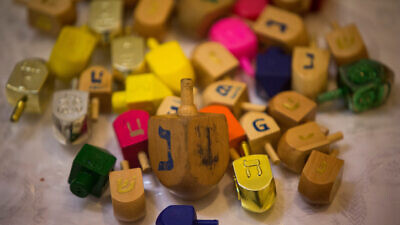 Don’t ever volunteer to pick up the donuts

Unless you enjoy spending hours in line or having your family and friends deride your taste in donuts, make sure never to volunteer to pick them up for your Hanukkah party. There’s nothing worse than going to all the expense and effort of choosing a seemingly fabulous box of donuts (sufganiyot in Hebrew) only to have one person moan that you forgot to get chocolate ones, or another virtuously announce that his/her favorite is an old-fashioned jam one. As if. 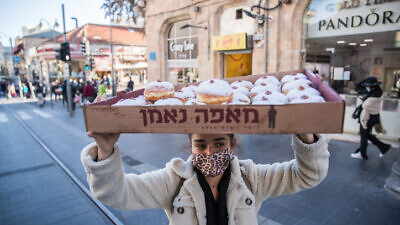 A woman carrying a box of sufganiyot (donuts) for the Hanukkah holiday, Jerusalem, Dec. 10, 2020. Photo by Yonatan Sindel/Flash90.

Make sure you only host one candle-lighting

At first glance, candle-lighting seems like a relatively easy hosting task: You don’t have to prepare a three-course meal; dessert is taken care of; and the whole affair can be done buffet-style. You’ll end up thinking very differently when you find yourself leaving work early to pick up the donuts (what did we tell you?), grate and fry mountains of root vegetables (more on that later) and have your curtains almost catch fire because someone insists on being all traditional and placing the hanukkiyot on the windowsill. When viewed this way, hosting one evening out of eight sounds plenty, doesn’t it?

Open all your windows when frying

Yes, we know that Hanukkah takes place in December. And yet, if you don’t open every single window in your house while you fry your latkes (and if you’re being adventurous, also your donuts), you will find that your kitchen, living room and almost certainly your bedroom will reek of oil for days. Don’t worry about the cold: You’ll be all nice and sweaty from the effort, and everyone else can just pull on a sweater.

The big debate—eight little presents or one big one?

Come Hanukkah, we all need to make a super-critical choice: Would we rather receive eight little presents handed out one at a time, or one big one to be unwrapped with great ceremony? This needs to be decided and announced way in advance, not only to allow our relatives to do the required shopping, but also to ensure that everyone’s on the same page. There’s nothing worse than receiving a trinket when you were hoping for something just a tiny bit bigger, and a screaming, disappointed child kind of ruins the holiday cheer.